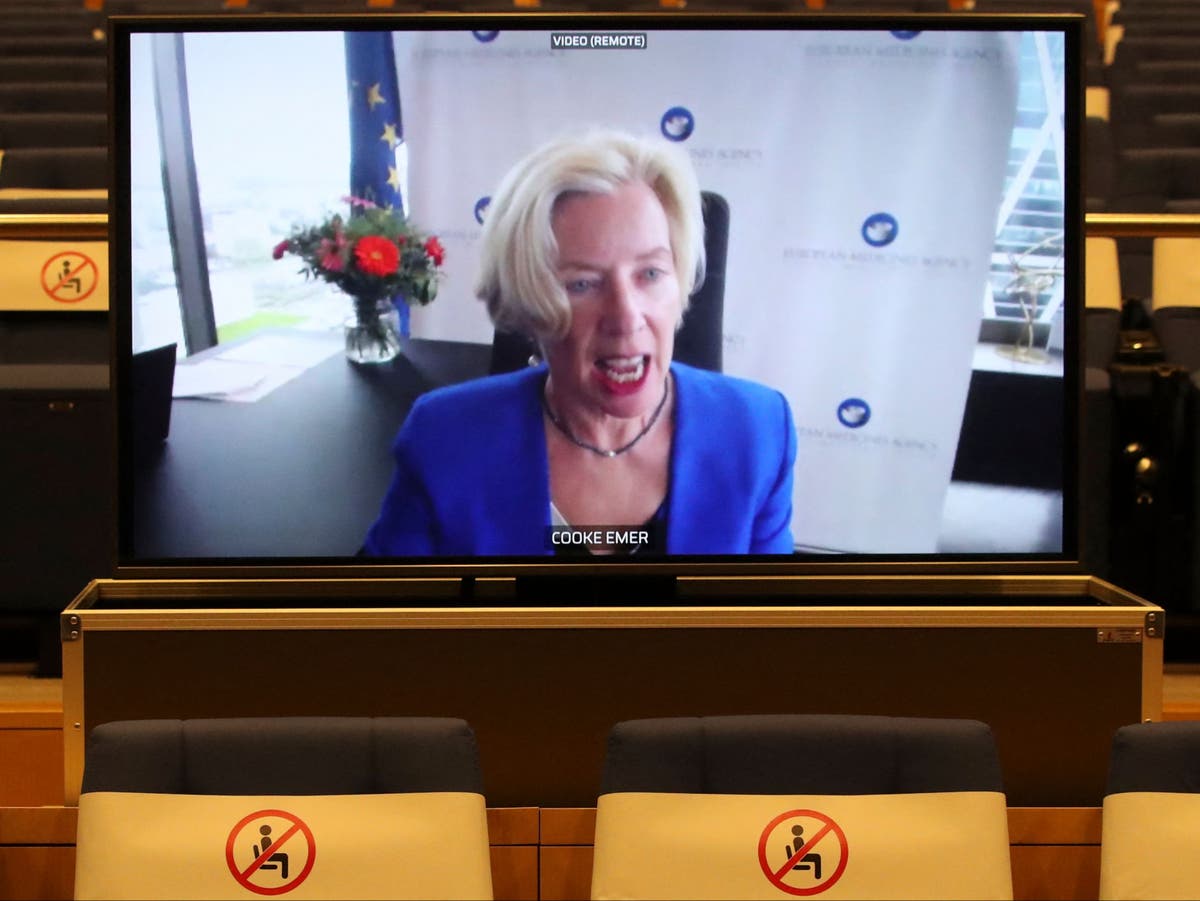 The European Union’s medicines regulator has said there is “no indication” that the AstraZeneca vaccine is linked to the blood clots that have been reported among some recipients.

Emer Cooke, head of the European Medicines Agency (EMA), said the adverse events were currently being investigated on a case-by-case basis, with a recommendation regarding use of the vaccine due to be made on Thursday.

Despite these reassurances, much of western Europe – including Germany, Spain, Italy and France – has temporarily suspended use of the vaccine, choosing caution over speed, even as cases threaten to surge on the continent.

Sweden was the latest nation to join this swelling group on Tuesday, leaving the likes of Belgium, Poland, Romania and Greece among a handful of countries left in Europe which are continuing to roll out the jab.

There have been 37 reports of ‘thromboembolic events’ among the more than 17 million people who have received the vaccine across the EU and Britain, according to AstraZeneca.

The drug giant said the incidence of these clots is much lower than would be expected to occur naturally in a general population of this size and is similar to that of other licensed Covid-19 vaccines.

On the basis of current available data, Ms Cooke said that “there is no indication that vaccination has caused these conditions”.

She added: “They have not come up in the clinical trials and they are not listed as known side events with this vaccine.

“In clinical trials, both vaccinated people and people who received the placebo have shown some very small number of blood clot developments.

“The number of thromboembolic events overall in vaccinated people seems not to be higher than that seen in the general population.”

Scientists and experts have reacted with concern to the decision to pause administration of the AstraZeneca vaccine, insisting more lives are being put at risk from Covid-19 than any adverse side effect that may or may not be linked to the vaccine.

“The harm caused by depriving people of access to a vaccine will likely vastly outweigh even the worst case scenario if any link to the clotting disorders is eventually found,” said Dr Stephen Griffin, an associate professor in the School of Medicine at the University of Leeds.

“It should also be noted that nationwide gestures such as this are bound to fuel hesitancy, or more extreme anti-vaccine sentiment, further undermining the vaccination effort.”

Data from MHRA meanwhile suggests that more reports of blood clotting have followed recipients of the Pfizer vaccine than the AstraZeneca one – the former of which has not been suspended.

Up to 28 February, there were 38 reported thromboembolic events from approximately 11.5 million administered doses of the Pfizer vaccine, compared to 37 from 17 million AstraZeneca jabs.

The equivalent of one blood clot for every 367,000 vaccines, both figures do not represent cause for concern and are not higher than the risk expected in the general population.

Ms Cooke said the EMA was receiving and assessing similar reports related to other coronavirus vaccines in use across Europe.

“We are looking at adverse effects associated with all vaccines,” she said during Tuesday’s press conference.

“At the moment the current focus, because of the reported instances in Europe, is of the AstraZeneca (vaccine) but we have looked at the background rates for all the vaccines currently in circulation and it looks like there are similar numbers coming in across the world.”

Despite the clear indications that the AstraZeneca vaccine is safe to use, the EMA intends to conduct a “serious and detailed scientific evolution” nonetheless, Ms Cooke added.

“We have pulled together an ad hoc meeting again today to help us evaluate these cases with all the surrounding information that the member states will have,” she said.

“The experts will then carry on their assessment and again will meet on Thursday to come to a conclusion on the full information that has been gathered and to advise us as to whether there are any further actions that need to be taken.

“We will inform the public of the outcome immediately after this meeting.

Ms Cooke said part of the investigation was looking into any disparity in different batches of the vaccine.

“Originally some specific batches were suspected of being linked to these side events,” she said.

“We have actually mobilised our biological working party to look carefully into the possibility or plausibility of any events linked to specific batches or differences in manufacturing that might in any way lead to some disparity across batches.

“So that’s part of the investigation.”

0 0 0 0
Previous : Alarming video reveals everything Google knows about who you are
Next : Moderna to start Covid vaccine trials on children as young as six months old