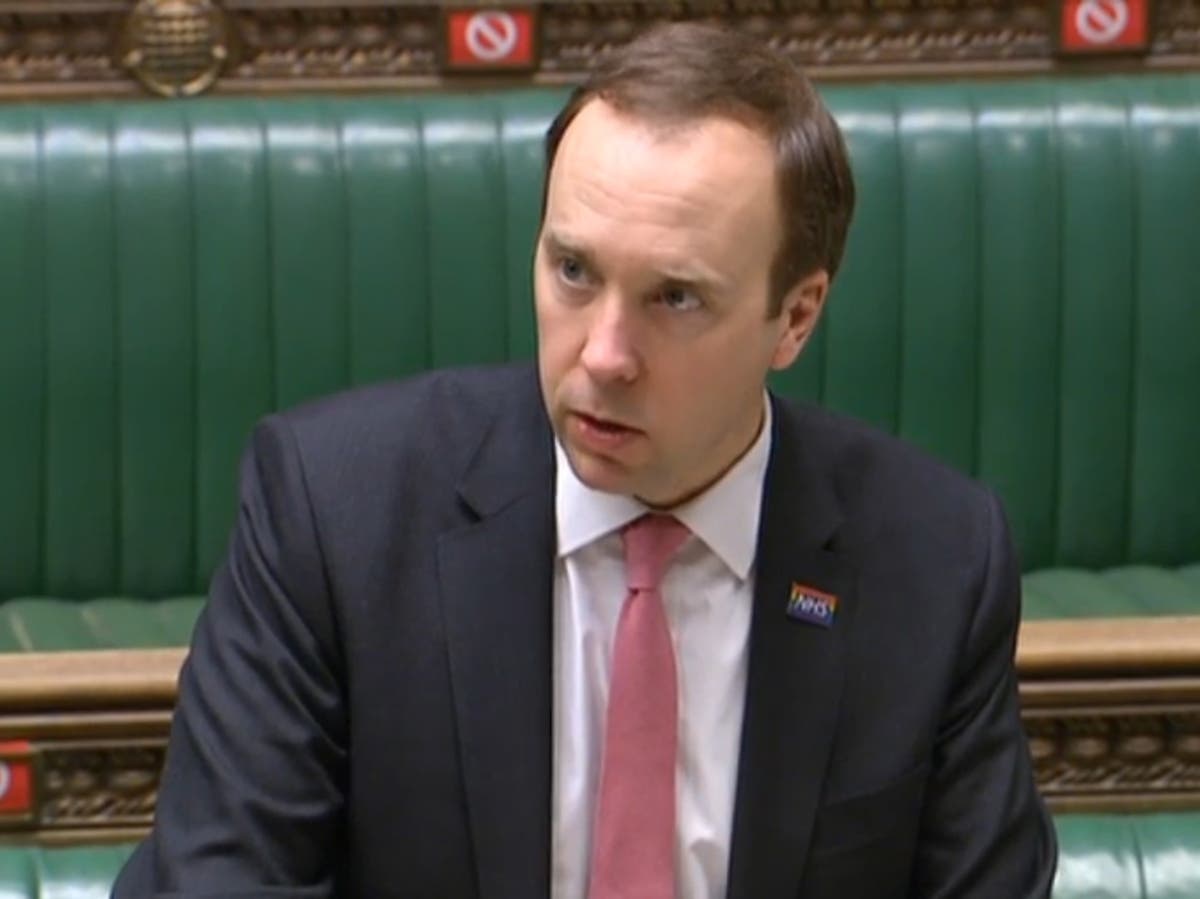 Ministers would have the power to veto the appointment of NHS chief executives and trust leaders under plans to reform the health service, it has emerged.

Health secretary Matt Hancock told MPs he wanted the ability to sign-off appointments of senior managers in the NHS, and that separately he was open to the idea of regulation for senior managers.

The powers will be included in a new Health Bill to come before Parliament this year. Once approved it would hand much greater control over who runs local NHS organisations to Whitehall than has been the case for more than a decade.

It comes after ministers have been repeatedly accused of cronyism during the pandemic, with a lack of transparency over government contracts and appointments such as Baroness Dido Harding, wife of Tory MP John Penrose, who has been handed the role of chair of the new National Institute for Health Protection.

Appearing before the health committee, Mr Hancock said he wanted more accountability for the NHS.

“It will be a power of veto, where NHS England is responsible for the appointments.”

In addition, Mr Hancock confirmed he was “open” to the idea of a register of fit and proper managers. NHS England’s chief executive Sir Simon Stevens has also said he would support tougher regulation of managers to stop what has been described as a “revolving door” for failed leaders.

Civil servant Jason Yiannikkou, clarified the legislation would include an “enabling power” for ministers to create tougher regulation for managers.

Setting out his vision, Mr Hancock showed the desire of ministers to take back control of the NHS from NHS England which had been given far greater independence after reforms passed in 2011.

He said one of the problems with the current legislation was that NHS England was meant to commission services “not to lead the NHS” adding: “Under Simon Stevens, it has morphed that role from the original legislative intent to essentially NHS HQ.”

He added: “One of the problems with the existing legislative framework around the health service, is that it’s too prescriptive, it tries to anticipate events or assume that events will always be as they are now, and I don’t think that’s the case.

“The bill is being framed in order to allow more flexibility about how the system, especially at the local level, can respond to circumstances and can work together. According to the needs of local areas.”

He said this population health approach would mean better outcomes for diseases like cancer, where services are fragmented currently, but if the NHS was more integrated it would be better able to focus on broader improvements that would help earlier diagnosis and treatment.

Committee chairman and former health secretary Jeremy Hunt questioned Mr Hancock on the lack of detailed workforce planning steps in the Bill. Under the reforms the health secretary would simply set out who is responsible for planning the workforce needs of the NHS once each Parliament.

Mr Hunt said without long term projections being in the public domain it would be impossible to know if the numbers of nurses being trained were the right numbers. He has highlighted the failure to publish workforce plans by the NHS since its long term plan was agreed in 2019.

Mr Hancock told him workforce planning was a “judgement” and there was a risk of “false objectivity” from making one single organisation the arbiter of facts on workforce.

Mr Hancock also told MPs he expected budgets for the NHS to be agreed “very shortly” amid concerns negotiations with the Treasury and NHS England were leaving NHS bosses unable to plan services.

With just 16 days to go until the start of the new financial year, NHS budgets have yet to be finalised but Mr Hancock said the underlying budget was agreed as part of the long term plan and that the remaining costs linked to Covid were being worked through.

“We have been clear that we will fund the Covid costs, and just working out exactly what they are is complicated. But what all parts of the NHS know, and we’ve made very clear to them, is that the direct operational costs of Covid will be covered. So people can plan with confidence.”