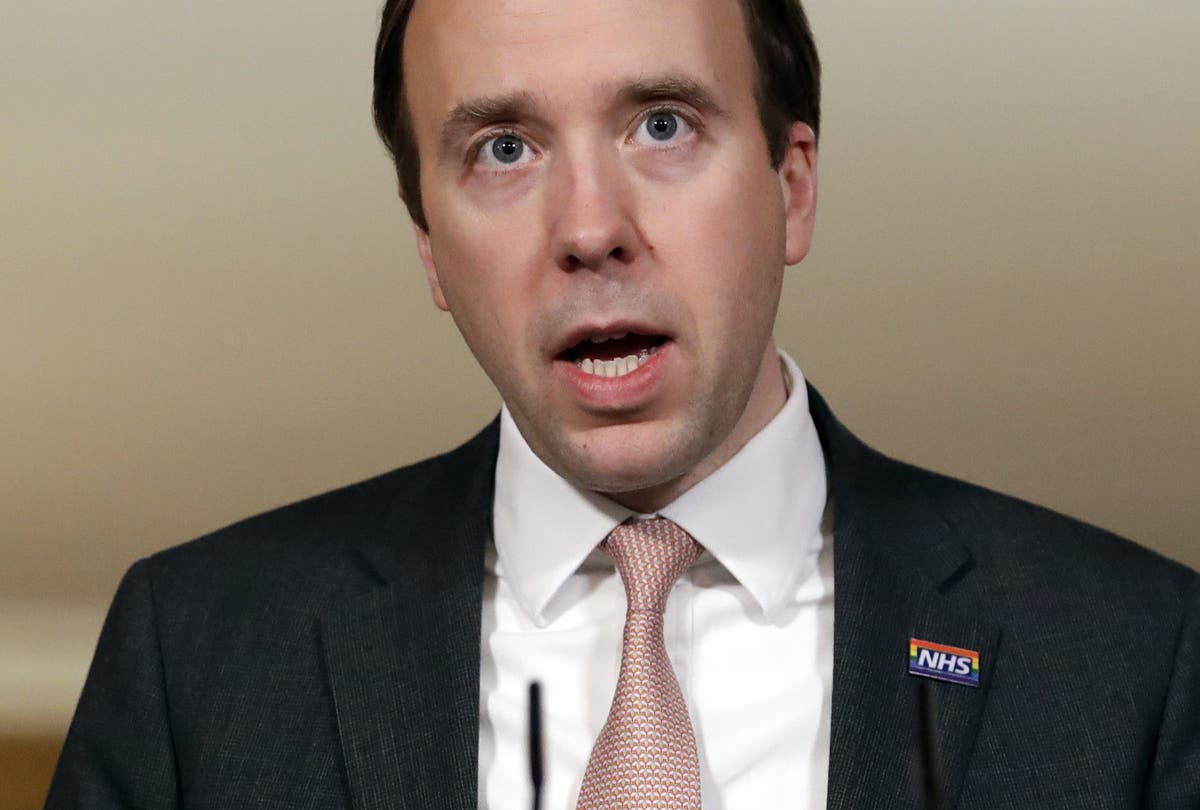 Matt Hancock doubles down on NHS wages, insists 1% offer is a pay rise

But the secretary of state appears to have gotten his sums wrong as forecasts for inflation in 2021-22, the year the pay rise will come into effect for more than a million NHS staff, says inflation could be 1.5 per cent to 1.8 per cent.

His comments are likely to enflame the row over the government’s handling of NHS pay with health unions already preparing the ground for possible industrial action.

Health committee chairman Jeremy Hunt asked Mr Hancock how the Department of Health and Social Care had calculated the 1 per cent pay offer and whether he considered it a real terms pay rise in terms of inflation.

The Tory minister said: “Well, nflation is below 1 per cent, and therefore a proposed 1 per cent pay rise is indeed a pay rise, and that’s simply a matter of fact.”

He said: “I’m a huge fan of and supporter of the workforce right across the NHS, who’ve done an incredible job during the pandemic. The NHS was carved out of the pay freeze that’s been applied, due to the enormous pressure on the public finances, to everybody else in the public sector.”

Mr Hancock said the government had submitted evidence to the independent NHS pay review bodies on what it considered was “affordable” but he said ministers would review what the pay review bodies recommended in coming months.

The 1 per cent rise is lower than the original 2.7 per cent originally forecast by the NHS and government under the NHS long term plan.

The Royal College of Nursing has warned the low increase will fuel an exodus of nurses. It has established a £35million industrial action fund to support staff in the event the union takes strike action.

A spokesperson for the union said: “The government is digging in despite public anger and clear support for NHS staff. In the middle of a pandemic, ministers cannot justify giving just £3.50 extra per week to nursing staff. “

Dr Gavan Conlon, from LondonEconomics consultancy, responded to Mr Hancock’s comments saying: “Whenassessing whether the proposed cash pay increase represents a real-termsincrease or cut, it is not sensible to compare a proposed cash increase in 2021with a measure of inflation in 2020.

“Making the relevant comparison,and based on forecasts from the independent Office for Budget Responsibility,the proposed 1 per cent pay increase in cash terms being offered by the governmentto the 1 million employees covered by the Agenda for Change Framework in 2021represents a real terms reduction of 0.5 per cent.”

Earlier this week, the annual NHS staff survey of almost 600,000 NHS staff found four in 10 workers suffering stress-related illness in 2020 with a marked fall in pay satisfaction among nurses.

Among nurses pay satisfaction dropped almost 4 percentage points to just over 32 per cent.

The Deparment of Health and Social Care was asked to clarify the health secretary’s comments.