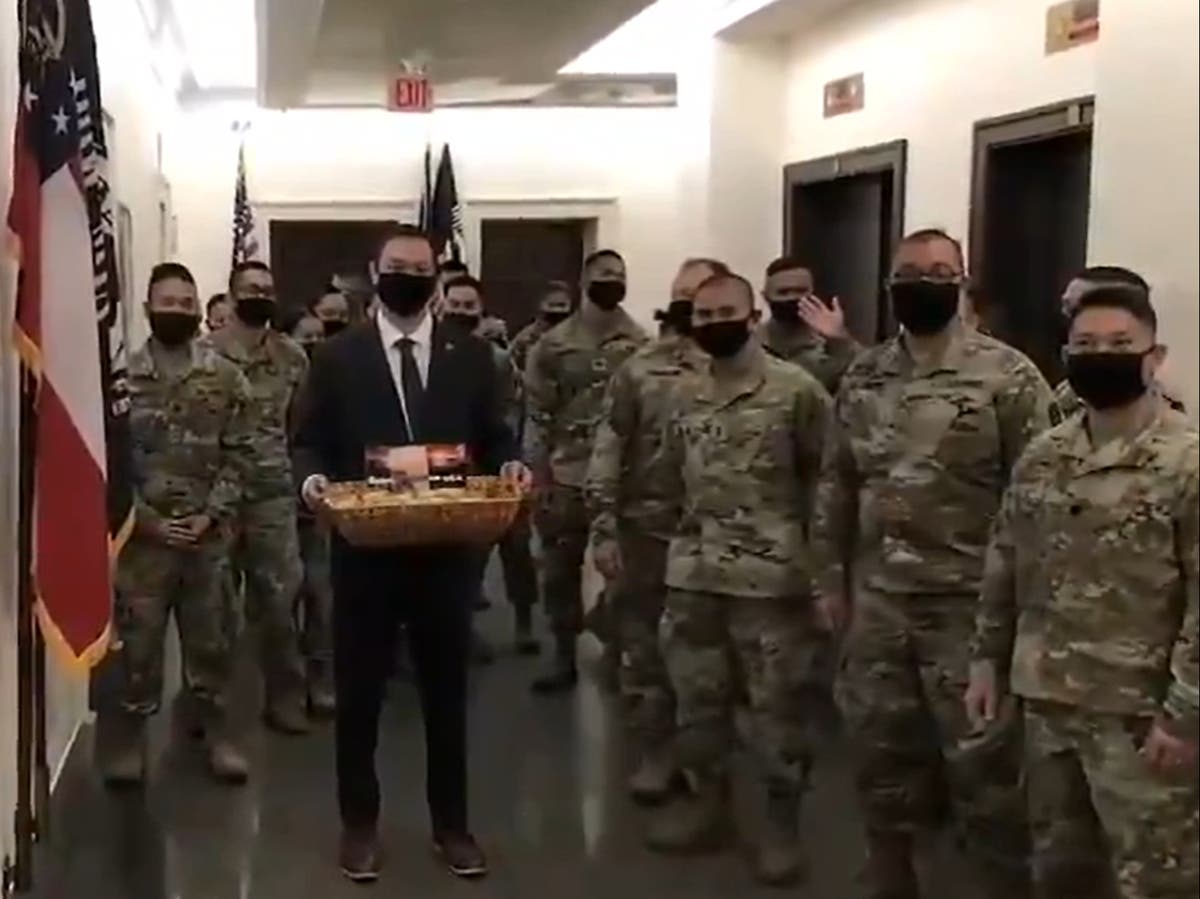 In a letter to the secretary of defence Loyd Austin, Ms Greene said the “stunt” of the National Guard delivering cookies, after she confused Guam for a foreign country, was part of a dangerous and troubling trend of the armed forces intimidating civilians, harassing Congress members and attacking journalists.

The attempted cookie diplomacy was in response to Ms Greene grouping Guam in with the United State’s major foreign competitors as she called for the hard-earned tax dollars of Americans to be spent at home in America, not “wherever”, during a talk at CPAC.

The Guam National Guard, for its part, says it remains a “non-partisan entity” after Marjorie Taylor Greene accused Democrats of using troops for “political theatre” in delivering the island’s cookies to her office.

But Ms Greene called on the Department of Defence to withdraw National Guard in the Capitol to their home states, as well as remove the razor wire and ensure members of the military arent’ used as political tools.

“The National Guardsmen currently stationed at the US Capitol are being used as pawns by the Democrats in Congress. While thousands of illegal aliens are pouring into our country through the southern border, American servicemen are being forced to ‘defend’ Fort Pelosi,” Ms Greene wrote.

“This stunt dishonours the men and women of our armed forces by using them as a prop rather than recognizing them as servicemen who should be lauded for their duty and sacrifice to our nation,” she added.

With roughly 170,000 federal tax-paying residents, Guam has been a part of the United States since 1899 and people born in the territory have been citizens since 1950.

In Ms Greene’s speech at the Conservative Political Action Conference, she urged the US to stop sending aid overseas.

“I’m a regular, normal person. And I wanted to take my regular – normal person, normal, everyday American values, which is: We love our country. We believe our hard-earned tax dollars should just go for America – not for what, China, Russia, the Middle East, Guam – whatever, wherever,” Ms Greene said.

0 0 0 0
Previous : Trump hopes Meghan Markle runs for president in 2024
Next : The English teacher, Oxford University Press, and an accusation of heinous plagiarism