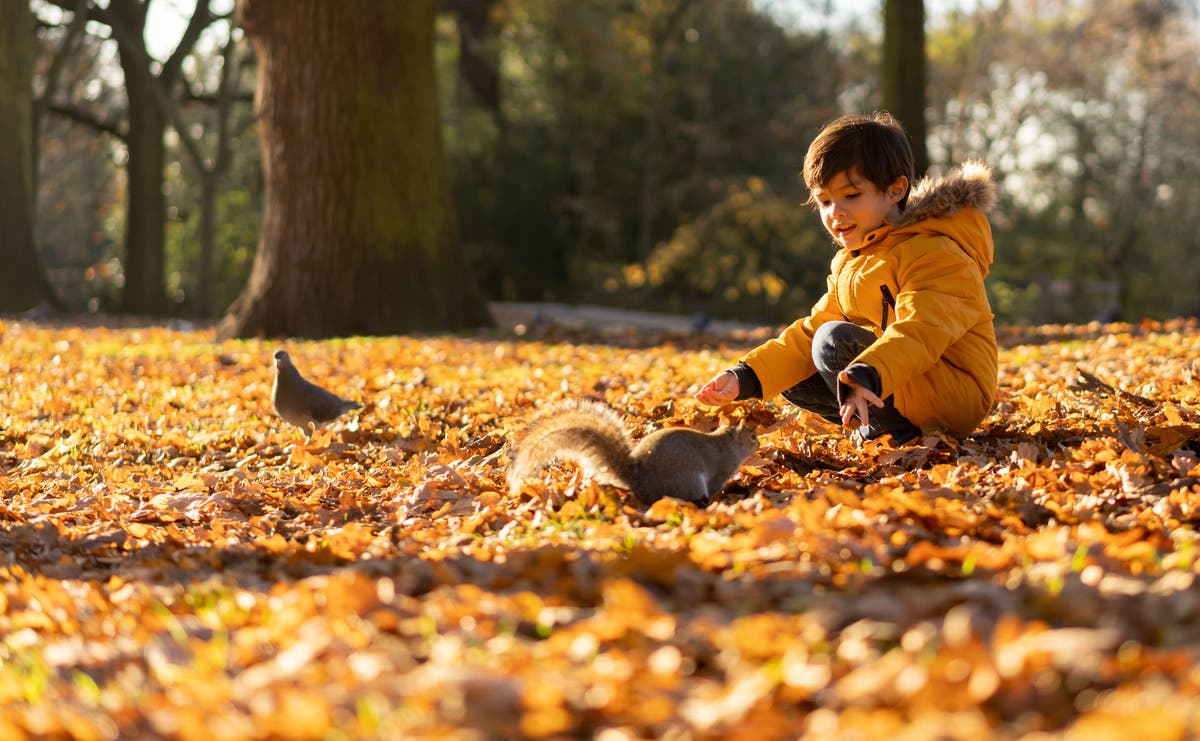 ‘If in doubt, send them out!’ Rewilding your children post-pandemic

This generation of children will face a range of challenges, including the impacts of climate change, increasing globalisation, and the consequences of rapid technological change. They will need to become habitually physically active in order to grow into healthy, resilient adults who can survive and thrive in a changing world.

As nurseries and schools begin to reopen across the UK, there is much concern about the impact of this very difficult year on children. One aspect of normal childhood which many have missed out on in the last 12 months is the simple fun of playing outside. England’s children’s commissioner Anne Longfield believes we should prioritise youngsters’ wellbeing as part of our recovery from Covid-19.

Our latest research suggests that during lockdown most children spent less time outdoors, became less physically active and spent more time in front of screens. As a result, this may now be the least fit generation of children in history. In England, children have even been scolded by police for playing outdoors. And school and nursery closures have inevitably reduced opportunities to play with friends.

Our behaviours are formed and reinforced by habit. Some children may have lost the habit of playing outside over the past year, replacing it with sedentary screen time, while others might not have had the opportunity to develop the habit at all.

A large body of research evidence shows that active outdoor play has benefits for child health, wellbeing, development and educational attainment. Play is so important to childhood that it is enshrined as a human right in article 31 of the UN Rights of Child.

It seems odd that such an important and normal aspect of childhood as playing outside is under threat, but the problem was there pre-lockdown. Such restrictions may have simply speeded up a process of declining participation in active outdoor play that was already underway before the pandemic.

Running, cycling, swimming, hiking, climbing, exploring and playing games not only provide opportunities for physical activity, they also stimulate imagination and creativity, help us to develop problem-solving skills and encourage interaction with others and the environment. Free play outdoors – which isn’t organised or supervised closely by parents – is especially good for activity levels, wellbeing, social and emotional development and resilience.

Our research on the lifestyles of children in Scotland is published as a “state of the nation” report card every two to three years. In our last report – a snapshot of life pre-lockdown – we found that only around a third of Scottish primary school children played outside regularly; two-thirds did not have the habit at all.

This finding was very similar to our 2018 research findings from the 20 countries that reported participation in active outdoor play with the Active Healthy Kids Global Alliance Global Matrix initiative. If active outdoor play was quite rare pre-lockdown, it might now be in danger of extinction in some places.

The reasons playing outside was in decline even pre-lockdown are complex and varied but include fear of children hurting themselves or getting dirty, stranger-danger, sunburn, insect stings, bad weather and darkness. These safety concerns are conveniently countered with lots of “safe” things for children to do indoors, mostly in front of screens.

But in the same study we found good evidence that the vast majority of Scottish children have access to decent outdoor space to play that is close to where they live and generally perceived as safe. Research from across the developed world has shown that the outdoor environment is relatively safe, while the indoor environment is much less safe than many parents think. Besides the online dangers of prolonged screen time, children are sitting around more and moving less. They may be snacking more. And often air quality indoors is worse than outdoors.

Again, this was similar to findings from other western countries, such as Canada. While the outdoor environment could no doubt be better, the reasons so few children regularly played outdoors pre-lockdown are partly to do with the social environment (meaning norms and habits) rather than the physical environment. If we are to save play from extinction, we need to address the social environment and restore the habit of playing outside.

In a further 29 countries that took part in our 2018 research there was no monitoring of participation in active outdoor play, so the situation may be critical and deteriorating in those countries without anyone noticing. Like extinctions of species – which happen partly because we were not aware of them – important behaviours and habits could also become extinct because we simply don’t see the trends. As part of the Covid-19 recovery plan, active outdoor play should not just be encouraged and prioritised. Participation needs to be monitored, too.

Time which children would have spent playing outside in the past has increasingly been replaced by screen time. This balance needs to be redressed. Cooped up glued to a computer should be tempered with blasts of fresh air and running free without being supervised too closely.

Repeated it becomes a habit that children enjoy and look forward to, especially if they can meet and play with other kids. Lockdown has been vital to tackling the Covid-19 pandemic, but the loss of outdoor play should not become one of the unintended consequences. If in doubt, send them out!