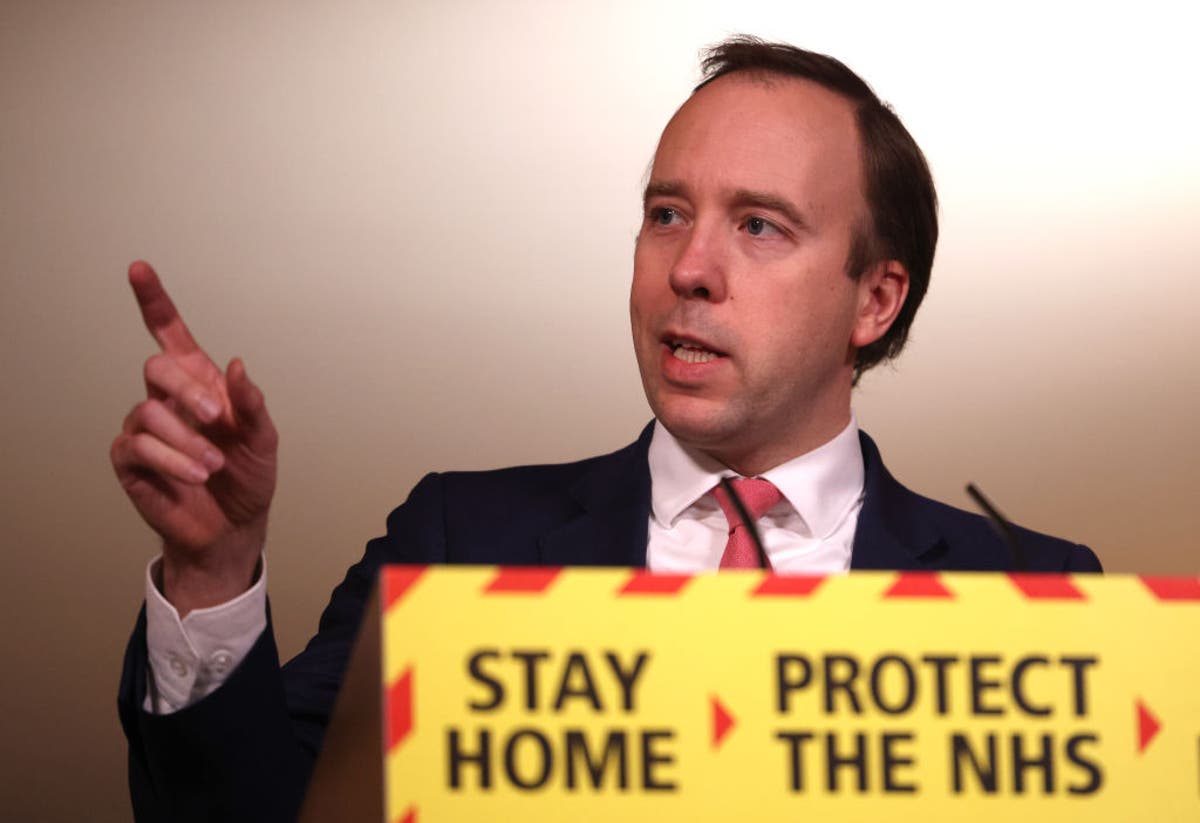 Demand for the Oxford-AstraZeneca Covid-19 vaccine in the UK remains “incredibly strong” despite a string of EU countries pausing use of the jab in their inoculation programmes, Matt Hancock has said.

The health secretary said British regulators were keeping vaccine side effects “under review” but at present, there was no evidence to link the AstraZeneca shot to blood clots.

Mr Hancock’s comments came after Latvia and Sweden joined a growing list of nations to slam the brakes on their jab campaigns after blot clots were reported in a small number of patients who had received it on the continent. Poland and Belgium are among the EU countries continuing to use it.

AstraZeneca, The European Medicines Agency (EMA), the World Health Organisation and the UK’s Medicines and Healthcare Products Regulatory Agency have all said the jab is safe and encouraged countries to keep using it.

Despite backing from multiple regulators, Germany, Spain and Italy have said they will wait until the EMA publishes findings from an investigation it launched following the blood clot reports. The EMA said the conclusion of the probe was unlikely to change its recommendation.

Addressing broadcasters on Tuesday evening, Mr Hancock said the decision by EU countries to pause using the AstraZeneca jab appeared not to have impacted uptake in the UK.

“We’re still getting huge numbers of people vaccinated every day and in fact the numbers yesterday were one of the highest numbers that we’ve seen,” he said. “The enthusiasm for getting the vaccine is incredibly strong and we’re still seeing that.”

Mr Hancock also called on Britons to keep coming forward for their vaccinations. “We know that the Oxford-AstraZeneca vaccine is saving lives in the UK right now. So if you get the call, get the jab,” he said.

Nearly 25 million people in the UK have received their first dose of a Covid-19 vaccine since the rollout began in December last year, while 1,663,646 have had a second dose. Some 386,685 of those first doses came on 15 March, according to government data.

The EMA is conducting a full scientific review of the AstraZeneca version, but has said it was convinced that the “benefits of this vaccine outweigh the risk”. The regulator, which approved the jab for Europe, is due to offer a further update on Thursday.

Emer Cooke, the EMA’s executive director, told a press briefing earlier on Tuesday there was no current indication that the Oxford/AstraZeneca’s coronavirus vaccine was the cause of the “very rare” reported blood clots.

She said there would be an increase in the reporting of such cases due to the publicity surrounding the current reports.

0 0 0 0
Previous : Judge admonishes QAnon Shaman for ‘blatantly lying’ in 60 Minutes interview
Next : Dominic Raab claims role for UK as ‘force for good’ in world in which democracy is in retreat