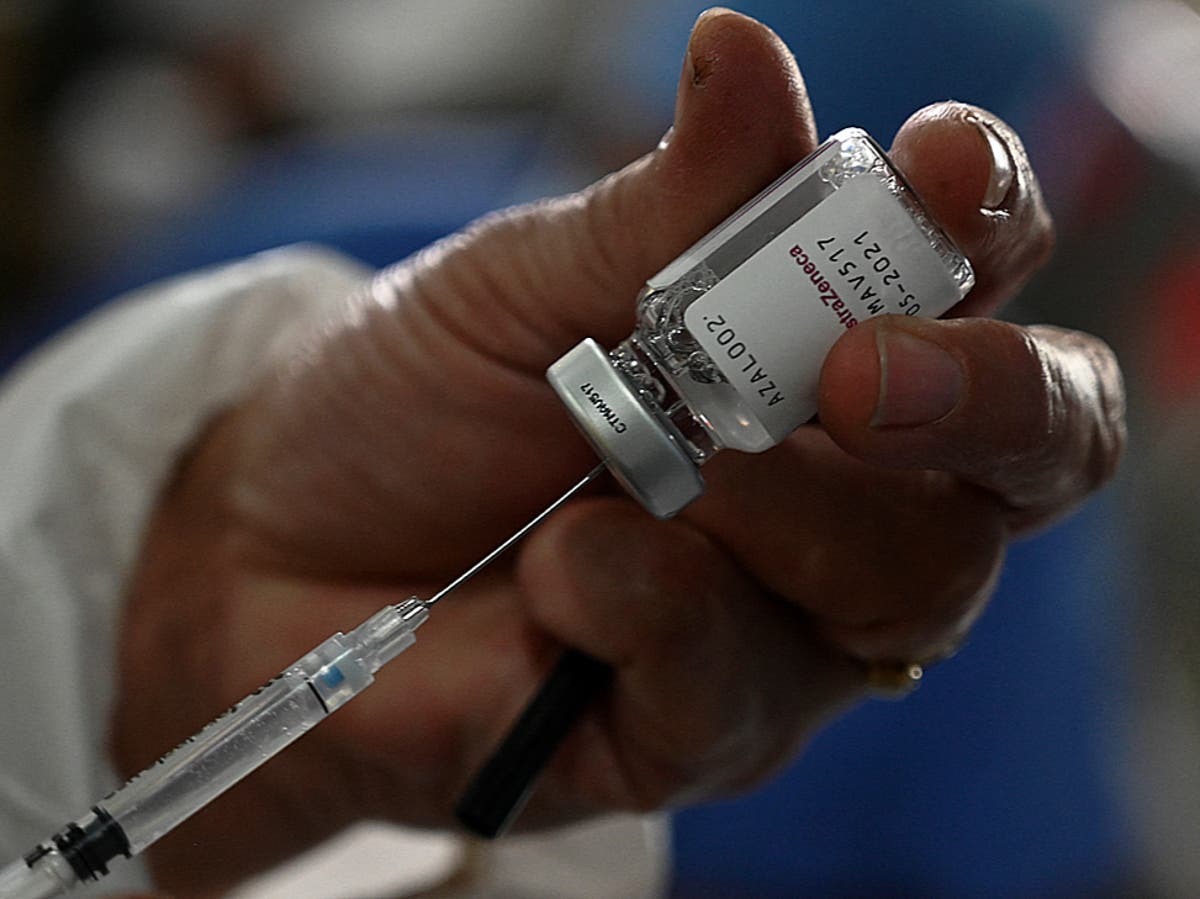 Medical experts and leaders across the UK have defended the AstraZenecavaccine after multiple European countries paused its use over concerns that the jab may lead to blood clots.

Boris Johnson said there was “no reason at all” to stop the vaccine’s rollout and Scottish First Minister Nicola Sturgeon said she would accept her jab “without hesitation” when called on.

It comes as Ireland, Germany, France, Spain, Italy paused use of the vaccine after a small number of people in Norway reported blood clots after receiving the jab.

An Irish government adviser, Professor Karina Butler, said pausing the jab was “the right thing to do” and the decision was taken in an “abundance of caution”.

Meanwhile, the Department for Transport (DfT) announced on Tuesday that Qatar, alongside Ethiopia, Oman and Somalia, will be added to the so-called coronavirus “red list” of high-risk countries on Friday 19 March.

This gives arrivals 82 hours’ notice to come home, with an immediate rush to return expected.

Sweden and Latvia have become the latest countries to suspend rollouts of the AstraZeneca vaccine.

It joins Germany, France and Italy, who said on Monday they would stop administering the vaccine after several countries reported concerns about side effects.

Latvian government health agencies also announced a “temporary suspension” of up to two weeks of the use of the vaccine, as an “additional precaution” while the jab is scrutinised.

The agencies said in a statement that no problems have been linked to its use in Latvia.

“The decision is based on reports from individual European Union countries of thromboembolism and similar cases observed at various times after receiving the vaccine,” they said. “To date, there is no data on the causal link between vaccination and serious health problems.”

Joao Vale de Almeida, EU ambassador to the UK, said it was not an EU decision to suspend rollout of the Oxford/AstraZeneca coronavirus vaccine.

He told BBC Radio 4’s Today programme that when there are doubts, the “principle of caution prevails”.

He added: “It is not an EU decision, these are decisions taken by individual governments.

“Like the British Government, all our governments are worried, concerned and focused on the safety of citizens, when doubts appear for whatever reason I think the principle of caution prevails.”

Qatar addition to ‘red list’ triggers rush back to UK

Four more countries have been added to the so-called coronavirus “red list” of high-risk countries, including Qatar, Ethiopia, Oman and Somalia.

The addition of Qatar to the list means travellers who merely change planes at Doha airports face 11 nights of hotel quarantine at a price of £1,750 for a cool passenger returning to the UK.

The countries will be added to the list at 4am on Friday 19 March, giving arrivals 82 hours’ warning and allowing many of them to come home early.

The Foreign Secretary has urged Britons to continue to take up the offer of the AstraZeneca vaccine and said it was “crystal clear” that the jab was safe.

It comes after a host of countries in Europe and elsewhere paused use of the AstraZeneca/Oxford vaccine due to concerns over possible adverse side effects.

Dominic Raab told BBC Breakfast: “Different countries have different approaches but I can tell you crystal clear that the UK regulator, the European EU regulator and the WHO all say that the AstraZeneca vaccine is safe and people should continue to take it.”

He added: “It is safe, people should get the vaccine and I think it has been very clear, both from the MHRA, the UK regulator, that the risks of taking the vaccine are no more than, in terms of for example blood clots, than the population at large.

“There is no extra risk on the evidence that we’ve seen, which is why they have authorised the vaccine and haven’t taken any further action.

“We respect the process and procedures that some other countries may need to go through but the vaccine is safe and people should certainly continue to take it and to protect themselves and their friends and family.”

Pausing AstraZeneca jab could be ‘disaster’ for Europe, says expert

Peter Openshaw, professor of experimental medicine at Imperial College London, said the decision to pause rollout of the Oxford/AstraZeneca jab could be a “disaster” for Covid-19 vaccine uptake in Europe.

Asked what he would say to those in the UK who are booked to receive an Oxford jab, Prof Openshaw told BBC Radio 4’s Today programme: “I really wouldn’t be worried at the present time.

“I think it is very clear that the benefits of being vaccinated at the moment so far outweigh the possible concern over this rather rare type of blood clot.

“It really is a completely one-sided argument statistically that we need to be vaccinating.

“I think it is a disaster for the vaccination uptake in Europe, which is already on slightly unsteady ground in some countries.”

Asked why he thought the rollout pause had been taken so widely, he added: “I think the committees are probably afraid of not making that decision to pause on the basis that they might be in some way thought culpable if they didn’t, but actually these are such rare events.”

Why are countries suspending AstraZeneca vaccine rollouts? Everything we know so far

Tom Batchelor explains which countries have temporarily suspended the rollout of the AstraZeneca Covid vaccine, and why:

Germany, France, Italy and Spain are suspending the use of AstraZeneca’s coronavirus vaccine amid concern over reports of blood clots linked to the jab, despite assurances from the drugmaker and regulators that there is no link with coagulation disorders.

Scientists and experts have reacted with concern to the decision, insisting there is no current evidence to suggest the jab is responsible for the 37 “thromboembolic events” that have so far been recorded among more than 17 million recipients of the vaccine.

Find out more on this story from my colleagues Samuel Lovett and Tom Batchelor:

Good morning, and welcome to The Independent’s liveblog following the latest developments in the coronavirus pandemic.

0 0 0 0
Previous : Boris Johnson ‘said it was best to ignore’ Covid at start of pandemic and ‘warned of overreaction’
Next : Trump and Biden news live: Latest Covid relief plan and vaccine updates