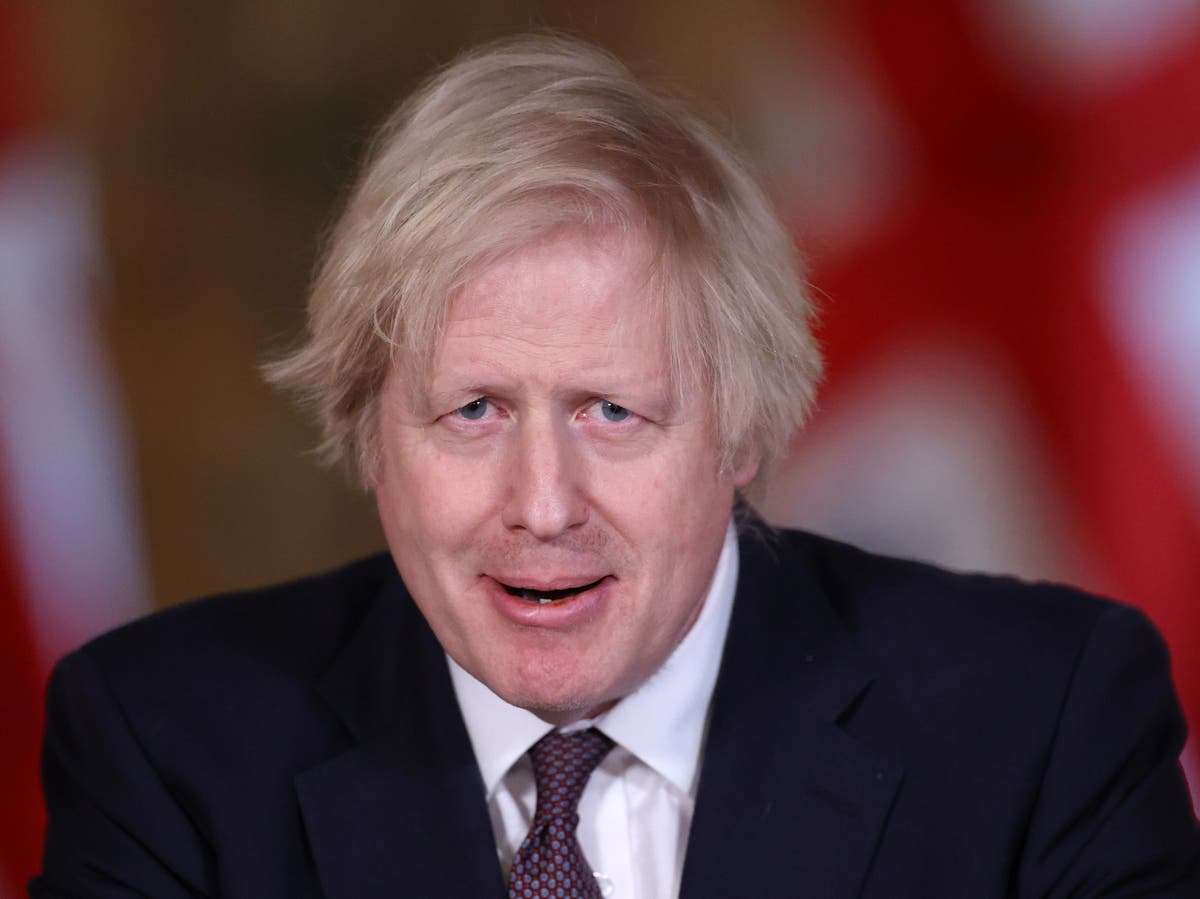 Boris Johnson’s government has confirmed the UK’s nuclear arsenal could be increased, as the prime minister prepares to set out his post-Brexit foreign and defence policy in the Commons on Tuesday.

Foreign secretary Dominic Raab said nuclear weapons represented the “ultimate insurance policy” against global threats. The government’s review will reportedly increase the limit on warheads by 40 per cent, from 180 to 260.

It comes as the EU’s ambassador said the UK had left Brussels “no choice” but to take legal action over the unilateral decision to change parts of the protocol. Meanwhile, a coalition of environmental groups said the government has broken its promise to deliver a “green Brexit”.

Dominic Raab said he had intervened after seeing a woman being harassed and claimed the alleged perpetrator “left with his tail between his legs”.

The foreign secretary, asked on Times Radio whether he would be comfortable intervening to help a woman being harassed on the street, said: “Yes, I’ve done it before, absolutely.”

Pressed on what happened in the case where he intervened, Raab added: “It did work in the sense that the individual left with his tail between his legs, but the truth is you just don’t know what happens later down the line to the young lady that was affected.

“But what we can’t have is tolerating that in front of our eyes and that’s an intuitive thing that I feel in my heart.”

Dominic Raab has admitted there is “more” to do when it comes to improving safety for women on Britain’s streets. “I think it is appalling that women still suffer the fear, the intimidation, the threats – and I say that as a son, a husband and a brother of a sister,” said the foreign secretary.

Asked whether the government had to take responsibility for the police handling of the vigil for Sarah Everard at Clapham Common on Saturday after legislating to ban public gatherings during the Covid outbreak, Raab said it was difficult to make exceptions for protests.

He told Sky News getting the balance right between protest and public health concerns was “just an incredibly inherently difficult challenge, but the measures we have taken are temporary, necessary to save lives”.

“That’s the very fine line we’ve got to navigate but I think overwhelmingly, notwithstanding the concerns in this particular case – and they are very serious, which is why we’ve got two independent reviews – the police have done a very good and very sensitive job in policing this pandemic.”

PM said ‘best to ignore’ Covid at start of pandemic

Unnamed ministers and top government officials have revealed their frustration about the initial, sluggish response to the coronavirus pandemic – and Boris Johnson’s reluctance to tighten restrictions ahead of the second wave in 2020.

“The biggest mistake was the rush of blood to the head in the summer … there was a sense of denial,” one senior figure told the BBC. Another described the push to get people back in the office in the summer as “totally ridiculous”.

In the early stages of the pandemic, Johnson was heard to say the UK should simply “ignore” it and warned of “overreaction”, according to the explosive BBC account.

He was also told on 3 March to discourage people stop shaking hands – only to infamously then say of his hospital visit: “I’ve shaken hands with everybody.”

Dominic Raab has defended the government spending more than £2.6m on creating a White House-style media briefing room in Downing Street after the first pictures surfaced.

The foreign secretary told the BBC’s Breakfast: “It is not something I’m responsible for but I do think that making sure we communicate with the public is very important.

“Making sure we communicate directly with the public is something I think they welcome and making sure we can do it in an effective, coherent way is very important.”

Labour said it was “expecting something a bit more impressive” for £2.6m. Take a look at the new briefing room here:

Dominic Raab has said more nuclear warheads could be required as part of the government’s foreign policy and defence review, saying they represented the “ultimate insurance policy” against global threats.

Asked why the government would want to increase the amount it has, the foreign secretary told BBC Radio 4’s Today: “Because over time as the circumstances change and the threats change, we need to maintain a minimum credible level of deterrent.

“Why? Because it is the ultimate guarantee, the ultimate insurance policy against the worst threat from hostile states.”

The government’s integrated review of foreign and defence policy will lift a cap on the number of Trident nuclear warheads the UK can stockpile by more than 40 per cent, from 180 to 260, according to a copy leaked to The Guardian.

Britain wants to expand its influence among democratic nations in the Indo-Pacific region, according to a document released this morning that will set out Boris Johnson’s post-Brexit foreign policy.

Calling the Indo-Pacific “increasingly the geopolitical centre of the world”, the government highlighted a British aircraft carrier deployment to the region and announced the PM’s previously postponed visit to India will go ahead in April.

“I am profoundly optimistic about the UK’s place in the world and our ability to seize the opportunities ahead,” Johnson will say in a statement to parliament this morning, as the 100-page document is released at 11.30am.

UK left us ‘no choice’, says EU over legal action

Joao Vale de Almeida, EU ambassador to the UK, said Boris Johnson’s government had left Brussels with no choice but to take legal action over theNorthern Ireland protocol, after the UK moved to unilaterally change parts of the deal.

When asked on BBC Radio 4’s Today programme if taking the UK to court was the way to solve the problem, he said: “I don’t think the government left us with any alternative to this to be frank and we regret the situation.

“Looking at the facts, we believe the government is in breach of substantive provision of the protocol that applies to Northern Ireland, but also to the good faith obligation.”

The EU Commission’s vice president Maros Sefcovic said he hopes the issue can still be resolved through “collaborative, pragmatic and constructive” political discussions.

Along with the legal notice, Sefcovic separately sent a “political letter” to Brexit minister David Frost, calling for the UK to enter into good faith talks to come up with a solution this month.

Boris Johnson says the government remains “very confident”about its vaccine rollout. The PM says there is “no reason at all” to pause the programme in light of the decision by Germany, France and Italy to halt use of the Oxford-AstraZeneca jab over a small number of blood clot incidents.

Both the World Health Organisation (WHO) and EuropeanMedicines Agency (EMA) say there is no evidence the incidents are cause by the vaccine, with some experts describing the move as “baffling”.

A big increase in the number of jabs offered to Britons is expected in the coming days – after a large shipment of the Oxford-AstraZeneca vaccine from India.

Michael Gove’s promise to deliver a “green Brexit” has been savaged by environmental groups, who warn that vital protections are being watered down.

Safeguards for chemicals, nature, air quality and waste are all weaker since the UK left the EU, they say – despite the pledge that stronger rules would be “a special prize” from leaving the EU.

The alarm is raised over watchdogs including a new Office for Environmental Protection, which will be “less independent and weaker” than pre-Brexit bodies.

The UK’s desire to have the freedom to diverge from EU rules has “left holes in existing standards and compromised cooperation on important issues”, a report from the Greener Uk coalition concludes.

0 0 0 0
Previous : OnlyFans launches £80,000 prize fund for emerging musicians as it seeks to change its tune
Next : Public should be ‘really worried’ about new crackdown on right to protest, ex-police chief says