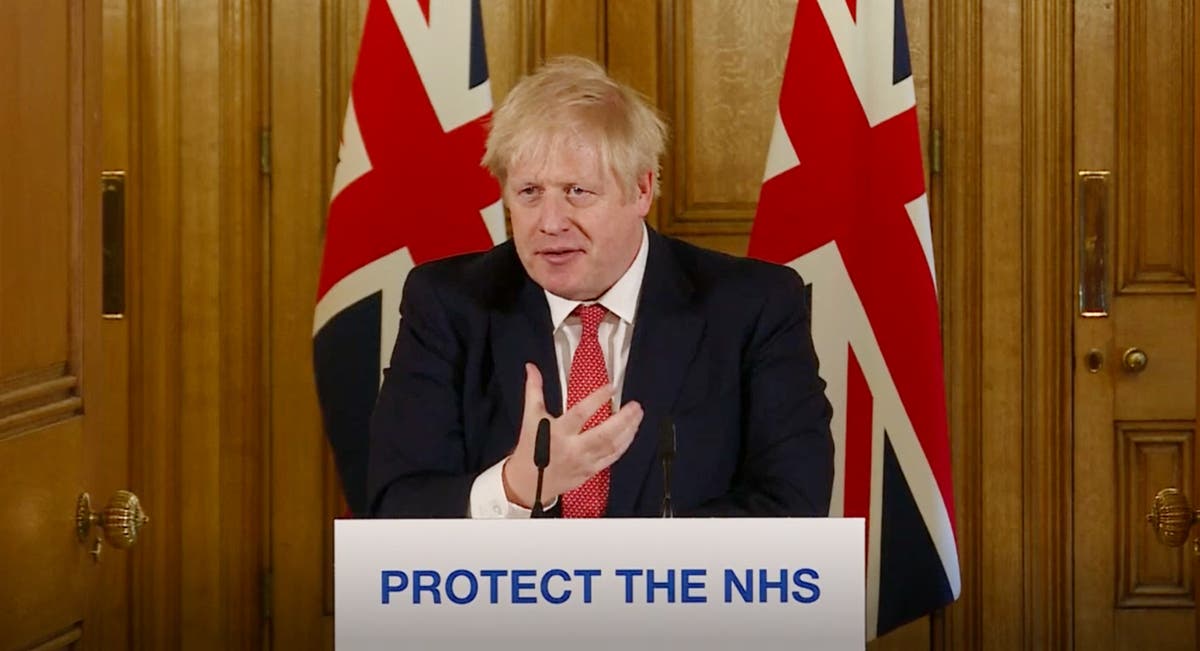 Boris Johnson said the UK should “ignore” the spread of Covid-19, an explosive account of the start of the pandemic claims.

“The general view was it is just hysteria. It was just like a flu,” a source told the BBC’s political editor Laura Kuenssberg, saying there was a “lack of concern and energy”.

The prime minister was even heard to say of coronavirus: “The best thing would be to ignore it,” the report claims – as it became clear there was no ‘Emergency break-the-glass’ plan to unveil.

An unnamed Cabinet minister is also strongly critical of the decision to open up the economy in the summer and the reluctance to lock down again, when infections soared again.

“We knew there was going to be a second wave and there was a row about whether people should work from home or not – it was totally ridiculous,” the minister says.

In September, “a small group inside Downing Street repeatedly tried to change Johnson’s mind” and convince him to lock down, but struggled to persuade him, Ms Kuenssberg claims.

The account comes as the UK prepares to mark the anniversary of the first lockdown, after the death toll surged past a once-unthinkable 125,000 fatalities.

Notoriously, in February last year, Mr Johnson skipped multiple meetings of the Cobr emergency committee as he relaxed for 12 days with his fiancé at the grace-and-favour country home of Chevening.

He is facing growing criticism for refusing to start a public inquiry into the mistakes he has admitted were made, despite promising one last summer.