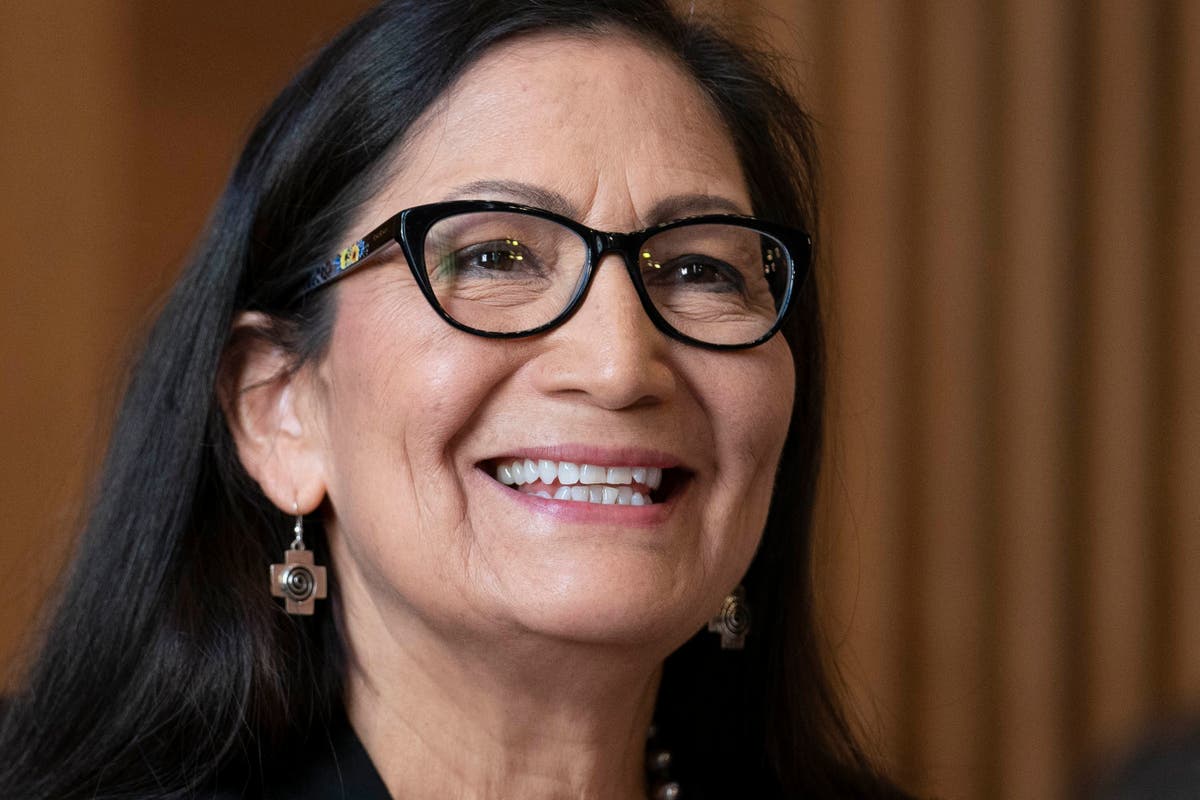 Deb Haaland has been confirmed as the first ever Native American cabinet secretary – a historic victory for those campaigning for a more diverse and representative government.

The 60-year-old Democratic congresswoman, who represents New Mexico’s 1st congressional district, was confirmed as Joe Biden’s interior secretary, in a 51-40 vote in the Senate.

“Native Americans for far too long have been neglected at the Cabinet level and in so many other places.”

Ms Haaland, whose district includes much of Albuquerque, New Mexico’s largest city, previously added her name to the political record book in 2018, when she and Sharice Davids, were elected as the first ever Native American women elected to Congress.

In 2020, a third Native American, Yvette Herrell, who is Republican, was elected. She represents New Mexico’s 2nd congressional district.

Mr Biden vowed to nominate and confirm a cabinet more diverse than any that had gone before it. So far, he has received high marks for his picks, even if the Senate has been slow to move on some them.

Among the high profile positions already filled by people of colour were Gen Lloyd Austin as secretary of defence, Linda Thomas-Greenfield as US Ambassador to the United Nations, and Alejandro Mayorkas, who the first Latino secretary of the department of homeland security. There are also many more women than in many previous cabinets.

Native Americans account for less that two per of the population. Activists have pointed out they are among some of the very poorest citizens, and have long suffered abuse and racism. Many historians consider Native Americans suffered nothing less than genocide in the centuries that followed the European arrival in the Americas.

During the coronavirus pandemic, Native Americans have been among those most affected.

“It is long past time that an American Indian serve as the secretary of the Interior Fawn Sharp, president of the National Congress of American Indians, the nation’s oldest and largest tribal organisation, told the Associated Press, after Monday’s vote.

“The nation needs her leadership and vision to help lead our response to climate change, to steward our lands and cultural resources and to ensure that across the federal government, the United States lives up to its trust and treaty obligations to tribal nations and our citizens.”

Jonathan Nez, president of the Navajo Nation in Arizona, New Mexico and Utah, called Ms Haaland’s confirmation “an unprecedented and monumental day for all first people of this country. Words cannot express how overjoyed and proud we are to see one of our own confirmed to serve in this high-level position.”

He added: “This sets us on a better path to righting the wrongs of the past with the federal government and inspires hope in our people, especially our young people.”

Four Republican senators – Lindsey Graham of South Carolina, Susan Collins of Maine, and Dan Sullivan and Lisa Murkowski of Alaska – joined with all Democrats in the upper chamber in voting for her.

Other Republicans have been alarmed by what they consider Ms Haaland’s “extreme” views when it comes to energy and the environment.

She is a supporter of proposals such as the Green New Deal, and opposed the Keystone XL oil pipeline.

CNN said that during her confirmation hearings, Ms Haaland highlighted her history-making nomination.

“The historic nature of my confirmation is not lost on me, but I will say, it is not about me,” she said.

“Rather, I hope this nomination would be an inspiration for Americans – moving forward together as one nation and creating opportunities for all of us.”

0 0 0 0
Previous : Trump thanks Washington Post after ‘find the fraud’ story corrected and complains ‘the lies always slant one way’
Next : Undercover police to patrol bars as government vows to protect women in wake of Sarah Everard death