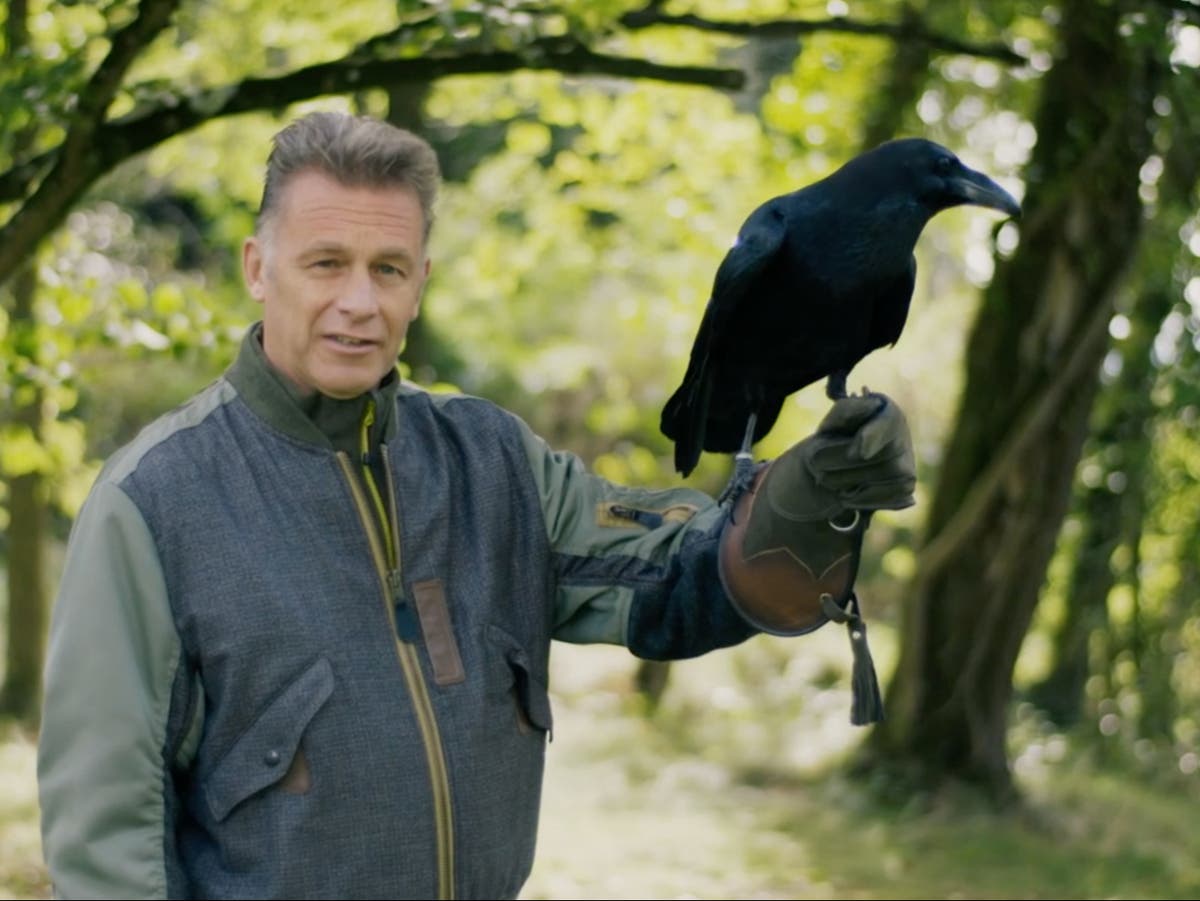 Chris Packham: ‘We’re in deep s***. We need science more than ever’

Chris Packham is on a mission – to energise viewers with such amazement at the natural world, that they fall in love with science, and thereby help put us on track to improving our planet.

While this may have been a subplot in much of his previous work, Packham’s enthusiasm for scientific understanding takes centre stage in his latest programme Animal Einsteins, and it seems he couldn’t be happier about it.

In a Zoom interview about the programme – ostensibly about a forthcoming segment covering socially distancing ants – Packham is so animated, that in half an hour of speaking to The Independent from his kitchen, he has covered the capabilities of beavers, dolphins, great apes, ravens as well as the ants in question, and speculated upon the psychological aptitude of horses and aspects of dog intelligence.

If you haven’t seen it, Animal Einsteins takes Packham’s wry presenting style, and puts it to excellent use, entertainingly detailing the latest science on animal cognition.

For example, there’s no disguising Packham’s delight when a raven named Bran repeatedly demonstrates that he is cleverer than the five-year-old child the BBC has procured for comparison.

“He’s showing remarkable diligence,” Packham whispers to the camera as the child behind him struggles and fails to obtain a sweet from the bottom of a tube using a piece of wire.

We are then introduced to birds – New Caledonian crows – who at just two-years-old are able to fashion hooks out of sticks in order to extract grubs from deep holes. The message is clear –our species is not necessarily as clever as we might think we are.

“What the programme does is open people’s eyes,” Packham tells The Independent. “We have always presumed we humans are the be all and end all of evolution – we have a terribly anthropocentric outlook. We’re very arrogant essentially.”

This trait is what Packham is up against and is a major part of his motivation. For him, the jackhammer he reaches for to break through the exaggerated self-importance of our species is what he calls the “wow factor” of modern science – to illustrate that there are other ways of existing which can be even more impressive than the human experience.

In Sunday’s programme, Packham is looking at ants’ collective intelligence. “Instead of putting your own best interests first, decisions are made as a collective – for the good of queen and colony,” he tells viewers.

While the implicit admonishment of human failings is served up as part of the droll tone of the programme, the reality is Packham is reigning in his frustration at human irrationality and greed.

But instead of zooming out and looking at this, the programme does the opposite, zooming further into the ants, and almost funnelling Packham’s frustrations with his own species into a dissection of the ants’ ruthless logic.

Stroeymeyt found that when the ants which were out foraging return to the nest, if they detect that they’ve been infected with the fungus they are reluctant to go into the nest and will stay outside, therefore shielding all of the young, the queen and all the larvae and eggs from the infection.

Meanwhile, the ants inside the nest are also aware of the danger and take the eggs and larvae into the deeper recesses of the nest to keep them away from the foraging ants, and almost form a barrier to prevent direct contact.

“It’s social distancing par excellence and it’s rigidly adhered to. You don’t get thousands of ants on Bournemouth beach on a bank holiday super-spreading,” Packham tells The Independent.

The programme is being broadcast as the UK nears the end of its third national lockdown – a period which has been characterised by surging misinformation, conspiracy theories and mistrust of those in power and even mistrust of the scientific method – the bedrock of our society.

For Packham, this is where his frustration and drive are most evident. Without science how can we understand and appreciate the natural world? How can we save it in the face of the climate and biodiversity crises?

“Outside of TV, people like myself need people to trust and believe scientists,” he says. “If people were trusting and believing scientists a lot more than we are believing our politicians at this point in time, then globally we’d be in a much better place.

“We probably wouldn’t be in a climate crisis because the climate scientists have told us unequivocally that we were in deep s***. But we’ve voted in people who are not listening to those scientists, and those people represent us – we’ve put the crosses in the box.

“I want people to trust and believe in science so they can make best-informed decisions in every aspect of their lives, and certainly at this point in time, about the future of their lives and their children’s lives when it comes to looking after the planet – climate, biodiversity, overpopulation – all of the ingredients which are leading to our trials and tribulations.”

He adds: “I think that if you constantly present science as authoritative and truthful, that’s good. But it also needs to be sexy.

“For the audiences which come to these programmes, it’s very sexy, they’re learning lots of things about species they think they know a lot about because they’re asleep on their mat, or asleep in their stables.”

He sums up his work in a neat phrase: he is, he says, “building this portfolio of engagement with the natural world, which we can draw on at this critical time”.

As the realities of the climate and biodiversity crises come more sharply into focus, Packham’s ability to show us why our species needs to act, and to remind us that we do have the capacity to do so, is vital.

Animal Einsteins is available on the BBC iPlayer and the next episode airs on Sunday.

0 0 0 0
Previous : POLICE & CRIME BILL👮‍♀️ “THE MOST DRACONIAN PIECE OF LEGISLATION IN BRITISH POLITICAL HISTORY”🏴‍☠️
Next : Why are countries suspending AstraZeneca vaccine rollouts? Everything we know so far