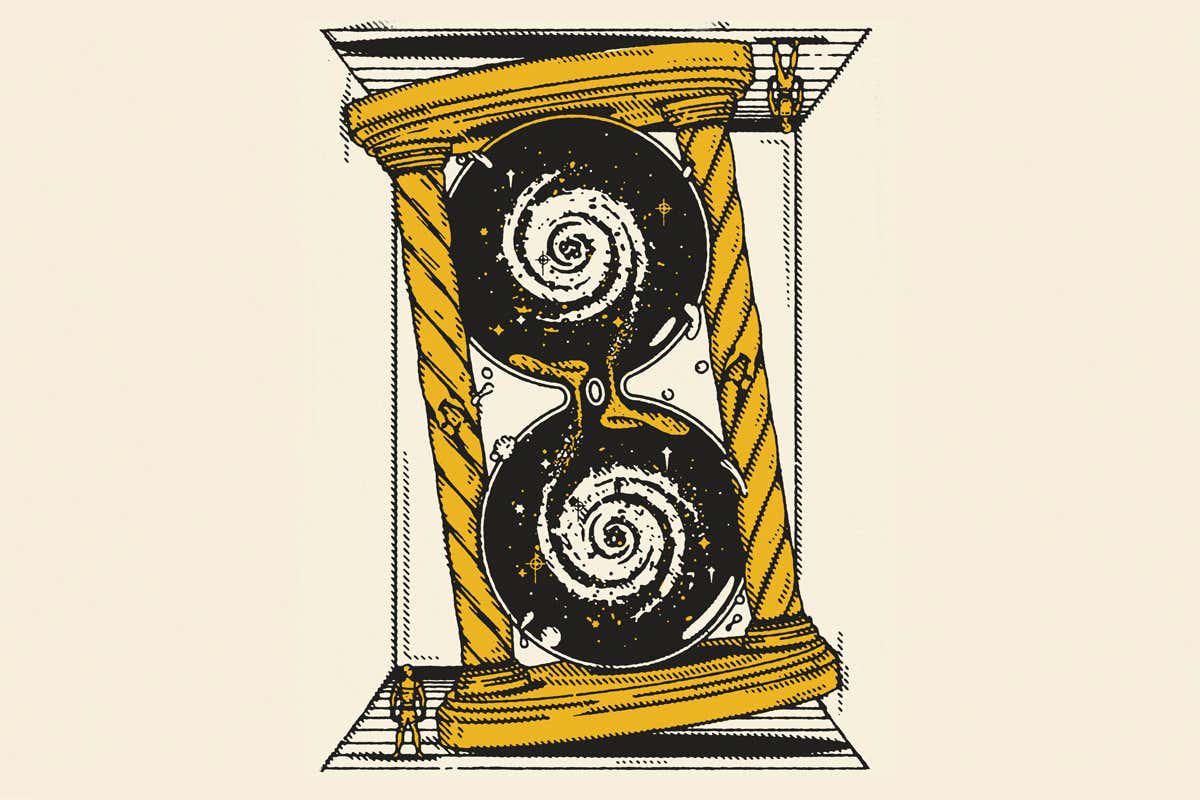 Did time flow in two directions from the big bang, making two futures?

Why time only flows forwards is one of the great mysteries of physics. A new idea suggests that it actually went in two ways from the big bang – and, even more radically, that time emerges not from entropy, but from the growth of structure

TIME moves forward. This is so obvious that we take it for granted, and the rule seems to apply everywhere we look. Observable phenomena only ever unfold in one temporal direction. We get older, not younger. We remember the past, not the future. Stars clump in galaxies rather than dispersing, and radioactive nuclei decay rather than assemble.

The big question is, where does this forward-facing arrow of time come from? The most popular explanation relates to entropy. In this picture, the flow of time is essentially a manifestation of the universe’s inescapable inclination towards disorder.

I have a different idea, or rather two. The first is that time goes both ways – that the big bang isn’t an origin for time, but a midpoint from which two parts of one universe play out, running in opposite directions. We can never see the one unfolding in the other temporal direction, yet it is there, I suggest, as a consequence of a fundamental law of nature.

My second idea is even more radical. It could transform our understanding of the very nature of time. The consequences might even reach beyond the realm of classical physics, the world we can easily see, and offer fresh clues to the quantum nature of gravity – the elusive theory that marries general relativity with quantum mechanics.

Physicists’ current ideas about time owe much to Albert Einstein. His general theory of relativity merged the three dimensions of space with one of time into space-time, the all-encompassing backdrop against which events play out. In principle, if not always in practice, we can move in …

0 0 0 0
Previous : A submersible soft robot survived the pressure in the Mariana trench
Next : Eagle-inspired robot flies by flapping its feather-covered wings