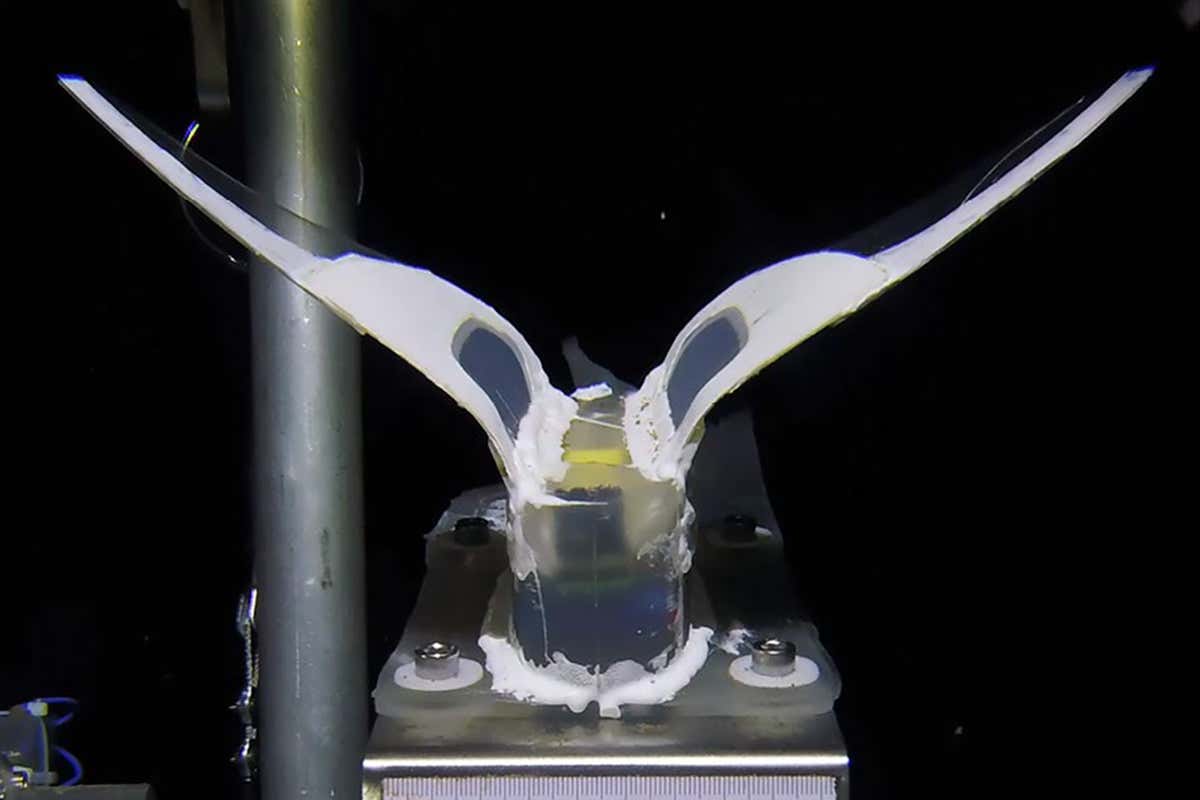 A submersible soft robot survived the pressure in the Mariana trench

A silicone robot has survived a journey to 10,900 metres below the ocean’s surface in the Mariana trench, where the crushing pressure can implode all but the strongest enclosures. This device could lead to lighter and more nimble submersible designs.

A team led by Guorui Li at Zhejiang University in China based the robot’s design on snailfish, which have relatively delicate, soft bodies and are among the deepest-living fish. They have been observed swimming at depths of more than 8000 metres.

The submersible robot looks a bit like a manta ray and is 22 centimetres long and 28 centimetres in wingspan. It is made of silicone rubber with electronic components spread throughout the body and connected by wires, rather than mounted on a circuit board like most submersibles. That’s because the team found in tests that the connections between components on rigid circuit boards were a weak point when placed under high pressure.

The robot is propelled through the water by two flapping wings designed to work like the fins of a snailfish, but which are operated by artificial muscles made of a conductive polymer that contracts when an electrical current is applied. This moves the fins in a 6.3 degree arc and pushes the robot forward in the water.


It is designed for deep-sea exploration and has been successfully tested at the bottom of the Mariana trench, the deepest part of the world’s oceans, while tethered to a traditional submersible. It maintained its flapping motion for 45 minutes.

In untethered tests 3224-metres deep in the South China Sea, the robot swam at speeds of more than 5 centimetres a second. Further untethered tests in the Mariana trench are planned once covid-19 restrictions are lifted.