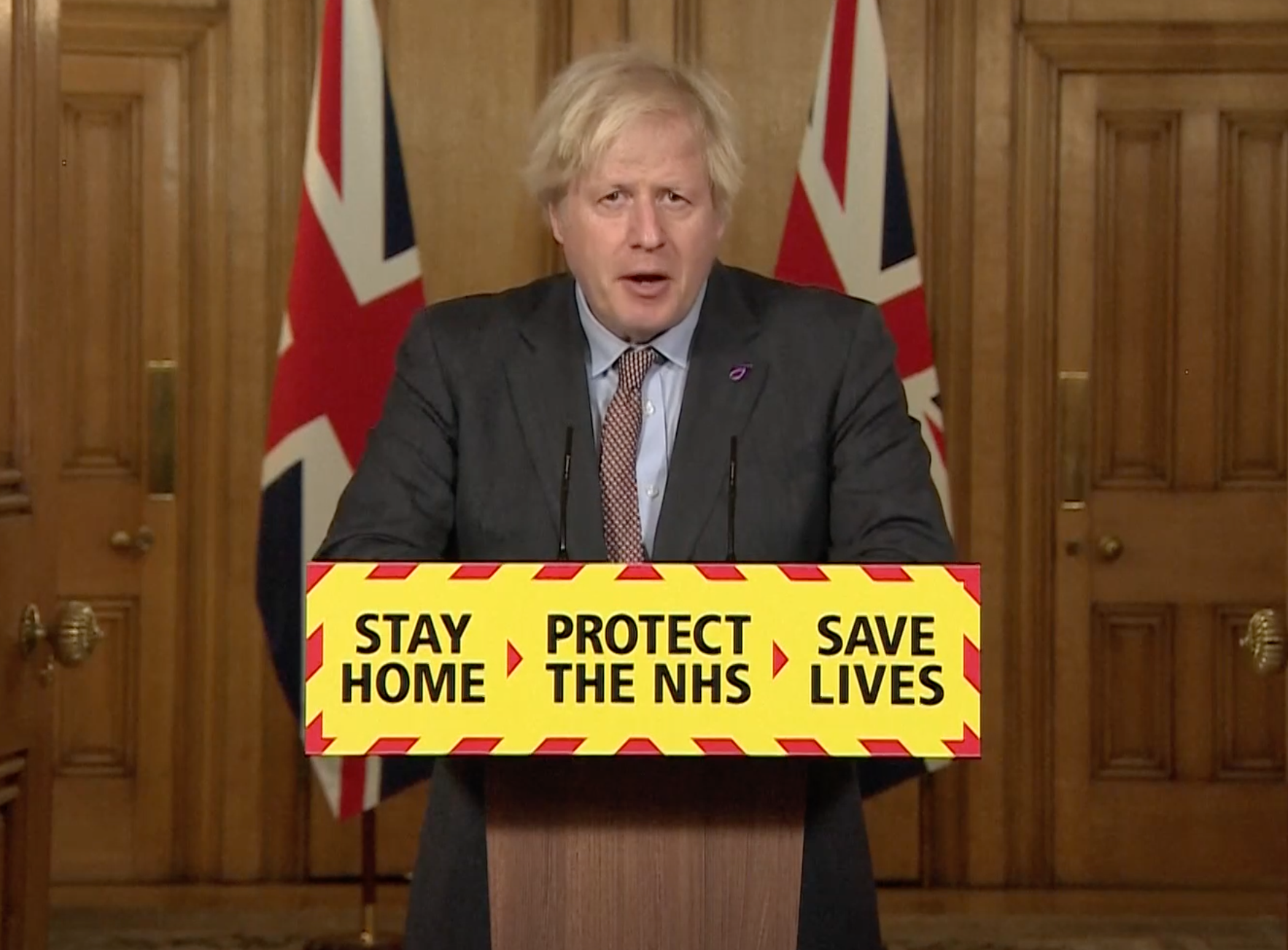 Britain and the EU stand on the brink of a vicious vaccine war, after Brussels demanded the diversion of coronavirus jabs produced in Oxford and Keele to make up for shortfalls on the continent.

Europe’s health commissioner, Stella Kyriakides, sent a blunt message to pharmaceutical giant AstraZeneca after it announced a 60 per cent cut in projected supplies for the EU, telling the Anglo-Swedish company that it was obliged to hand over doses intended for the UK.

But AZ insisted that its contracts made clear that the UK had first claim on vaccines produced domestically, and said its agreement with the European Commission was based on a promise to make “best efforts” to deliver the doses, but did not commit the company to a specific timetable.

Boris Johnson steered clear of confrontation with the EU, dodging the question at a Downing Street press conference of whether he might slap an export ban on UK-produced vaccine.

But he left no doubt that he expects the UK’s contract with AZ for 2 million doses a week to continue unbroken.

Pressure on EU leaders is driven by the 27-nation bloc’s sluggish start to its vaccination programme, which has seen just 2 per cent of the population protected, compared to around 10 per cent in the UK.

AZ’s announcement last week that a yield problem in its Belgian plant would mean the EU’s 80 million doses by the end of March being cut to 31 million came after US company Pfizer also reduced production in its European facility in order to allow an upgrade.

Brussels’ anger was not calmed by the explanation from AZ chief executive Pascal Soriot that “glitches” in its EU supply chain resulted from the European Commission taking three months longer than London to seal a deal.

Ms Kyriakides told a Brussels press conference: “We reject the logic of first come, first served. That may work at the neighbourhood butchers but not in contracts.”

She insisted that the contract signed with AZ, which worked with Oxford University on the development of its vaccine, covers production from the two UK plants.

“There is no hierarchy of the factories. You are aware in the contracts there are four factories listed but it does not differentiate between the UK and Europe. The UK factories are part of our advance purchase agreements and that is why they have to deliver,” she said.

“We expect the doses that are in an advance purchase agreement to be delivered to the European Union.”

Ms Kyriakides said later on Wednesday the EU and AstraZeneca had failed to make a breakthrough in talks over vaccine deliveries.

“We regret the continued lack of clarity on the delivery schedule,” she said in a tweet, adding the EU was requesting a clear plan from AstraZeneca for the rapid delivery of the vaccine doses the bloc has reserved for the first quarter.

The EU contract envisaged the supply of at least 300 million doses, providing the vaccine was approved as safe and effective. The European Medicines Agency has yet to approve the AZ vaccine for use, with a decision expected on Friday.

EU officials said the best-effort clause was standard for contracts on products in development, but did not relieve the company of an obligation to show an overall effort to develop and deliver the vaccines to the best of its abilities.

They added the firm had not provided sufficient explanations on why doses could not be shipped from stocks at factories which experienced no production problem, like those in Britain.

In a mark of growing distrust, there was a public row after EU officials accused AZ of pulling out of a planned meeting on Wednesday evening to discuss the impasse, only for the company to say it was attending.

And German MEP Peter Liese, a member of the European Parliament’s health committee, said that the UK had “better think twice” about trying to hog a vaccine that he said was “developed with the aid of the German state and European Union money”.

Mr Liese told Euronews: “If there is anyone thinking that European citizens would accept that we give this high-quality vaccine to the UK and accept to be treated as second-class by a UK-based company, I think the only consequence can be immediately to stop the export of the biotech.

“Then we are in the middle of a trade war. So the company and the UK better think twice … If it’s UK first, we need to tell other companies in the world if you treat the Europeans as second class, you will suffer for this.”

Ms Kyriakides backed away from a threat issued on Monday to block the export of vaccines produced within the EU.

“Let me be absolutely clear, the European Union is not imposing an export ban on vaccines or restricting the export of vaccines to third countries,” she said.

“What we have proposed as a Commission is an export transparency mechanism. What it will do is bring clarity on the production capacity of manufacturers.”

Mr Johnson admitted there would be “ups and downs” in the UK’s vaccination programmes, after the latest official figures showed 220,249 doses were given on Sunday, 279,757 on Monday and 311,060 on Tuesday – well down on the figures in excess of 400,000 achieved on the previous three days, including a record 491,970 on Saturday.

“Don’t forget that these are vaccines that have only just been invented and the batches are only just being approved,” he told the Downing Street press conference.

“I think one of the things that we said at the beginning is that there would be bumps, there would ups and downs, particularly in these early phases as production gets under way.”

The government’s chief scientific adviser, Sir Patrick Vallance, said: “Ten years ago we wouldn’t have been able to do this. That is the extraordinary thing that’s happened.

“The new vaccine technologies have come along that have allowed this to happen. Ten years ago, if this had happened, we would not be in this position. It’s remarkable.”

Commenting on the “lumpiness of supply”, he added: “This isn’t making widgets, these are complex, quality controlled, biological processes.

“It’s not surprising that the supply goes up and down a bit. There will be changes week on week and that’s to be expected.”