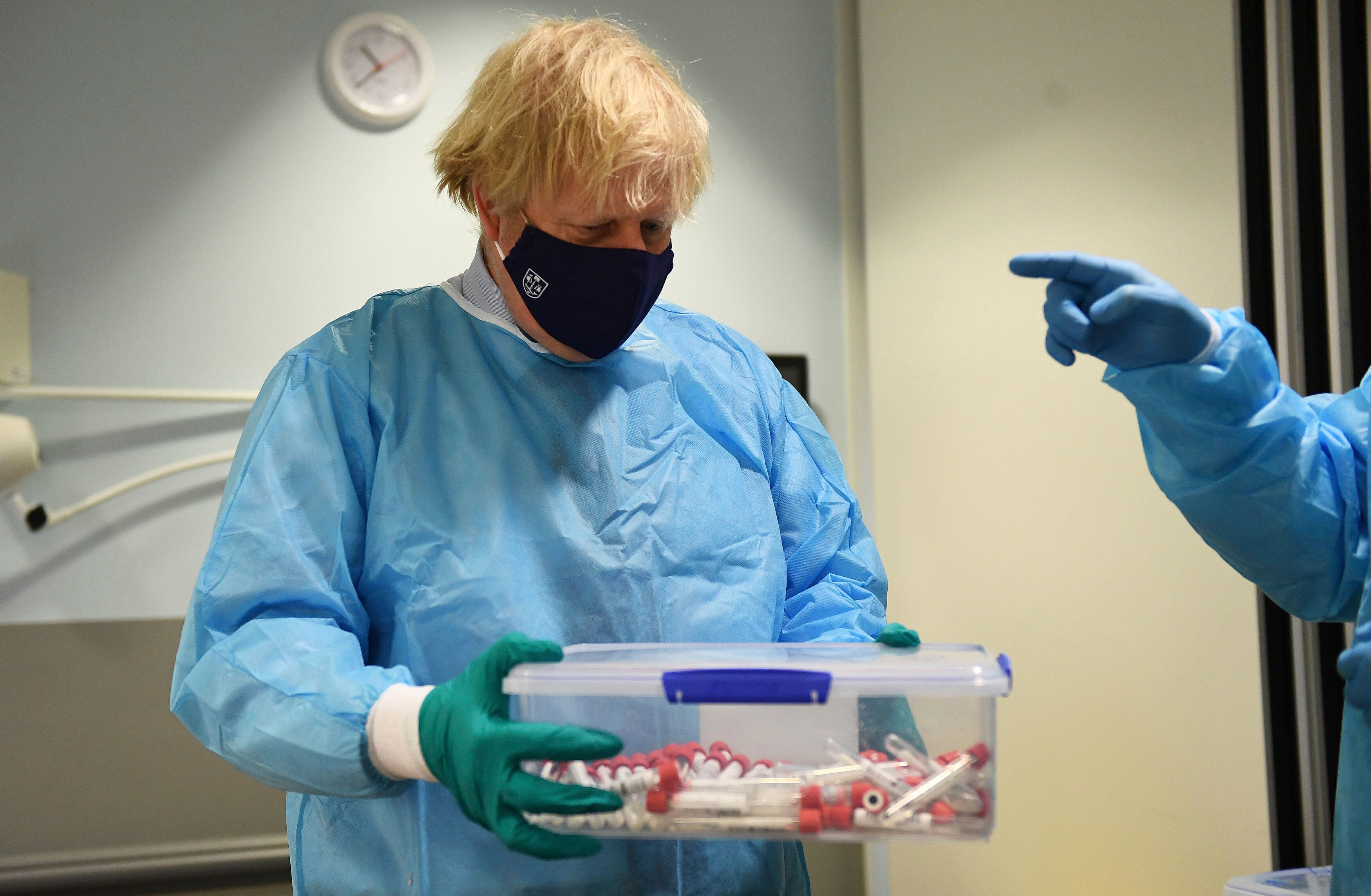 British Prime Minister Boris Johnson faced accusations Thursday that he is not abiding by the country’s lockdown rules as he visited Scotland to laud the rapid rollout of coronavirus vaccines across the United Kingdom.

With a raft of polling showing increased support for Scottish independence from the U.K. Johnson’s visit to promote the benefits of the union stands to be overshadowed by the lockdown dispute. Although Scotland has its own government in Edinburgh that has an array powers from public health through to education, it remains part of the U.K. under which London still has huge influence.

“Mutual co-operation across the U.K. throughout this pandemic is exactly what the people of Scotland expect and it is what I have been focused on,” Johnson said.

The U.K. has endured Europe’s deadliest coronavirus outbreak with more than 102,000 virus-linked deaths but it has been among the world’s leaders in rolling out a virus vaccination program.

Johnson, who has already visited a laboratory at the Queen Elizabeth University Hospital in Glasgow as part of his trip, is arguing that Scotland is benefiting from his Conservative government’s approach to getting vaccine shots out quickly.

Critics say the prime minister is politicking at a time when the U.K. is in a strict lockdown as a result of a huge resurgence of the virus that Johnson has largely blamed on a new variant first identified around London and southeast England.

Scottish First Minister Nicola Sturgeon has described Johnson’s visit as “not essential,” in the same way that a visit by herself to another part of Scotland would not be deemed essential under current lockdown rules.

Sturgeon, whose Scottish National Party wants to hold another referendum on Scotland’s independence, is way ahead in polls ahead of a general election in May, with some showing support at over 50%.

Should the SNP win a clear majority, Sturgeon has said she will look to hold another vote on Scotland’s future. Johnson, who under the law would have to back a referendum to make it legal, has indicated that he won’t do so, arguing that as recently as 2014 Scotland voted to stay part of the U.K. by a clear majority.

Sturgeon argues the situation has changed dramatically since then because Britain has left the European Union, even though voters in Scotland overwhelmingly backed remaining part of the bloc. That break became a harsh business reality on Jan. 1.

In Scotland, Sturgeon’s government has been widely seen as handling the pandemic well. At key moments, she is seen as having taken a more cautious approach than Johnson.

Ahead of the visit, Michael Gove, a close ally of Johnson’s, insisted the prime minister’s visit was “absolutely essential” because Johnson has to ensure that the country’s vaccine rollout is working properly.

“It’s critically important that the Scottish government and the U.K. government are working together to do everything we can to support the rollout and see what we can do to improve it,” he told BBC radio.

Even Keir Starmer, leader of the opposition Labour Party, came to Johnson’s support.

“I’m with the prime minister on this one,” he said on radio station LBC. “It’s important that he travels to see what is going on, on the ground.”

Follow all AP stories about Brexit and British politics at https://apnews.com/Brexit

0 0 0 0
Previous : ‘You stand for everything I hate’: Reddit WallStreetBets posts open letter to Wall Street hedge funds
Next : Man in Malaysia jailed for 1,050 years for raping stepdaughter after case shocks nation