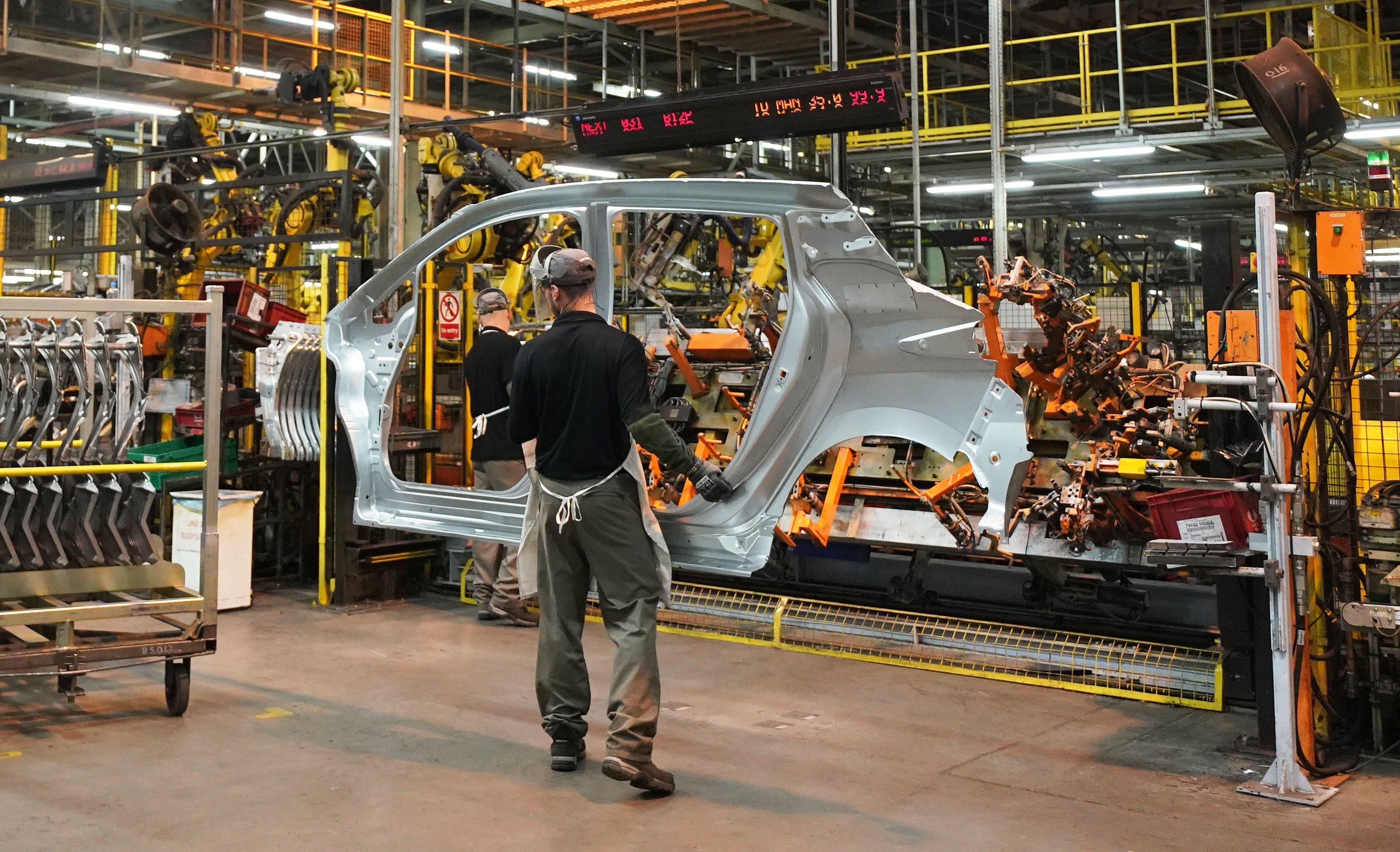 Car production fell by close to a third last year to its lowest level in 36 years as manufacturers were hit by the pandemic and uncertainty about the Brexit trade deal.

Output fell for the fifth consecutive year, declining 29.3 per cent in 2020 alone, the Society of Motor Manufacturers and Traders (SMMT) said.

Commercial vehicle production fell by 15 per cent last year and the number of engines built slumped by 27 per cent.

More than 80 per cent of vehicles produced were exported and the EU remained the biggest market, accounting for 53.5 per cent of sales.

Commenting on the slump in production, Mr Hawes said: “These figures, the worst in a generation, reflect the devastating impact of the pandemic on UK automotive production, with Covid lockdowns depressing demand, shuttering plants and threatening lives and livelihoods.

“The industry faces 2021 with more optimism, however with a vaccine being rolled out and clarity on how we trade with Europe, which remains by far our biggest market.

“The immediate challenge is to adapt to the new conditions, to overcome the additional customs burdens and regain our global competitiveness while delivering zero-emission transport.”

Investment in the sector has plunged since the EU referendum and car makers have announced large-scale job losses including 10,000 last year.

While the industry has welcomed the Brexit deal announced on Christmas Eve, manufacturers face significant barriers to trade with the EU.

Alessandro Marongiu, international trade policy manager at the SMMT, told a House of Lords Committee this week that, while the agreement provided the opportunity for tariff-free access, there was no such thing as a tariff-free deal.

“Tariffs apply unless you comply, and can demonstrate you comply, with rules-of-origin requirements. The threat of tariffs is there although agreement allows us to trade tariff-free and quota-free,” he said.

Naomi Smith, chief executive of Best for Britain called on the government to do more to help car manufacturers deal with disruption they are facing.

“The knock-on impact of these bleak figures include at least 10,000 workers made redundant and almost £2bn lost to the Exchequer because of the drop in private car sales alone,” Ms Smith said

“We know Covid and Brexit are battering the car industry – we’ve known for a year – what we need to know now is what the government plans to do to replace those lost jobs and that lost tax revenue in the months and years ahead.

“It could start by urgently reappraising the new barriers faced by auto exporters, and reaching out to help entrepreneurs who can kick-start new businesses in the areas most affected by these job losses.”

0 0 0 0
Previous : Fascism unleashed – Biden tyranny arrests journalist for posting MEMES and then lies about the law it used to do so. Lynch-mob channel CNN all in favour
Next : You can’t hide your frequency – David Icke talks with Wholistic.com about the ‘vibes’ that can imprison us or set us free