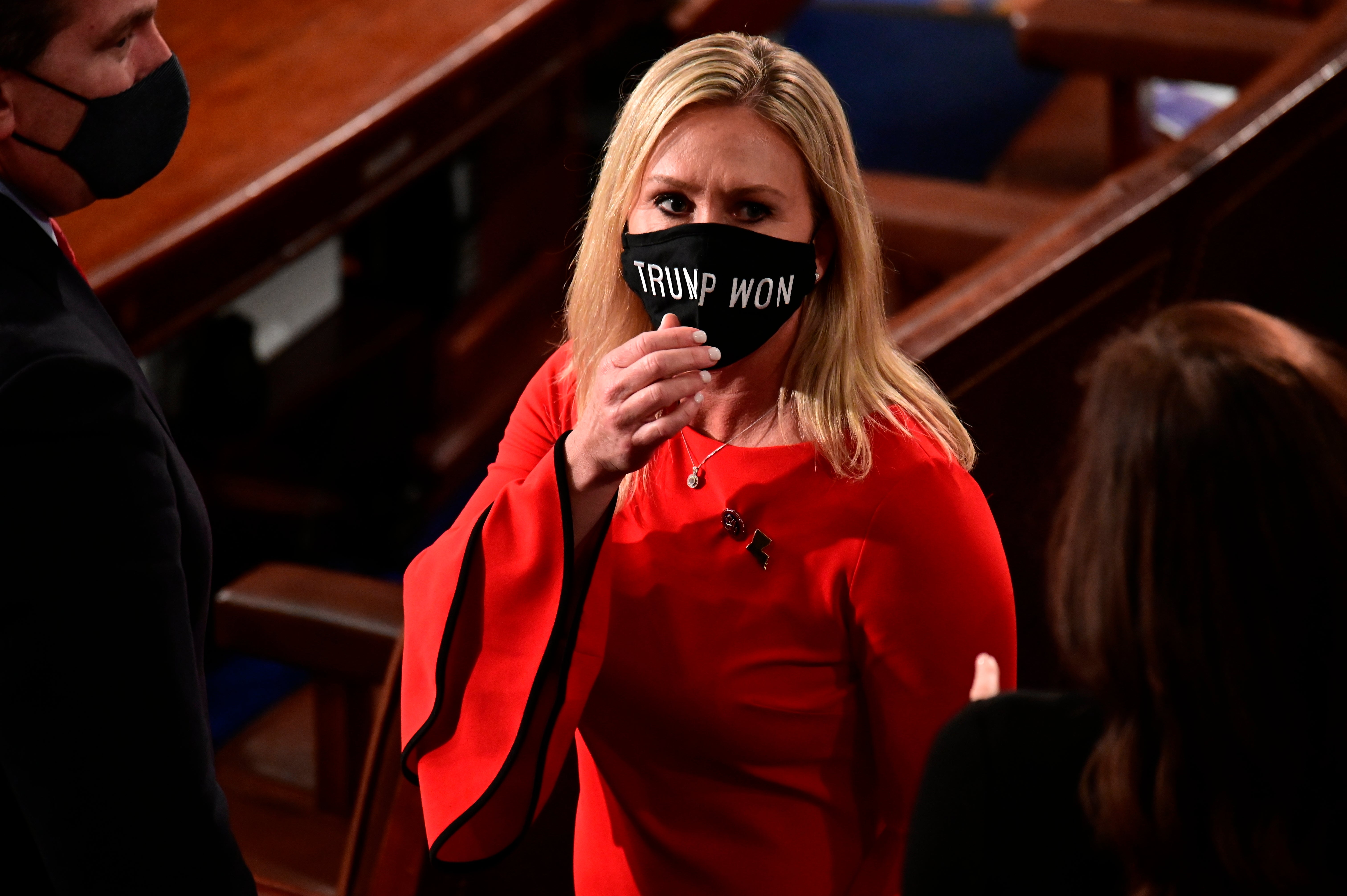 A TV crew was threatened with arrest at a town hall held by QAnon-supporting congresswoman Marjorie Taylor Greene, after they asked a question.

Meredith Aldis, a reporter with WRCBtv, said she was asked to attend the town hall event on Wednesday, but when the TV crew arrived they were told they would not be allowed to ask questions or speak with anyone.

WRCBtv reported that when Ms Aldis attempted to ask a question, she and a camera person were approached by a Whitfield County Sheriff’s Deputy who told the TV crew to leave.

She had attempted to ask Ms Greene about a resolution introduced by Democrat congressman Jimmy Gomez on the same day, that could expel her from Congress over previous comments.

The WRCBtv crew, who showed their invitation and press credentials to the sheriff’s deputy, were escorted out of the town hall after the reporter’s intervention.

That was when the sheriff’s deputy threatened them with arrest and charges of criminal trespassing if they did not leave the facility.

The reporter wrote afterwards on Twitter: “I tried to ask a question during the Town Hall meeting and was threatened to be arrested by Whitfield County Sheriff’s Deputies and was escorted out.”

A spokesperson for Ms Greene’s office told WRCBtv that Ms Aldis and a camera person were removed because the event “was not a press conference” and that asking questions was a “disruption”.

CNN reported on Wednesday that the Georgia congresswoman previously liked posts about executing top Democrats in Congress, after analysing her social media activity from 2018 and 2019.

She was also widely criticised after a video went viral showing her verbally harass a Parkland School shooting survivor – also before she was elected to Congress as a QAnon and Donald Trump supporter in November.

A number of Democrats, including congresswoman Alexandria Ocasio-Cortez, have joined Mr Gomez’s calls for Ms Greene to be removed from officer for her previous comments.