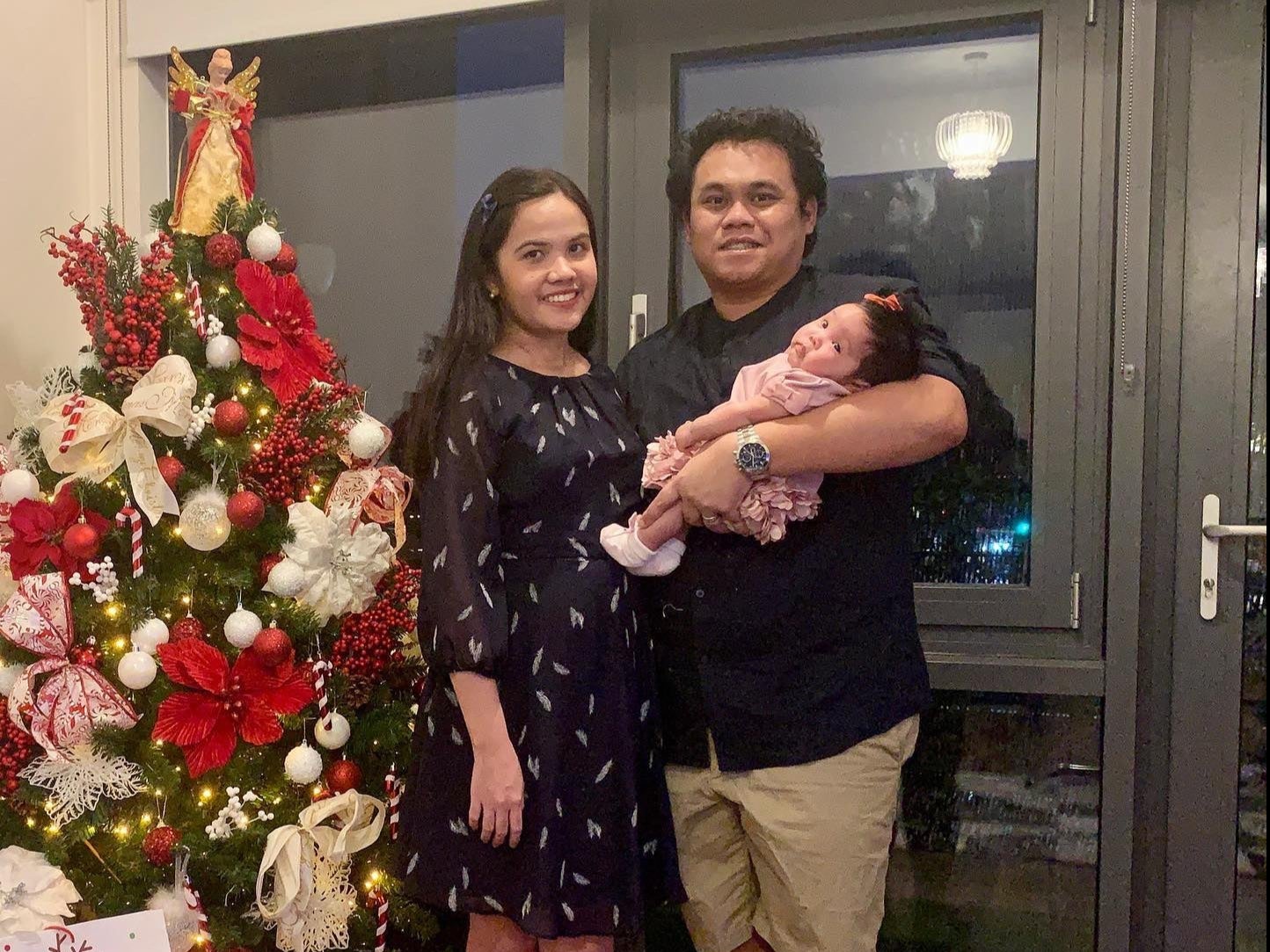 An NHS nurse who has no memory of giving birth while in hospital and seriously ill with Covid-19 has met her baby daughter for the first time.

Eva Gicain, 30, of Basildon in Essex, was off work from September as she entered the third trimester of her pregnancy and her risk of becoming ill with Covid-19 increased.

But Mrs Gicain, who works at a London hospital, contracted coronavirus and was admitted to hospital in Basildon in late October while 34 weeks pregnant.

Her condition deteriorated and she had an emergency Caesarean section at 35 weeks pregnant.

She has no memory of giving birth to her daughter, Elleana, and does not remember being transferred to Royal Papworth Hospital in Cambridge 10 days later as she fought for her life.

Mrs Gicain was admitted to critical care at the hospital and put on a special machine that takes over the job of the lungs, giving them time to recover.

The machine removes carbon dioxide from the blood and adds oxygen, and is used to treat coronavirus patients as a last resort when other forms of ventilation have been unsuccessful.

Mrs Gicain was moved to a step-down ward a few days before Christmas, and was finally discharged from the hospital to applause on January 12 – after 76 days in hospital in Cambridge and Basildon.

“The first thing I remember is just a few days before Christmas and being told where I was, what I had been through and that Elleana was doing well,” said Mrs Gicain.

“I was able to regularly video call my husband, Limuel, and Elleana, and we spent a long time on the phone together on Christmas Day, although I couldn’t speak much as my throat was so sore from having been ventilated.

“Not being able to see them in person and touch them was so difficult. I was determined to get home to them as soon as possible.”

A few days after returning home, she said: “I am feeling much better now.

“When I held Elleana for the first time I didn’t want to let go.

“It was a special moment.

“Life is unpredictable and we are now just looking forward to being a little family and spending time together.”

Mr Gicain, also aged 30, was isolating at home with Covid-19 while his wife was unconscious in hospital in Cambridge and his baby daughter was at Basildon’s neonatal intensive care unit (NICU).

“I was very unwell so I couldn’t leave the house, never mind visit either my wife or daughter” he said.

“It was so horrible the three of us being in separate places at a time when we should all have been together.

“I was finally able to visit Elleana just in time for her being discharged from NICU on November 21.”

The healthcare assistant had already agreed a name with his wife as they knew they were having a girl, and was able to confirm the spelling his wife wanted by looking at some personalised pyjamas she bought that were meant as a Christmas present.

Mrs Gicain is one of the youngest patients to receive ECMO for Covid-19 at Royal Papworth Hospital.

The hospital is one of five centres in England commissioned to provide ECMO for adults in acute respiratory failure.