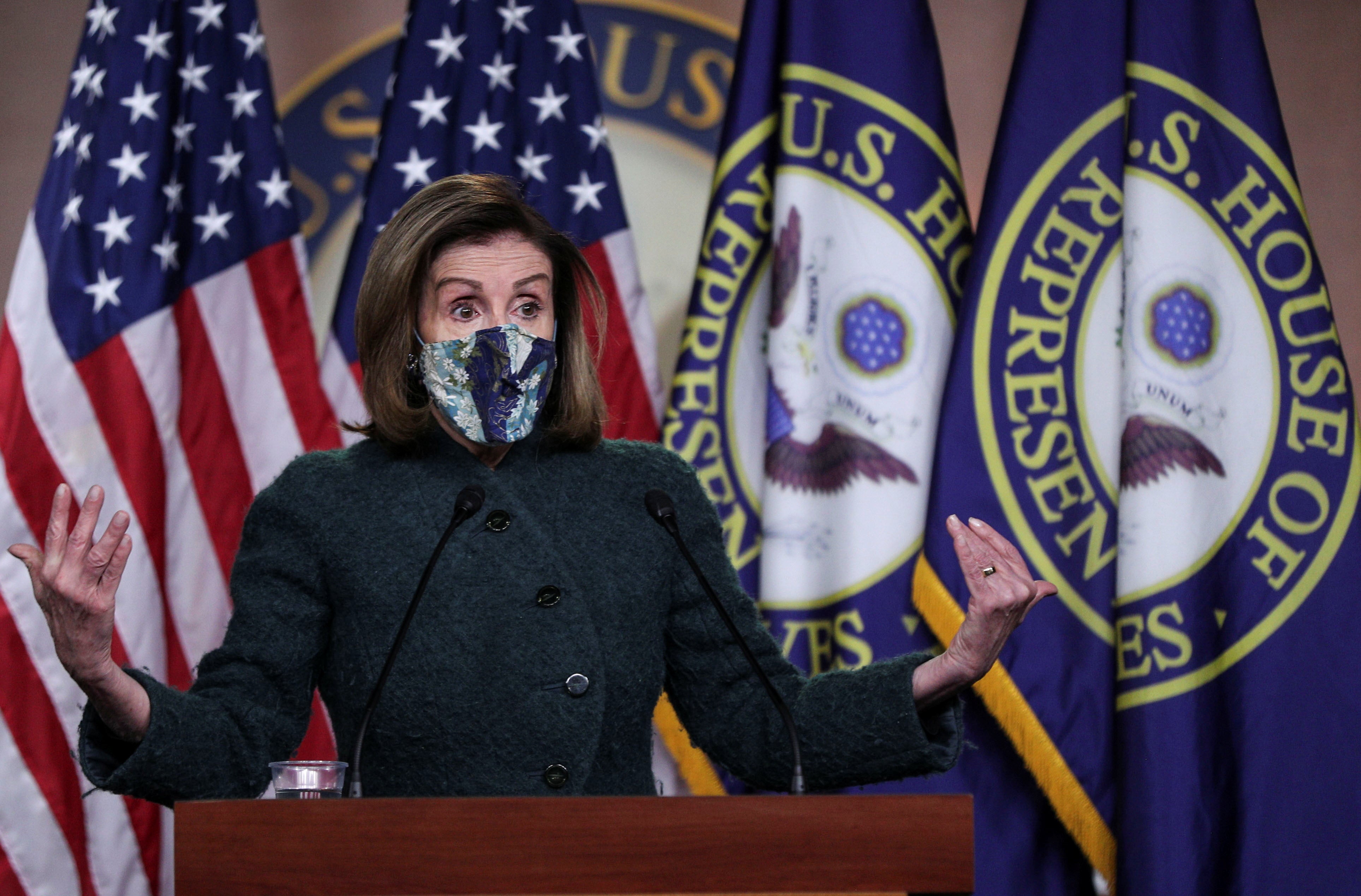 House Speaker Nancy Pelosi has condemned Republican leadership in the House of Representatives for assigning Marjorie Taylor Greene to an education committee despite her comments and social media posts appearing to believe school shootings were staged or “false flag” events.

She also appeared to support posts from other users sharing conspiracies that the 9-11 attacks were “done by our own” government and that “none of the school shootings were real or done by the ones who were supposedly arrested for them”.

Ms Greene frequently has amplified far-right conspiracy theories and violence against elected officials on her social media page, including liking a comment in 2019 that said “a bullet to the head would be quicker” to remove Speaker Pelosi. (Following her primary election victory in 2020, Ms Green said she would “kick that b**** out of Congress).

In another comment from 2018, a user asked: “Now do we get to hang them ?? Meaning H & O ???,” in reference to Hillary Clinton and Barack Obama. She replied: “Stage is being set. Players are being put in place. We must be patient. This must be done perfectly or liberal judges would let them off.”

On Wednesday, California House Rep Jimmy Gomez announced a resolution to expel her from Congress.

Her placement on education committees despite her comments is “absolutely appalling”, Speaker Pelosi told reporters on Thursday.

“What I’m concerned about is the Republican leadership in the House of Representatives, who is willing to overlook, ignore those statements,” she said.

“The focus has to be on the Republican leadership … for the disregard they have for the deaths of those children,” she said. ”Not only are they not interested in gun safety and gun violence prevention by passing legislation for background checks … but to have someone who would mock, or call these fake events, it’s just beyond any understanding, any regard, House Republicans would have for the House of Representatives, for the Congress of the United States, and for the heartbreak of the families … It is really beyond the pale.”