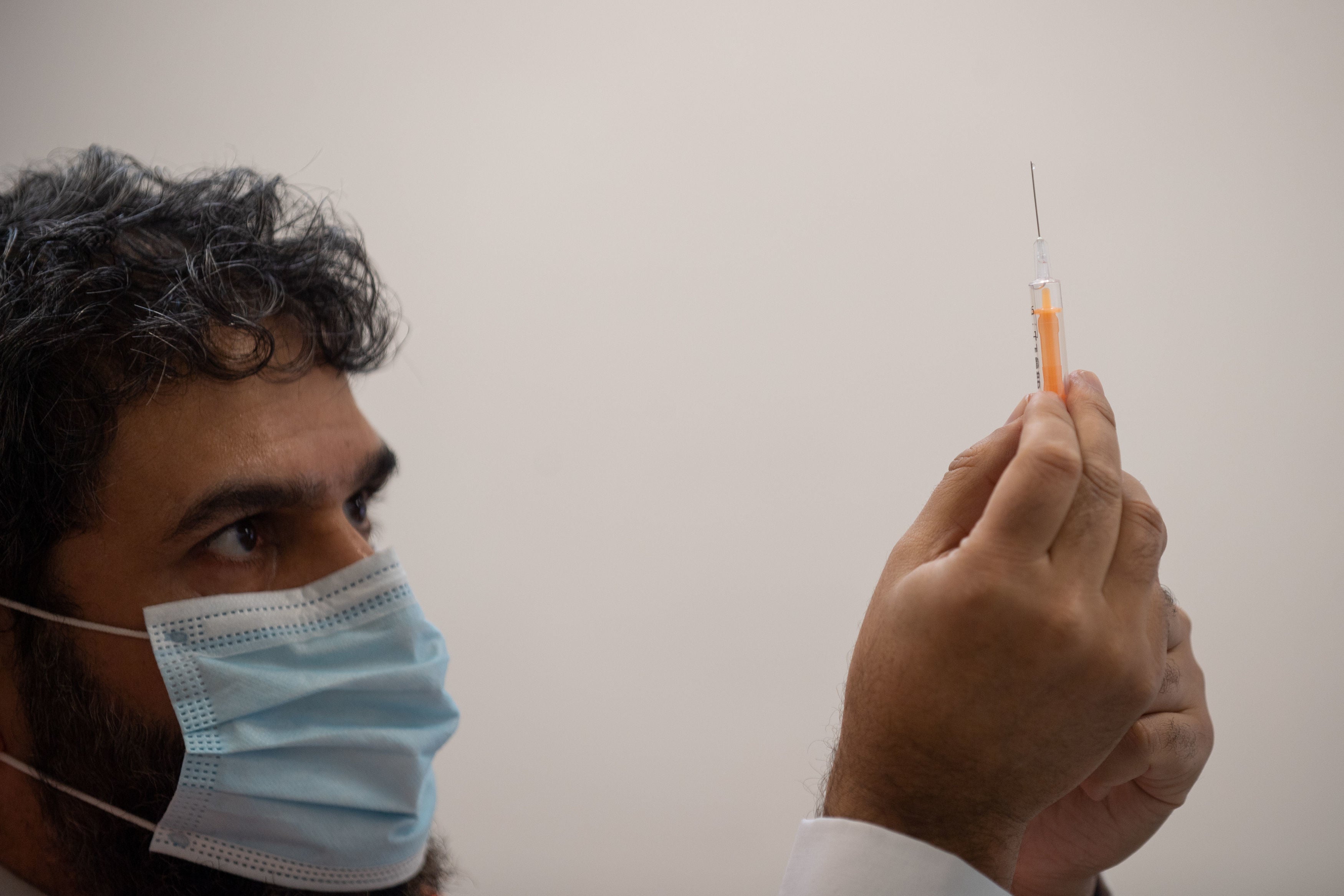 Belgian health authorities have inspected the pharmaceutical factory at the heart of a “vaccine war” row between the UK and the European Union.

Glitches in production at the Novasep plant in the Belgian town of Seneffe have been blamed for a dramatic cut in pharmaceutical giant AstraZeneca’s planned supply of coronavirus vaccine to the EU.

Brussels demanded on Wednesday that doses produced by AZ in the UK should be diverted to the EU to make up for the shortfall.

Amid fury from the European Commission over the reduction from 80m to 31m in AZ’s projected delivery over the coming weeks, the company’s chief executive Pascal Soriot said that the Novasep plant had experienced low yields in a “glitch” which was to be expected as worldwide production was scaled up to billions of doses over a short period.

Novasep said today that its teams had “worked hard to meet its obligations to AstraZeneca with unprecedented speed and commitment”.

The company added: “Manufacturing the Covid-19 vaccine is a pioneering process in terms of scale, complexity and quantity. We have worked closely with AstraZeneca and conducted regular and coordinated reviews of the production processes to ensure the active drug substance was delivered on time and met the highest standards for quality and stability.”

France Dammel, a spokesperson for Belgium‘s health minister, said experts from the federal medicine agency inspected the Novasep site at the request of the European Commission. They will now work with Dutch, Italian and Spanish experts before delivering a report in the coming days.

Michael Gove today insisted that the UK must receive the coronavirus vaccines it has ordered, as the government continued to resist EU pressure to allow doses to be rerouted to Europe.

An emergency meeting between AZ and the EU’s vaccine steering board – which includes representatives from the Commission and member states – concluded last night without agreement, but with both sides promising to be “constructive”.

The Anglo-Swedish giant insists that its contract with the UK gives Britain first claim on doses produced at plants in Oxford and Keele.

But EU health commissioner Stella Kyriakides said on Wednesday that the UK factories were included in an advance purchase agreement with AZ for 300m doses.

“We reject the logic of first come, first served,” she said. “That may work at the neighbourhood butchers but not in contracts.”

And German MEP Peter Liese warned of a “trade war”, saying that the company and the UK had “better think twice”.

Today, Mr Gove hit back by insisting that the UK’s contract for 2m weekly doses of the vaccine must be met in full.

“I think we need to make sure that the vaccine supply that has been bought and paid for, procured for those in the UK, is delivered,” the Cabinet Office minister told LBC radio.

Asked repeatedly by the BBC Radio 4 Today programme if the government would prevent supplies going from Britain to the EU, Gove said the crucial issue was that Britain received its orders as planned and on time.

“It is the case that the supplies which have been planned, paid for and scheduled should continue,” Gove told the BBC. “Absolutely, there will be no interruption to that.

“But again, I think that the right approach to take with our friends in Europe is to make sure that we foster cooperative dialogue to see how we can do everything we can to help.”

Pressure on EU politicians to speed up supplies has been intense as the 27-nation bloc lags badly in its vaccination programme, with just 2 per cent of its population protected compared to 10 per cent in the UK.

Following Wednesday evening’s meeting, Ms Kyriakides said that the EU remained “united and firm” in its belief that “contractual obligations must be met, vaccines must be delivered to EU citizens”.

She characterised the tone of the meeting as “constructive”, but added: “We regret the continued lack of clarity on the delivery schedule and request a clear plan from AstraZeneca for the fast delivery of the quantity of vaccines that we reserved for Q1 (the first quarter of 2021).

“We will work with the company to find solutions and deliver vaccines rapidly for EU citizens.”

AstraZeneca said: “We had a constructive and open conversation about the complexities of scaling up production of our vaccine, and the challenges we have encountered,” the company said.

“We have committed to even closer co-ordination to jointly chart a path for the delivery of our vaccine over the coming months as we continue our efforts to bring this vaccine to millions of Europeans at no profit during the pandemic.”

Labour leader Sir Keir Starmer said the issue should be resolved through increased production rather than UK doses being diverted to the EU.

“I don’t want to interrupt the supply of vaccines into the United Kingdom,” he told LBC Radio.

“But we do need to resolve this, it is a war of words, it has got to be resolved and there is no interest in other countries not getting the vaccine because unless this is dealt with globally, we will simply reintroduce variants across the world.”

The AZ vaccine has not yet been cleared for use in the EU, with approval expected from the European Medicines Agency on Friday.

Germany’s health minister Jens Spahn said he expects the current shortage to continue well into April, tweeting: “We will still have at least 10 tough weeks with a shortage of vaccine.”

0 0 0 0
Previous : Producer of ‘Hunger Games’ talks about Hollywood paedophiles and the global child abuse and trafficking network that I have been exposing since the 1990s
Next : Rapist who lured teenager into car for attack convicted