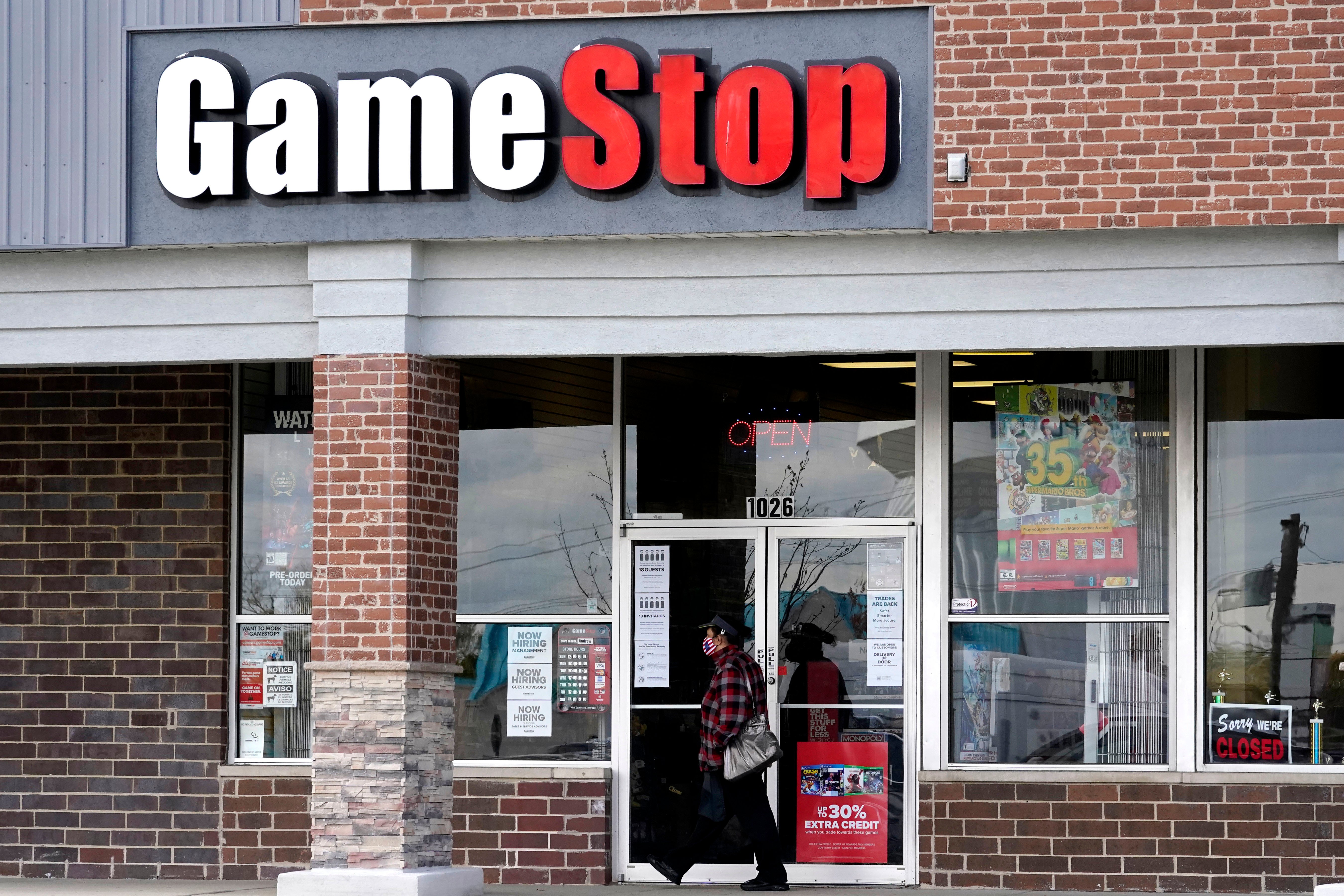 GameStop shares surged a further 40 per cent in pre-market trading before dropping sharply on Thursday after a public battle between Reddit users and Wall Street hedge funds.

The company’s stock was trading 15 per cent below the price at Wednesday’s close, ending an astonishing five-day rally that saw the loss-making retailer’s valuation surge nine-fold, inflicting huge losses on large funds that had bet against the struggling firm.

The $296 share price implies that the business is worth around $20bn – a level most analysts believe is implausible.

The group briefly went private on Wednesday before re-opening again and its server was taken down by messaging platform Discord and then restored again, while US regulators said they were “actively monitoring” volatility in stock and options markets.

Posters on WallStreetBets urged investors to “hold the line” and keep faith that the mania would continue, pushing GameStop’s stock higher still.

Other posts called on investors to back similarly unfavoured stocks that have been heavily bet against by large funds including BlackBerry and cinema chain AMC.

AMC’s share price dropped in pre-market trading after spiking more than 200 per cent in Wednesday following a flurry of social media posts.

Some commentators have billed the situation as a battle between amateur investors and the financial establishment and hitting back at hedge funds that pile in to damage viable companies by short-selling their shares.

“I think what you are seeing is a pushback against the establishment in a really important way,” billionaire investor and philanthropist Chamath Palihapitiya told CNBC.

He said many people who post on WallStreetBets have carried out fundamental analysis on companies “that is as good, if not better, than many of the hedge funds that I work with”.

He added: “Second there are a lot of people who believe that coming out of 2008 Wall Street took an enormous amount of risk and left [ordinary people] as the bag holder.

“A lot of these people were in grade school or high school when that happened, they lost their homes, their parents lost their jobs and they’ve always wondered why did those folks get bailed out for taking enormous amounts of risk and no one showed up to help my family?”

Another billionaire, entrepreneur Mark Cuban said he “loved” what had happened with GameStop and even his 11-year-old son had made money betting on the company after reading WallStreetBets.

“I got to say I LOVE LOVE what is going on with #wallstreebets,” Mr Cuban said in a tweet.

“All of those years of High Frequency Traders front running retail traders, now speed and density of information and retail trading is giving the little guy an edge. Even my 11 yr old traded w them and made $”

Meanwhile, critics say the short squeeze on GameStop is merely a “pump and dump” operation that’s little better than those made famous by Leonardo DiCaprio’s portrayal of Jordan Belfort in the Wolf of Wall Street.

Pump and dump is a time-honoured technique of manipulating a share price to push it higher, allowing some people to make massive profits before a rapid sell-off causes the price to crash again.

Investors have been warned that they face large losses when holders of GameStop’s shares – and options to buy and sell them – exit their positions causing the price to fall sharply.

Whatever the interpretation, the situation has underlined how influential social media can be in rapidly shifting the prices of assets including shares and cryptocurrencies.

US regulator the Securities and Exchange Commission (SEC)  said it was “aware of and actively monitoring the on-going market volatility in the options and equities markets”.