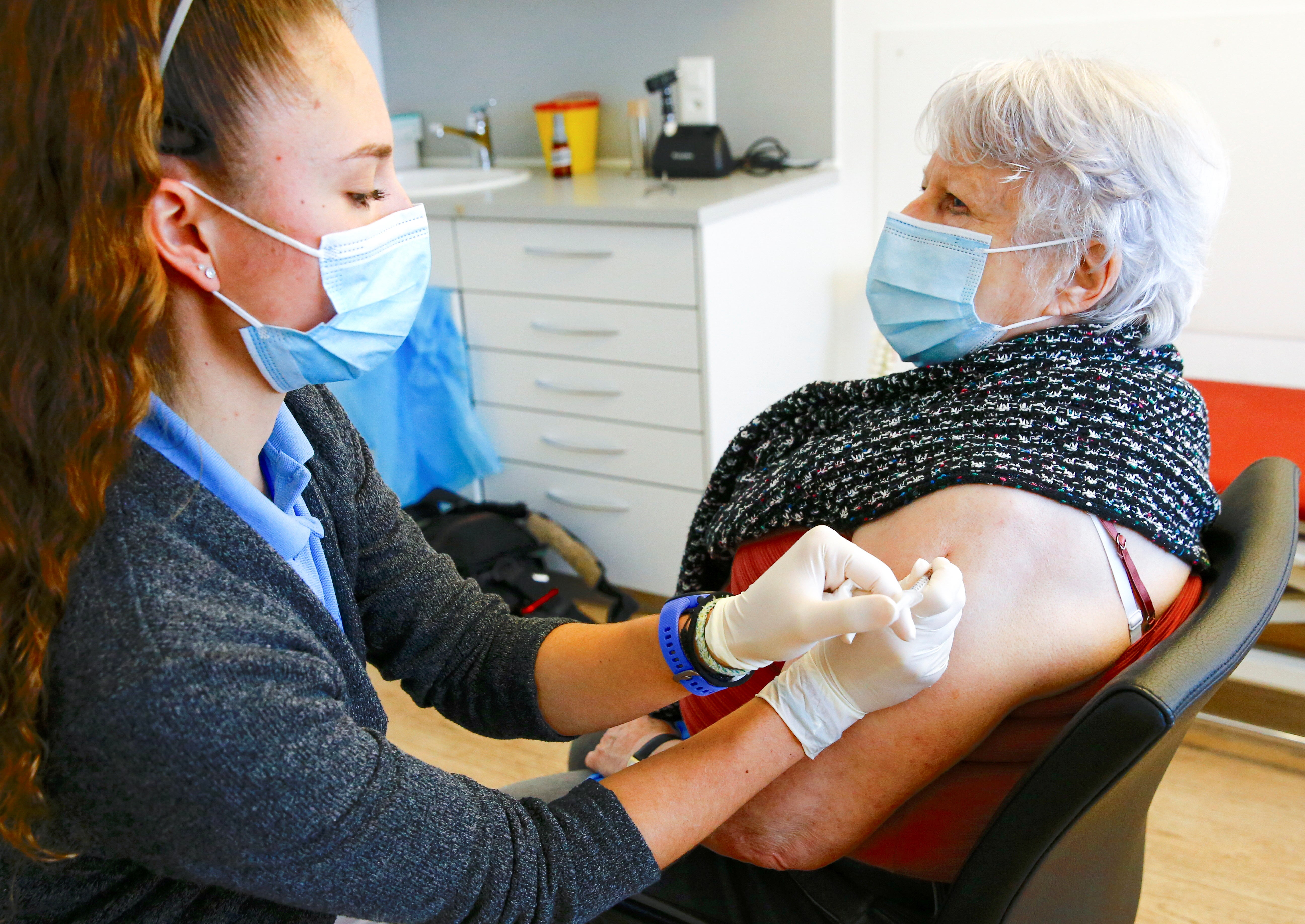 The EU says is ready to use “all legal means” to retain vaccine supplies, stepping up its threat to block exports of Pfizer jabs to the UK if necessary.

The so-called “vaccine wars” have been sparked by AstraZeneca guaranteeing supplies to the UK – while delaying deliveries to the EU because of production problems, arguing its contract was signed later.

In response, Mr Michel said emergency measures were being explored to block exports, including of the Pfizer vaccine where the UK has 40 million doses on order.

“This would give the EU and member states the legal means, by adopting appropriate urgent measures, to ensure effective vaccine production and supply for our population,” he wrote.

“I made this suggestion to the Commission President von der Leyen so that we can explore this avenue imminently,” he told the leaders of Austria, the Czech Republic, Denmark and Greece.

Mr Michel, who represents the EU’s 27 member states, said efforts would continue to resolve the matter with AstraZeneca “through dialogue and negotiation”.

“However, if no satisfactory solution can be found, I believe we should explore all options and make use of all legal means and enforcement measures at our disposal under the Treaties,” he added.

The conflict – which follows an EU claim on some vaccines made in the UK – heated up amid a separate spat over a German ruling that the AstraZeneca vaccine should only be given to under-65s.

On a visit to Scotland, Boris Johnson denied any concerns, saying: “No, because I think the MHRA, our own authorities, have made it very clear that they think the Oxford-AstraZeneca vaccine is very good”.

Concern is growing in Brussels that is falling behind in the vaccine race, with around 13 per cent of Britons given a jab, compared with only 2 per cent of the EU’s population.

One data company’s forecast suggests that the UK will have achieved herd immunity by vaccinating 75 per cent of the population by 14 July – while the EU will have to wait until 21 October.

Meanwhile, the worst violence in decades has broken out in Dutch cities against coronavirus restrictions, with fears the protests will grow if hopes are dashed.

The EU failed to make a breakthrough in crisis talks with AstraZeneca on Wednesday, when it demanded the drugmaker spell out how it will supply the bloc with reserved doses of vaccine from plants on both sides of the Channel.

More comprehensive checks have also delayed regulatory approval – which is now expected to be given on Friday.

0 0 0 0
Previous : If the UK becomes a failed state after Brexit, what will happen to England?
Next : In virus-struck Europe, jabs trigger intense political fight European Union jabs Divorce Europe Britain