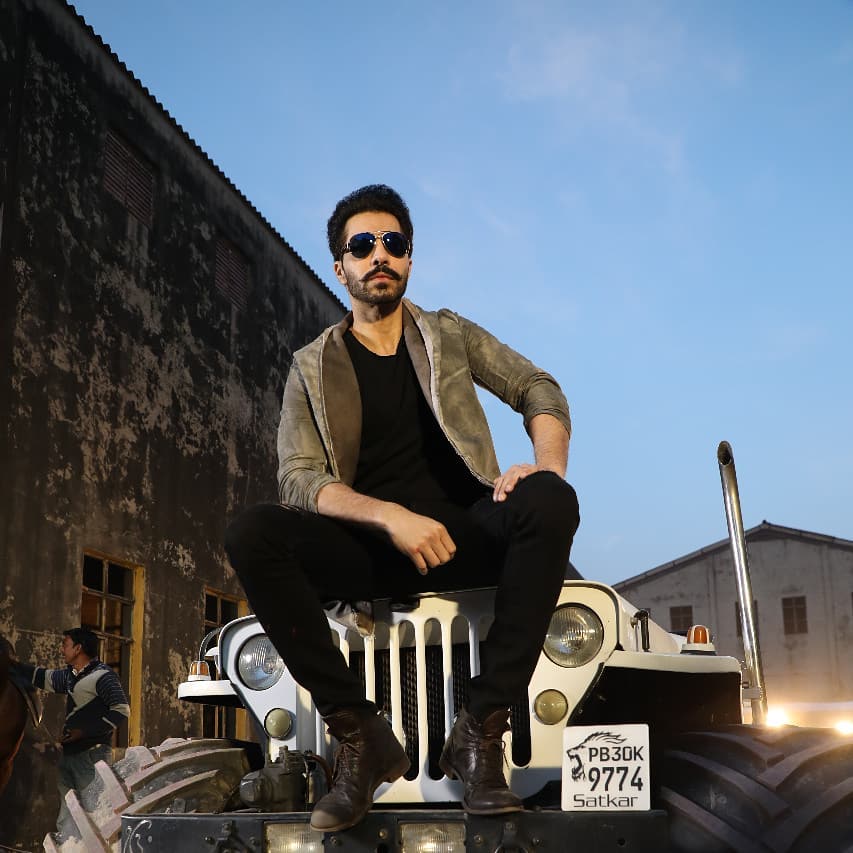 A film actor who found himself at the centre of the storming of Delhi’s iconic Red Fort on Tuesday has reportedly gone missing, as police seek to question him for his role in the Republic Day protests.

Deep Sidhu was pictured and filmed alongside a group of farmers who broke away from a peaceful tractor march and overran police barricades at the landmark, hoisting a Sikh religious flag on an empty flagpole.

The collective of farmers’ unions that has been organising a months-long protest outside Delhi condemned the violent scenes on Tuesday that led to the death of one protesters and injuries to dozens of police officers, saying those involved in the clashes did not represent the peaceful movement against new government reforms.

Sidhu himself was labelled a “traitor” and “infiltrator” by the unions, though in a video posted to his Facebook page the actor insisted he stood with the farmers in their plight.

Since releasing the video late on Tuesday night, the actor has not been seen in public or given any media interviews.

A report by the Times of India newspaper said Sidhu is hiding from the public glare, and that apart from the Facebook video he was last seen escaping on a motorbike from the Red Fort after unfurling the flag and as others attempted to confront him.

Delhi police have registered more than 25 cases in relation to Tuesday’s violence, with the complaints filed including top leaders of the farmers’ unions.

Sidhu’s name has also been mentioned in a police complaint, a senior police official told the NDTV news channel. A lookout notice has been issued against all those named in the complaints, including Sidhu.

The report said that the passports of those named would be seized by police to prevent them from flying abroad.

Delhi police commissioner S N Srivastava said no culprit involved in the violence will be spared, adding that some of the farmer leaders gave inflammatory speeches after which protesters broke the police barricades.

“Nineteen people have been arrested so far while more than 50 people have been detained. We are using the facial recognition system and taking the help of CCTV and video footage to identify the accused. Strict action will be taken against those identified,” the police chief said.

The Narendra Modi-led government also condemned the violence on a day when India celebrates the formation of its constitution, and when a military parade was taking place at the same time across the capital.

“It can’t be condemned enough,” minister Prakash Javadekar said on Thursday in the Modi cabinet’s first official reaction since the clashes. “Action should be against all of those who instigated others. India won’t tolerate the manner in which the tricolour (Indian national flag) was insulted at the Red Fort”.

Earlier in December, Sidhu was prohibited from addressing the crowd from the official stage of the farmers’ camp on the outskirts of Delhi, where 31 organisations representing farmers have been spearheading the protest against governments reforms that will open up the agricultural sector to market forces.

Sidhu’s involvement, and the violence on Tuesday in general, has opened up divisions within the farmers’ protest movement. Some have called him a government-supporting plant on the basis that he has previously been pictured with the prime minister, while others accused him of supporting the Sikh separatist “Khalistan” movement.

Sidhu has denied these claims, and hit back at the union leaders to suggest they were working for the agenda of left-wing opposition parties. But he apologised a day later for the statement.

The protesting farmers are demanding the repeal of all three farming reform laws, passed by the Indian parliament in September last year, which they fear will pave the way for their exploitation by multinational corporations and remove the security they have in the form of a guaranteed minimum price the government pays for their produce.

The Modi administration has attempted to explain away their concerns, insisting most farmers will benefit from greater privatisation of the sector. The government also offered to suspend the reforms for 18 months for consultations, but this was rejected by protest leaders.

0 0 0 0
Previous : Man in Malaysia jailed for 1,050 years for raping stepdaughter after case shocks nation
Next : The Globalists Prepare War on "Domestic Terrorism" – #NewWorldNextWeek