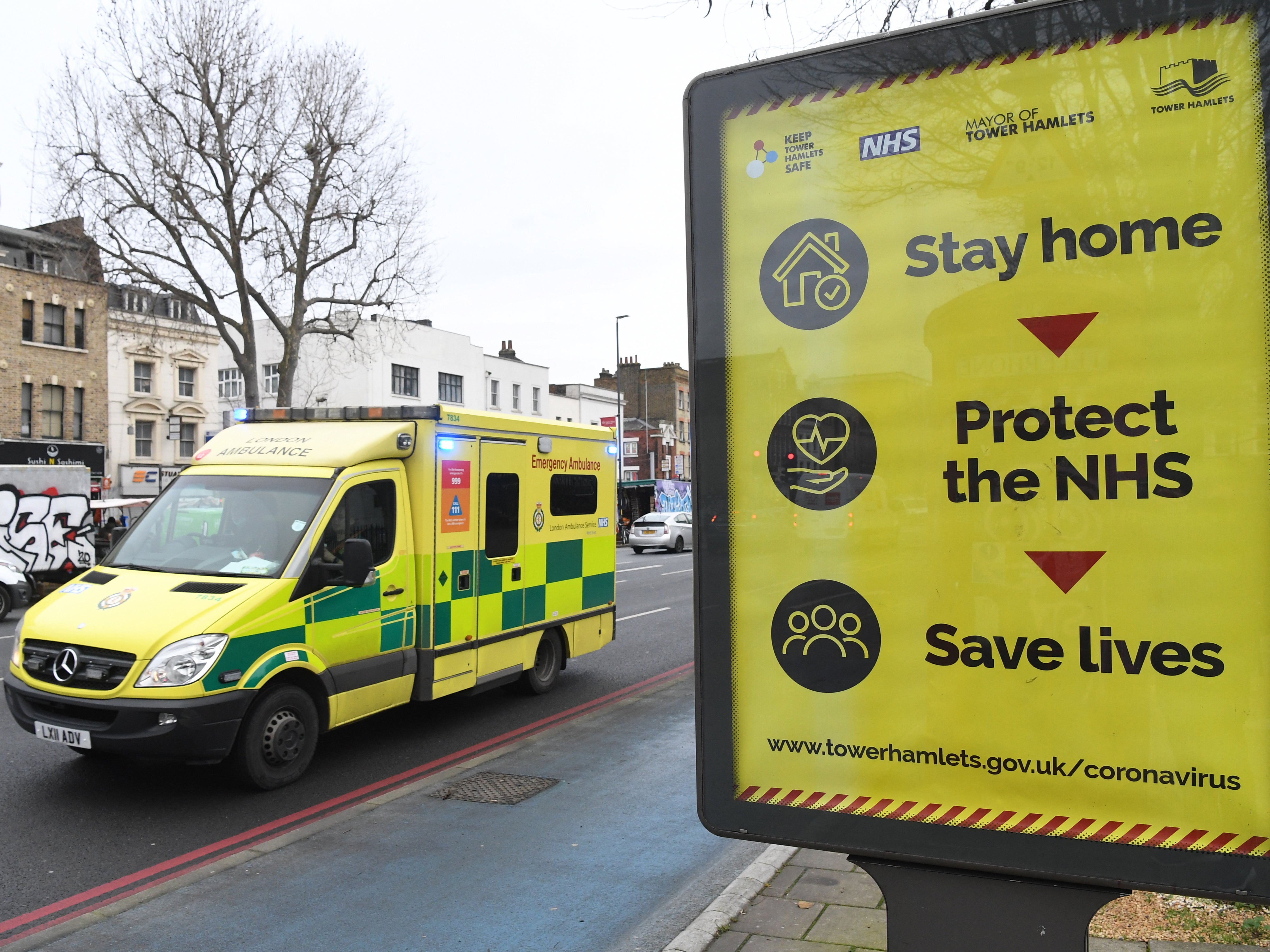 Covid news live: Latest updates as infections ‘at highest level since May’

Covid-19 vaccine: Who will get it, when and how?

The number of coronavirus infections in England is at the highest level recorded since May, a study has warned.

Imperial College London’s React study, which saw more than 167,600 volunteers tested in England between 6 and 22 January, showed that one in 64 people were infected with Covid-19.

With the vaccine rollout forging ahead across the country, former prime minister Tony Blair has urged Boris Johnson to use the G7 to push for a global coronavirus vaccine passport scheme, despite cabinet minister Michael Gove saying earlier this month there were no plans for such a product.

Mr Blair told the Telegraph on Thursday and the UK needed to take advantage of its presidency of the G7 to lead the drive for a global vaccination passport so that travel across borders can resume.

New Covid variants a ‘warning of what is coming’

Sir Jeremy Farrar warned that the new mutations of the coronavirus are a “warning of what is coming, which we must take incredibly seriously”.

He told the Today programme: “In the future I think we will see variants that escape from the vaccines. The thing to do at the moment is to vaccinate as many people as we can in the world to drive down the amount of transmission and prevent these new variants coming.

“That’s in our national interests, it’s in an equitable and ethical interest, and it’s in the world’s interests to do so.”

He said: “Travel restrictions have to be comprehensive, they have to be in place for a long time and in the end they buy you time, they won’t prevent new variants arising.”

However, he did not think that current travel restrictions should stay in place for the rest of the year as it “would be very damaging” from an economic and financial aspect.

Sir Jeremy Farrar, a member of the government’s Scientific Advisory Group for Emergencies (Sage), has warned that vaccine nationalist must be avoided.

Speaking to BBC Radio 4’s Today programme, he was asked if vaccine nationalist was now a reality.

He replied: “Yes, I’m afraid it is and it’s something that we absolutely have to negotiate, we have to avoid, and it doesn’t serve anybody to have these fights over vaccine supply.”

He said the only answer is to “drive down transmission, to keep it low and to make these vaccines available globally, otherwise we will see new variants coming up, new strains of this virus which will come back to all of our countries”.

Such new strains “at some point in the future” might escape vaccines, he added.

UK ‘just a few months away’ from vaccine rollout ‘changing all our lives for the better’, says Jonathan Van-Tam

England’s deputy chief medical officer has said that the UK is “maybe just a few months away” from the rollout of coronavirus vaccines “changing all of our lives for the better”.

Professor Jonathan Van-Tam told Channel 4 News on Wednesday that the country will need to “keep the faith and stick with it… for just a teeny bit longer”.

Read the full report by my colleague, Samuel Osborne:

Coronavirus infections at highest level since May – study

Covid-19 infections are at the highest level recorded in England since May, according to Imperial College London’s React study, which shows one in 64 people are infected with the virus.

The research saw more than 167,600 volunteers tested in England between 6 and 22 January, and showed that Covid-19 infections remained very high throughout this time.

It also showed that infections in England have flattened but are at the highest level recorded by researchers, with the indication of a decline in the last week of the survey.

Professor Paul Elliott, director of the programme, said: “The number of people infected with the virus is at the highest level that we’ve recorded since we began testing last May.

“We’re not seeing the sharp drop in infections that happened under the first lockdown and if infections aren’t brought down significantly, hospitals won’t be able to cope with the number of people that need critical care.

“We all need to stay at home wherever possible and help bring the virus under control and protect our already over-stretched health system.”

Prof Elliott added: “I think the suggestion now that there is a decline happening, particularly in some regions may reflect now that the restrictions through lockdown are beginning to have some effect on the prevalence.”

He said that even though there is a suggestion of “a downtick”, it is by no means as fast as happened in the first lockdown.

“When we were first in the field in May, there was a rapid decline in prevalence,” he said.

Former prime minister Tony Blair has urged Boris Johnson to use the G7 to push for a global coronavirus vaccine passport scheme, despite cabinet minister Michael Gove saying earlier this month there were no plans for such a product.

Mr Blair told the Telegraph on Thursday and the UK needed to take advantage of its presidency of the G7 to lead the drive for a global vaccination passport so that travel across borders can resume.

He said there were two significant risks if the prime minister could not convince his fellow leaders to back such a scheme.

“One if that everyone just does their own thing, which is much more chaotic and difficult to manage. Or secondly, there’s a set of rules in place that you may not be that happy with,” he said.

It comes after Zurab Pololikashvili, secretary-general of the UN World Tourism Organisation, last week told the Global Tourism Crisis Committee in Madrid that vaccinations should be part of a “wider, coordinated approach that includes certificates and passes for safe cross-border travel”.

Mr Blair spoke to the newspaper ahead of a new report by the Tony Blair Institute, which agues the the government’s more restrictive travel rules could be eventually more easily repealed if a universal vaccine scheme were in place.

He said: “It’s better to have common rules and a common verification system, so that people know what your disease status is and know it with some validation.”

Good morning, and welcome to The Independent’s liveblog following the latest developments in the ongoing coronavirus pandemic.