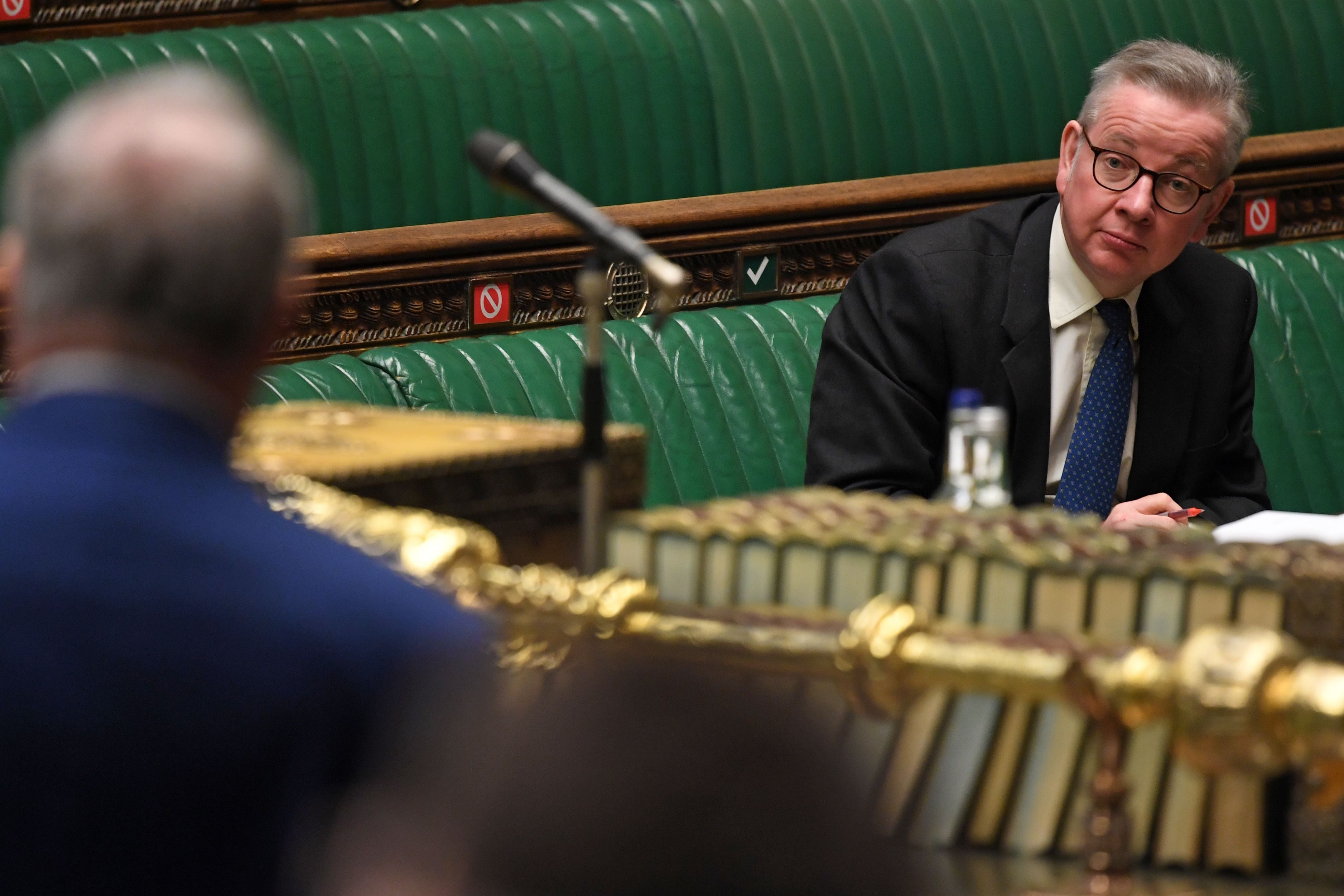 ‘Completely out of order’: Gove tells Tory MP to apologise after accusations of spreading ‘dangerous information’ over Covid

In a video clip obtained by Sky News, Sir Desmond Swayne is reported to have commented on the threat of Covid-19, by saying during an interview with anti-lockdown group in November: “It seems to be a manageable risk, particularly as figures have been manipulated”.

“We’re told there is a deathly, deadly pandemic proceeding at the moment. That is difficult to reconcile with ICUs [intensive care units] actually operating at typical occupation levels for the time of year and us bouncing round at the typical level of deaths for the time of year.”

However, data from the Office for National Statistics showed deaths were 14 per cent above the five-year average at the time of his comments.

On Tuesday, the government’s official data also showed the number of deaths of people who had died within 28 days of a positive Covid test passed the grim milestone of 100,000. More than 37,000 people are also being treated in hospital.

Mr Gove refused to be drawn on whether the party would remove the whip from Sir Desmond, but stressed: “I would hope that he issues a full and complete retraction and apology for what he said — it’s unacceptable”.

“Sir Desmond is wrong. I work with Sir Desmond, I have great affection for him but I’m afraid here is completely out of order.”

A spokesperson for the Conservative Whips’ Office said they “completely condemn these comments” and The Independent understands the MP will be asked by the party’s chief whip to attend a meeting with scientific advisers.

Labour has also called for the party to take action over the comments made by Sir Desmond — a frequent critic of the government’s Covid restrictions — during an interview with anti-lockdown group Save Our Rights UK in November.

In a letter to the Conservative Party, Labour’s deputy leader Angela Rayner described the MP’s reported comments as “extremely concerning” and warned they could undermine the UK’s fight against the pandemic.

Ms Rayner accused  Sir Desmond of spreading “dangerous misinformation” about Covid-19. “During this interview, the MP for New Forest West endorsed conspiracy theories about the veracity of the disease,” Ms Rayner said in her letter to Conservative chair Amanda Milling.

“He also suggested the official figures have been manipulated – a deeply dangerous claim for which there is absolutely no evidence.”

She added: “Following Desmond Swayne’s shocking refusal to apologise for his behaviour, I urge you to make clear what action you will take. It is the duty of all of us to support the national effort to vaccinate Britain.”

The Conservative MP told Sky News that he was entitled to make his point of view on any platform adding: “It does not in any way mean that I accept points of view that they hold.”

Posting on his Twitter account, he went on: “Sky is wrong. Aside from my question to the PM this afternoon, an examination of my blogs will reveal that I am a most enthusiastic vaccinator”.