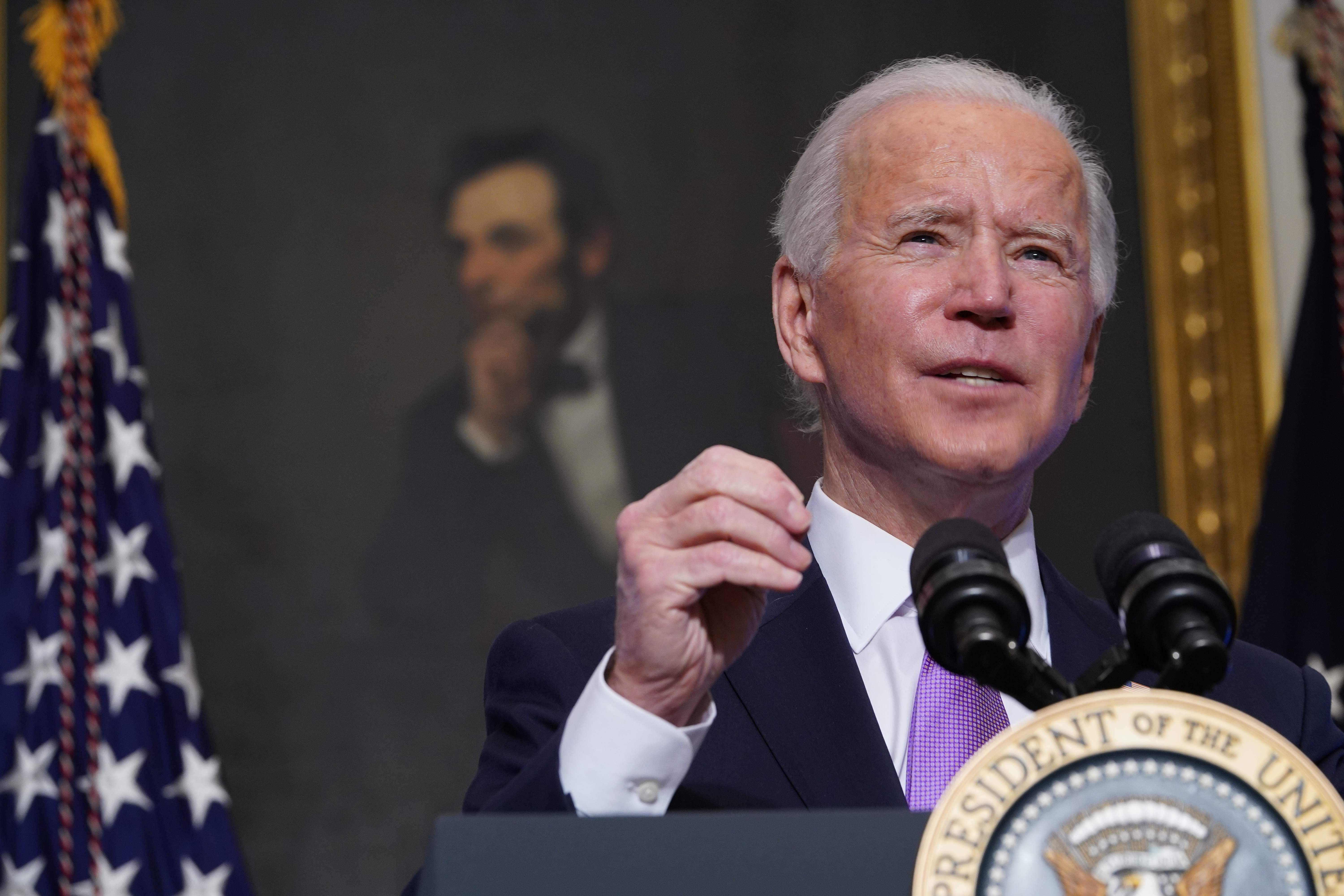 Joe Biden paused along the parade route just before entering the White House on inauguration day to answer a question from a journalist about how he felt: “It feels like I’m going home.”

With just one full week in the Oval Office under his belt, the new president did not hesitate making the place his own, rolling out at least 100 noteworthy executive actions, policy proposals and memorandums designed to shape the White House agenda over the next four years.

Not to mention that the West Wing was given a facelift before Mr Biden even arrived to sign his first suite of 17 executive orders, with redesigned interior decorations including new drapes and artwork.

Mr Biden’s initiatives were plentiful in both quantity and variety, from a sweeping coronavirus plan and a set of executive orders expanding testing, distribution of vaccines to rooting out inequities in the US healthcare system.

Plus the authorisation of the Defence Production Act, the overturning of his predecessor’s Muslim ban — which has symbolic significance as well as a notable impact on current travel restrictions and a host of other immigration measures.

But some critics said the new president was exceeding the power of his office, including Texas attorney general Ken Paxton, who previously filed a controversial lawsuit against battleground states which Mr Biden won against former president Donald Trump.

The suit was later tossed out by the Supreme Court, and conspiracy theories promoted by the former president of a rigged election were repeatedly debunked and proven false by his own federal agencies, as well as the national court system.

Mr Paxton filed a lawsuit against the new administration over a temporary deportation pause Mr Biden enacted through an executive order, temporarily blocking the 100-day moratorium and writing in a tweet: “This was a seditious left-wing insurrection. And my team and I stopped it.”

He added: “While Paxton spends all his resources on pleasing his donors, millions of families in Texas and across the country continue to live in fear as they struggle to survive in this ongoing crisis.”

Kerri Talbot, deputy director of the immigrants’ rights group Immigration Hub, said in a statement to The Independent that Mr Biden was “well within his rights to review the immigration enforcement system, pause Trump’s harmful policies and create a fair and functional immigration system”.

“The deportation pause is an important opportunity to review and reset immigration priorities to align with our values,” her statement continued. “The American people want to turn the page on the Trump administration’s xenophobia and voters overwhelmingly agree with Biden’s immigration actions announced last week, including the pause on deportations.”

But the new administration also had some historic accomplishments that were celebrated across the country, including Mr Biden’s executive order repealing a ban on transgender military service.

The LGBTQ+ nonprofit organisation Lambda Legal heralded the move as a “significant and hopeful moment” for the country.

In a statement sent to The Independent, staff sergeant Cathrine Schmid said: “Over the last three years, we’ve fought to prove that transgender people are not a burden, a hindrance, or a distraction — we are an equal and contributing part of this society just as much as any other group, and this development vindicates that basic principle.”

Ms Smith continued: “This harmful and backwards policy will now be put where it belongs: in a very short, shameful chapter of US military history.”

Mr Biden also introduced a robust set of climate change policies and executive orders, including rejoining the Paris climate accord, one of the president’s longtime campaign promises.

He also began swearing in the most diverse Cabinet in American history, with newly-confirmed members including treasury secretary Janet Yellen, the first woman to hold the job, and Lloyd Austin, the nation’s first black defence secretary.

Even first lady Dr Jill Biden was making her presence known on the national stage, surprising National Guard troops to thank them for their service, rolling out her own initiatives and tapping former US Ambassador to Uruguay Julissa Reynoso Pantaleon to serve as her chief of staff.