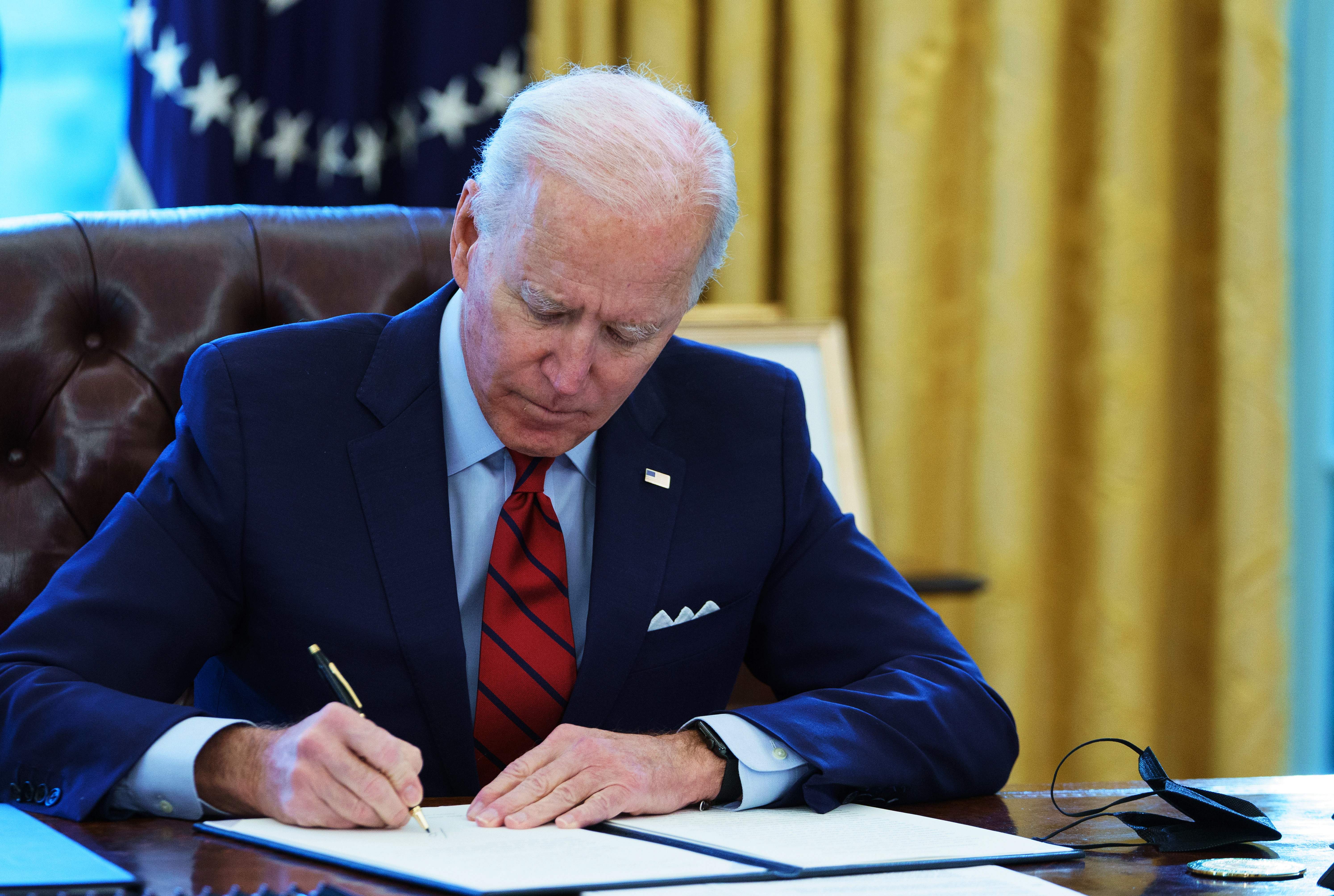 Jen Psaki told reporters that the president was committed to taking quick steps to “address the pain and suffering” that was being felt across the country.

She was responding to a question about why Mr Biden had signed so many executive orders during his first days in the White House rather than work with Congress.

Ms Psaki insisted that Mr Biden had put forward a “large and bold” $1.9 trillion Covid relief package and had called mayors and governors around the country to govern “for all the American people.”

“He also ran with a commitment to take steps immediately to address the pain and suffering the American people were feeling and that includes overturning some of the detrimental, harmful and at times immoral policies of the prior administration,” she said.

“He is the first to tell you that he will not take executive action alone and that is why he has put forward a number of packages that he is actively working with members of both parties to move forward on.”

“His view is that the policies in his Covid relief package are not policies that are Democratic or Republican.

But she said that at the same time Mr Biden was not going to “delay action that would help bring relief to the public.”

“There are a lot of steps he has taken over the past couple of weeks and he is not going to delay actions that require immediate action where he can bring that relief immediately but he is going to work with Congress.”

Later Ms Psaki was asked if the president was moving quickly with executive orders because of his slim majorities in Congress.

“That is why he has had himself a number of engagements and calls with members of Congress, Democrats and Republicans.”

She was also asked about Mr Biden’s previous comments on the use of executive orders and whether Mr Biden saw himself as a “benelovent dictator.”

Ms Psaki said that the president had already stated that he did not view executive orders as the way to handle all areas of policy.

“There are steps including overturning some of the harmful, detrimental and yes, immoral, actions of the prior administration that he felt he could not wait to overturn,” she added.

“That is exactly what he did.

“Any historian will tell you he walked into the presidency at one of the most difficult moments in history and that required additional executive action in order to get immediate relief to the American people.

“But he believes that in order to make action and policy permanent you have to work with Congress.

“He is going to use the levers that every president in history has used, executive actions but he is also feels that is important to work with Congress, and not just one party but both parties, to get things done.”