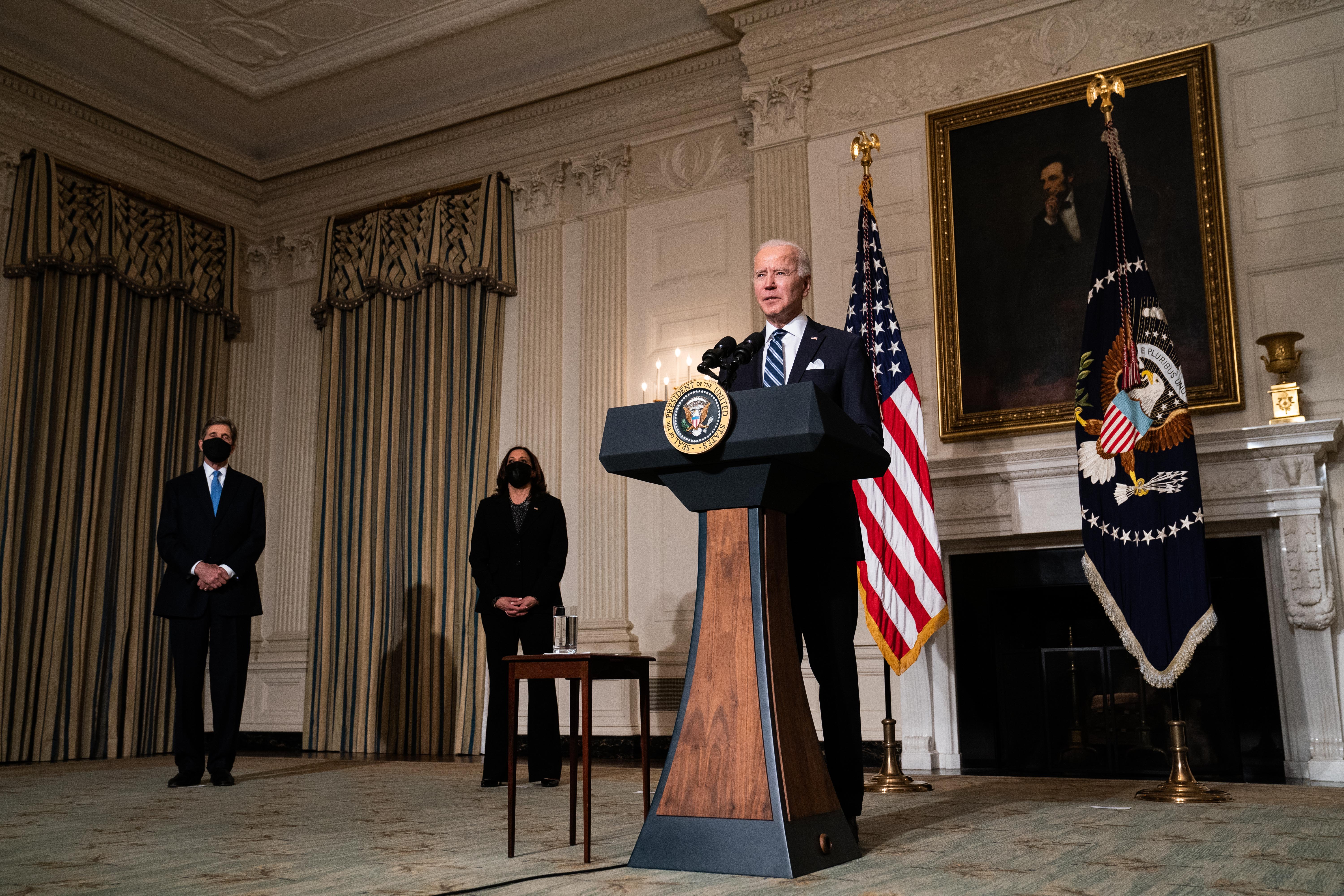 The Interior Department will freeze such leases for the next 60 days.

“Let me be clear, and I know this always comes up: We’re not going to ban fracking.  We’ll protect jobs and grow jobs, including through stronger standards, like controls from methane leaks and union workers in — willing to install the changes,” President Biden said on Wednesday.

Fracking is a highly controversial process of blasting a mixture of sand, water and chemicals into shale rock to release the oil or gas inside. The practice has been linked to earth tremors and water pollution. Climate scientists have shown that fracking for natural gas, as it is currently done, is harmful for surrounding ecosystems and releases carbon into the air, contributing to global warming.

Fracking had emerged as a key issue in the swing state of Pennsylvania, where the industry accounted for roughly 26,000 jobs. In fact, during the 2020 presidential campaign, former president Donald Trump repeatedly claimed that the Biden administration would the ban the oil and gas harvesting practice.

However, Biden had made his position clear early on in his campaign. “I’m not banning fracking in Pennsylvania or anywhere else. I’m going to protect Pennsylvanian jobs, period,” he had said.

But his stance was opposed by New York congresswoman, Alexandria Ocasio-Cortez, who had said in October, 2020, that “it will be a privilege to lobby him” on the issue of fracking.

The progressive Democrat from New York took to Twitter after the then vice-presidential nominee Kamala Harris argued that a Biden administration would concentrate on creating new jobs around “clean energy and renewable energy,” whilst stopping at a ban on fracking.

“Fracking is bad, actually,” she had written.

The recent development is also not very well-received by the oil-industry. “We will do everything we can to fight this executive order,” Mike Sommers, the CEO of the American Petroleum Institute, told CNN Business. “We will pursue every action at our disposal to push back, including legal options, if appropriate.”

0 0 0 0
Previous : Trump’s ‘radioactive’ properties in New York are plummeting in value, report claims
Next : Initiative launched to clap for freedom