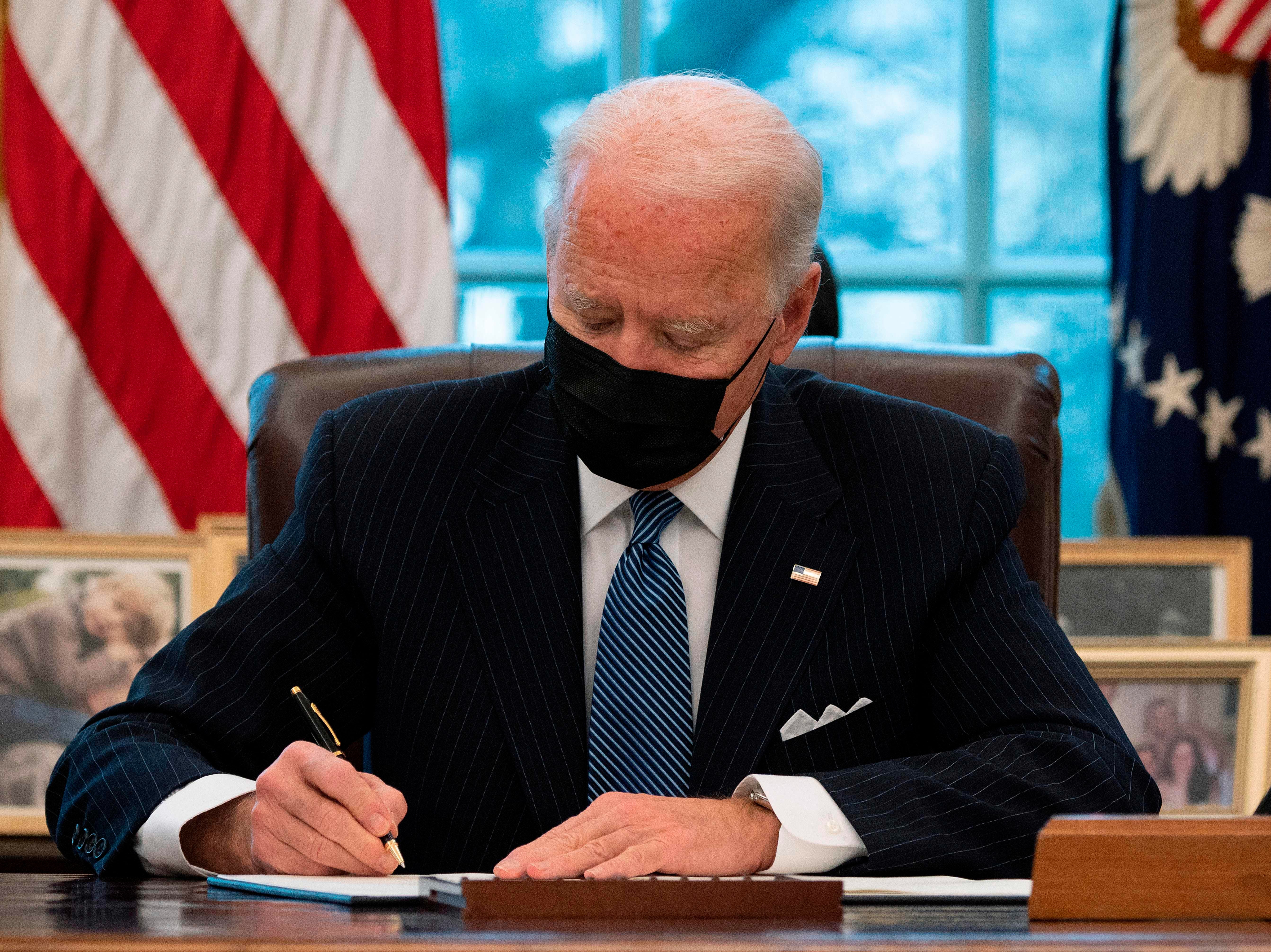 Healthcare was President Joe Biden’s latest focus in his series of executive orders, as he signed two on Thursday that will aim to expand the Affordable Care Act and address reproductive health amid the coronavirus pandemic.

When signing the orders, Mr Biden told reporters this move would “undo the damage Trump has done”.

The president’s executive actions order the Department of Health and Human Services (HHS) to open a special enrollment period from 15 February to 15 May, which will give Americans who lost their employer’s health insurance during the pandemic an opportunity to enroll.

“These actions demonstrate a strong commitment by the Biden-Harris Administration to protect and build on the Affordable Care Act, meet the healthcare needs created by the pandemic, reduce healthcare costs, protect access to reproductive healthcare, and make our healthcare system easier to navigate and more equitable,” the Biden administration said in a news release.

Former President Donald Trump ignored calls to extend the enrollment period for the ACA as more Americans lost their jobs in 2020. His administration instead worked to repeal and replace the ACA, a health reform programme first created by Barack Obama when his administration was in office. The programme is commonly known as “Obamacare”.

The Trump administration and Republicans never gained enough support to repeal the programme, which serves about 23 million Americans across the country.

Mr Biden ran on the promise to expand and improve the ACA if he were elected president.

“For President Biden, this is personal,” a news release read. “As we continue to battle Covid-19, it is even more critical that Americans have meaningful access to affordable care,” the news release said.

The executive orders mean nearly nine million Americans could now access health insurance, according to Kaiser Family Foundation, and comes at a time when more than 107,000 people are currently hospitalised with Covid-19. The novel virus has killed more than 4259,000 Americans since the start of the pandemic.

Besides opening up the enrollment period, the executive action will direct federal agencies to reexamine policies that undermine the ACA, such as making it more difficult for Americans to enrol in Medicaid or for people to find coverage if they have pre-existing conditions.

Mr Biden also addressed the issue of reproductive health on Thursday by using his second executive order to rescind the Mexico City Policy, also known as the “global gag rule”. This policy, which was reinstated and expanded under the Trump administration, “bars international non-profits that provide abortion counselling or referrals from receiving US funding”.

“The memorandum reflects the policy of the Biden-Harris Administration to support women’s and girls’ sexual and reproductive health and rights in the United States, as well as globally,” the press release stated.

Under the memorandum, the HHS would be directed to take immediate action to “consider whether to rescind regulations under its Title X family planning programme”.