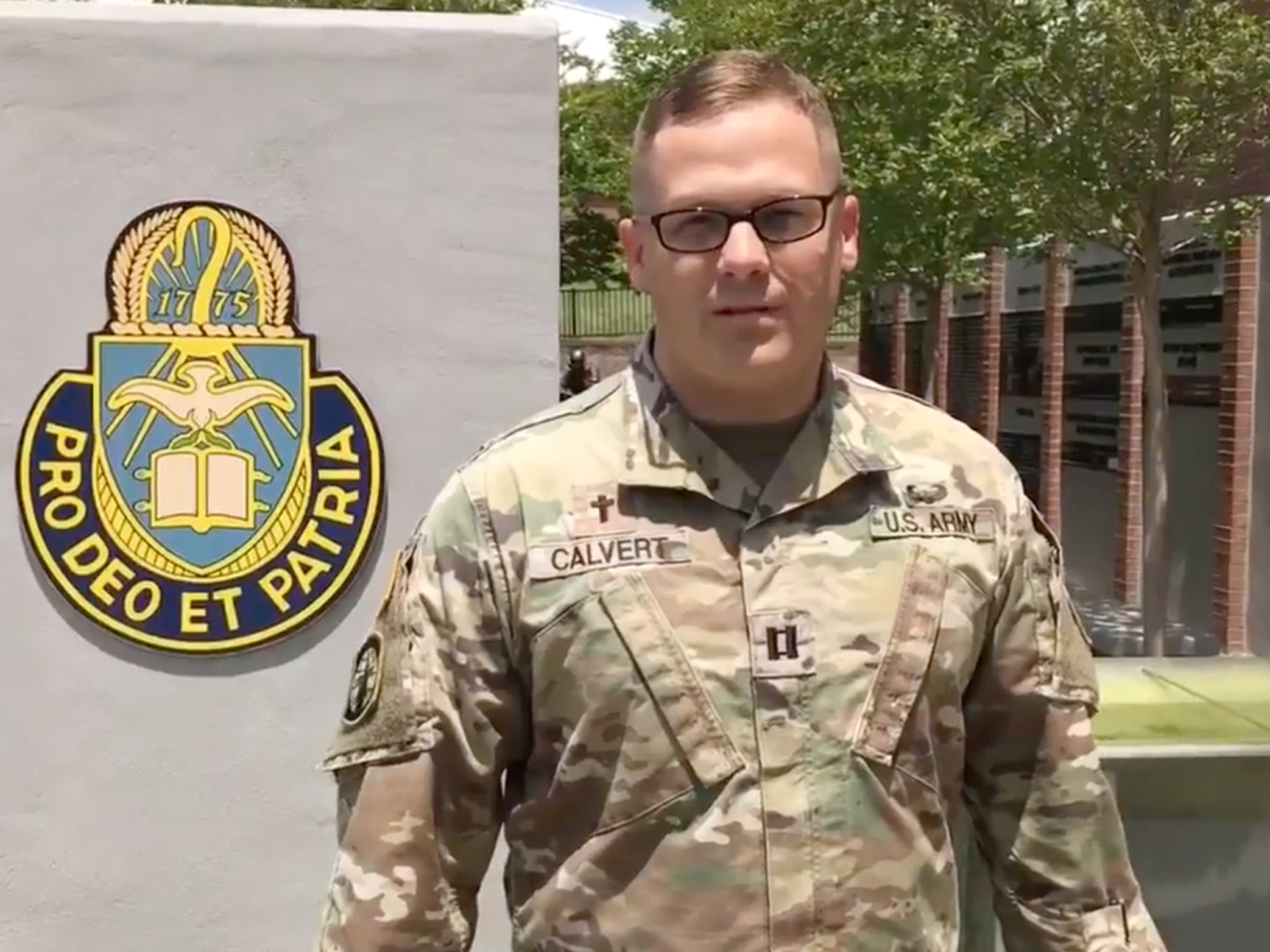 An Army chaplain is being investigated for suggesting that transgender soldiers are “mentally unfit” and “unqualified to serve”.

Major Andrew Calvert made the comments on the Army Times Facebook page on Monday, in reaction to new Defence Secretary Lloyd Austin’s support for lifting the transgender military ban, according to Advocate.

Later in the day, President Joe Biden signed an executive order reversing the directive that was imposed by former President Donald Trump in 2019.

In his comments, Mr Calvert, who is a chaplain with the 3rd Security Force Assistance Brigade in Fort Hood, Texas, called the decision “a waste of military resources and funding!”

“How is rejecting reality (biology) not evidence that a person is mentally unfit (ill), and thus making that person unqualified to serve?

“There is little difference in this than over those who believe and argue for a ‘flat earth,’ despite the overwhelming evidence to the contrary,” Mr Calvert wrote on the newspaper’s Facebook page.

“The motivation is different, but the argument is the same. This person is a MedBoard for Mental Wellness waiting to happen,” the chaplain added.

After he was criticised by several users on social media, Mr Calvert defended his remarks, writing that they were “not extreme in the slightest” and “the very definition of conservative”.

He then continued his offensive tirade, describing being transgender as a “delusion” and claiming that people who affirm their identity are catering “to make-believe social whims of the moment”.

As his comments spread on social media, Army major Jefferson T Grimes, a spokesman for the chaplain’s brigade, told the Military Times in an emailed statement: “We are aware of Maj Calvert’s social media post on the Army Times Facebook page.

“The matter is currently under investigation. We support the commander in chief, secretary of defence and all policies and directives.”

Major Grimes added: “We direct our soldiers to ‘Think, Type, Post’ when engaging in conversations on social media platforms and to follow DoD (Department of Defence) policies and regulations.

“When our online conduct does not follow these rules and regulations, we investigate and hold individuals accountable if they are found to be in violation.”

In response to Mr Calvert’s comments, Kristin Beck, a former Navy SEAL who came out as transgender after leaving the military, said that chaplains should be on the side of their soldiers.

“Chaplains should support all troops and their belief systems,” Ms Beck told the Army Times on Monday. “And if they don’t, they are constitutionally in conflict,” she added.

President Biden’s executive order “immediately prohibits involuntary separations, discharges, and denials of reenlistment or continuation of service” on the basis of gender identity.

The order also directed an immediate correction of military records that had been affected by Mr Trump’s ban on transgender people openly serving in the US military.