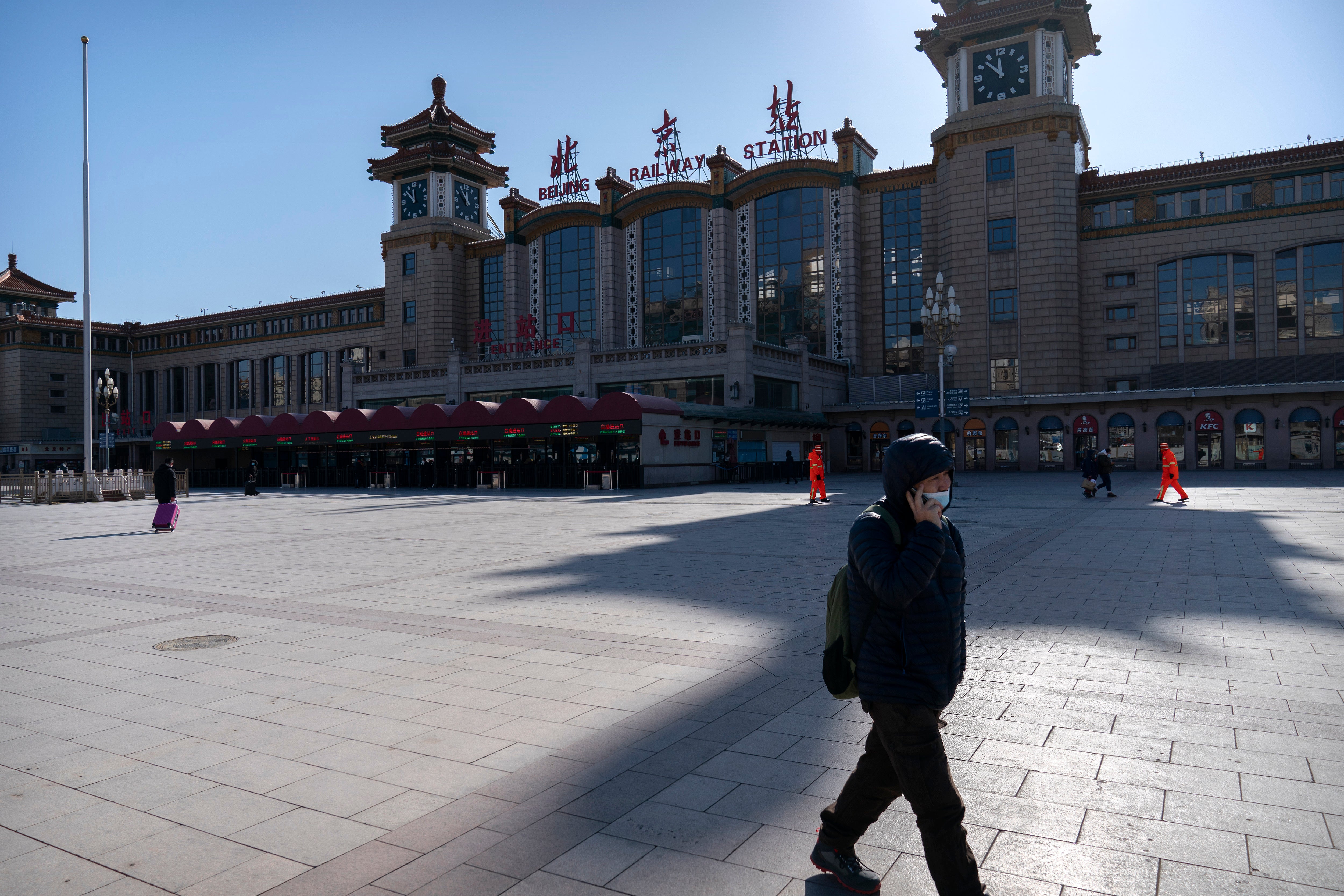 BIDEN-ECONOMY — President Joe Biden’s $1.9 trillion COVID-19 relief package presents a first political test — of his new administration, of Democratic control of Congress and of the role of Republicans in a post-Trump political landscape. The immediate challenge is whether Biden will be able to muscle the package through Congress with bipartisan support or leave it to a party-line vote. By Lisa Mascaro. SENT: 970 words, photos

VIRUS OUTBREAK-CHINA-WHO MISSION — A World Health Organization team has emerged from quarantine in the Chinese city of Wuhan to start field work in a fact-finding mission on the origins of the virus that caused the COVID-19 pandemic. By Emily Wang Fujiyama. SENT: 530 words, photos. With VIRUS-OUTBREAK-THE-LATEST.

VIRUS-OUTBREAK-VACCINES-MINORITIES — The role that race should play in deciding who gets priority for the COVID-19 vaccine in the next phase of the rollout is being put to the test in Oregon as tensions around equity and access to the shots emerge nationwide. By Gillian Flaccus. SENT: 890 words, photos.

REPUBLICANS-TAYLOR GREENE — Republicans have a Marjorie Taylor Greene problem. Again. Before she joined Congress this month, Greene supported Facebook posts that advocated violence against leading Democrats and the FBI. While some Republicans condemned the activity, it was hardly a surprise. By Will Weissert and Brian Slodysko. SENT: 950 words, photo.

ISRAEL-POLITICS-ULTRA-ORTHODOX — As he seeks reelection, Prime Minister Benjamin Netanyahu has turned to a straightforward strategy: Count on the rock-solid support of his ultra-Orthodox political allies and stamp out the coronavirus pandemic with one of the world’s most aggressive vaccination campaigns. By Josef Federman. SENT: 1,100 words, photos.

VIRUS OUTBREAK-HOW VACCINES ARE MADE — With demand for COVID-19 vaccines outpacing the world’s supplies, a frustrated public and policymakers want to know: How can we get a lot more, fast? By Medical Writer Lauran Neergaard. SENT: 1,150 words, photos.

VIRUS OUTBREAK-VIRAL QUESTIONS-VARIANTS — Many variants of the coronavirus are circulating around the world, but scientists are primarily concerned about three. SENT: 370 words, graphic.

VIRUS-OUTBREAK-ASIA — Efforts to dissuade Chinese from traveling for Lunar New Year appeared to be working as Beijing’s main train station was largely quiet and estimates of passenger totals were smaller than in past years. SENT: 900 words, photos.

VIRUS-OUTBREAK-SRI-LANKA — Sri Lanka’s president welcomes the first 500,000 doses of a COVID-19 vaccine from India, which has donated the shots to eight countries in the region. SENT: 290 words, photo.

REPUBLICANS-WYOMING — A nationwide fight for the GOP’s future is getting fierce in Wyoming. House Republicans are expected to vote in the coming days on whether to oust congresswoman Liz Cheney from their third-ranking leadership post over her vote to impeach Trump. SENT: 1,080 words, photo.

BIDEN-SPACE FORCE — While Biden has quickly undone many initiatives by Donald Trump, Space Force seems likely to survive, even if the new administration pushes it lower on the list of defense priorities. By National Security Writer Robert Burns. SENT: 940 words, photo.

BIDEN-CLIMATE — In the most ambitious U.S. effort to stave off the worst of climate change, Biden signs executive orders to transform the nation’s heavily fossil-fuel powered economy into a clean-burning one, pausing oil and gas leasing on federal land and targeting subsidies for those industries. SENT: 1,150 words, photos, video.

CONGRESS-LEAHY — Vermont Democratic Sen. Patrick Leahy, 80, is stepping into what will be one of his most visible and physically grueling roles, presiding over Trump’s second Senate impeachment trial. SENT: 930 words, photos.

GLOBAL-CORRUPTION — Countries with the least corruption have been best positioned to weather the health and economic challenges of the coronavirus pandemic, according to a closely watched annual study released by an anti-graft organization. SENT: 600 words, photos.

HUNGARY-KOSHER-SLAUGHTERHOUSE — A kosher slaughterhouse in southern Hungary has increased its exports to Belgium since the European Union’s highest court upheld a Flanders region law that prohibited slaughtering animals without first stunning them into unconsciousness. SENT: 930 words, photos.

JEFFREY-EPSTEIN-ASSOCIATE — A British socialite criminally charged with aiding Jeffrey Epstein in his sexual abuse of teenage girls testified in 2016 that she had no memory of anything amiss on his properties in the 2000s despite the accusations from dozens of women and girls that they were sexually abused by Epstein. SENT: 570 words. UPCOMING: photo.

APPLE-PRIVACY-SAFEGUARD — Apple says it will roll out a new privacy control in the spring to prevent iPhone apps from secretly shadowing people. By Technology Writer Michael Liedtke. SENT: 460 words, photo.

OBIT-CLORIS-LEACHMAN — Cloris Leachman, an Oscar-winner for her portrayal of a lonely housewife in “The Last Picture Show” and a comedic delight as the fearsome Frau Blücher in “Young Frankenstein” and self-absorbed neighbor Phyllis on “The Mary Tyler Moore Show,” has died. She was 94. By Television Writer Lynn Elber. SENT: 1,100 words, photos. With OBIT-CLORIS-LEACHMAN-REACTIONS.

FILM-SUNDANCE-PANDEMIC — The pandemic has transformed the annual Sundance Film Festival into a largely virtual event, but it has also reshaped many of the films that will unspool there. By Film Writer Jake Coyle. SENT: 1,160 words, photos.

AUSTRALIAN-OPEN-LET-THE-TENNIS-BEGIN — With a coronavirus-enforced quarantine coming to an end, the world’s elite tennis players will go from two of the quietest weeks of their lives in Australia to three of the busiest. By Sports Writer Dennis Passa. SENT: 720 words, photos.