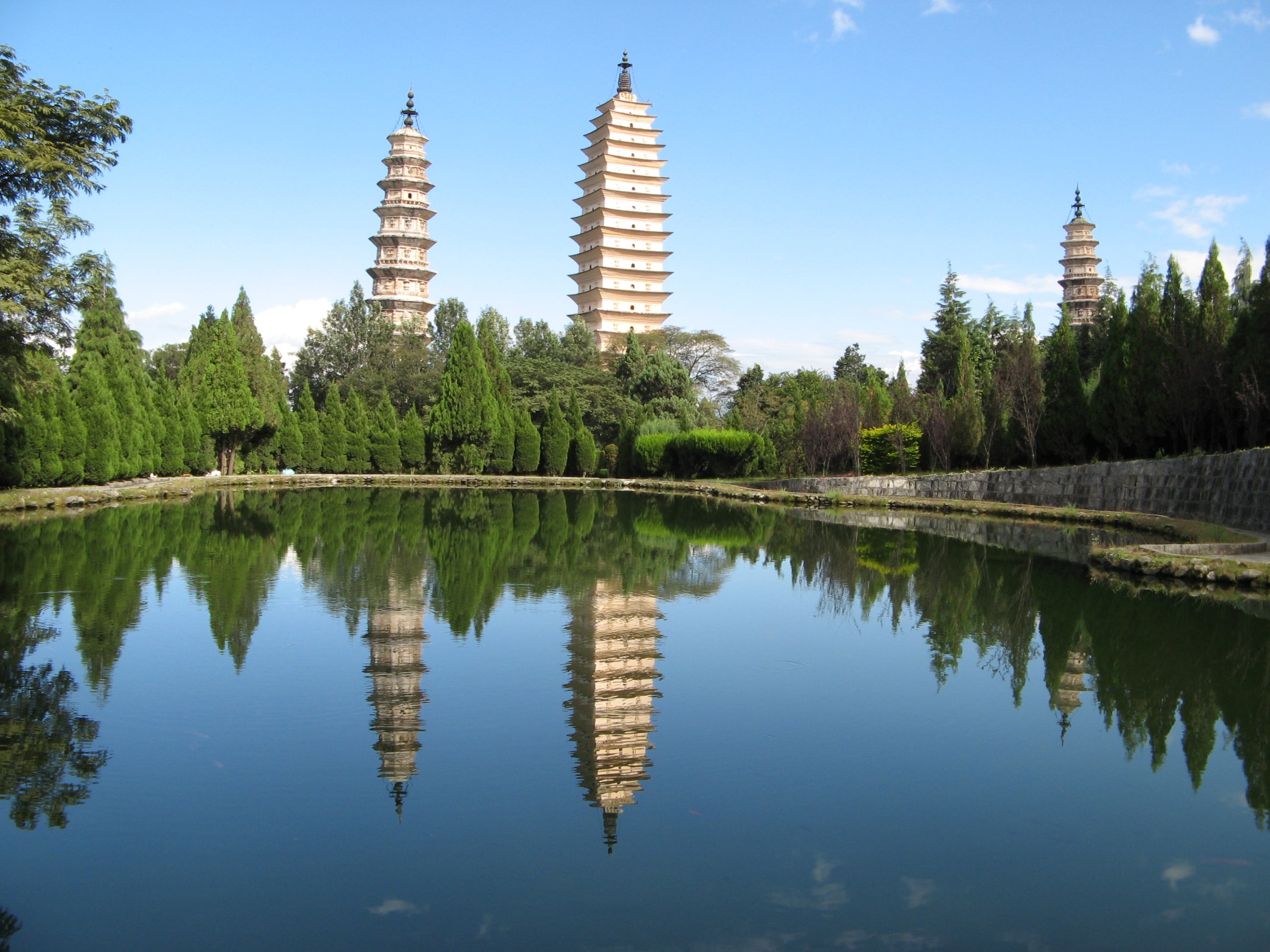 rchaeologists are unearthing the secrets of a long-lost medieval empire.

A major new discovery in South West China is, for the first time, revealing the extraordinary grandeur of a vanished kingdom, whose armies conquered huge swathes of southeast Asia.

Chinese archaeologists, excavating in the ruins of the empire’s capital, have discovered one of the largest medieval Buddhist monasteries ever found anywhere in the world. Artefacts unearthed in the excavation suggest that it was used as a sacred last resting place for some of the empire’s rulers.

Located in the capital of a medieval imperial state, known as the Nanzhao Empire, it was a vast complex consisting of at least 14 buildings, almost certainly constructed by the ruling dynasty.

Evidence unearthed at the site, near the town of Dali in China’s Yunnan Province, suggests that the monastery was probably built in the mid-to-late ninth century – shortly after the empire’s peak.

This long-forgotten highly militarised imperial state was important in world history because it conquered large areas of what are today. Vietnam, Myanmar (Burma), Laos, and Thailand (as well, as parts of the Chinese provinces of Guizhou and Sichuan).

But it is also important because, for several centuries, it held the balance of power between early medieval East Asia’s two greatest empires – China and Tibet.

In that role, it developed substantial military muscle – and was involved in some of the world’s largest battles.

The hundreds of medieval Buddhist monks, who would have lived in the newly discovered monastery, would have played a major support role in the empire’s military ventures.

Indeed, the empire’s birth (back in the mid 7th century) had coincided with a huge arms race and increase in militarisation in Asia. Within just a few decades, major East Asian states were more than doubling the size of their armies (so that by the peak of the Nanzhao Empire, its largest neighbour, China’s army was about 600,000 strong. Nanzhao itself is thought to have had an army of around 100,000 – including an elite force of special barefoot warriors.

Medieval Asian armies tended to be literally three or four times the size of their European equivalents.

Although the Nanzhao Empire succeeded in conquering an area roughly ten times the size of England, the new archaeological discovery is the first major large complex of Nanzhao buildings ever discovered.

Archaeologists from the Yunnan Institute of Cultural Relics and Archaeology have so far unearthed 40 tonnes of roof tiles and thousands of other artefacts from at least 14 monastic buildings.

The monastery was politically and ideologically important not just because it housed the ashes of some of Nanzhao’s emperors, but also because it appears to have housed the sacred relics of an important Buddhist saint.

That aspect of its very high status has been revealed through the discovery of a tile bearing an inscription stating that a Buddhist relic associated with the imperial  household (perhaps a spiritually revered abbot of royal origin) had been enshrined there.

The sheer scale and importance of the monastery is further underlined by the discovery that it operated its own tile and brick kilns and by evidence that it also manufactured pottery and engaged in metalworking.

The archaeologists have also discovered evidence, in the monastery, of the funerary urns that probably held the cremated remains of some of the Nanzhao emperors.

Other inscriptions, found by the archaeologists, suggest that all or part of the monastery was built towards the end of the ninth century by a devout Buddhist ruler of  Nanzhao – a man called Maharaja Meng Longshun (literally ‘Great King Magnificent and Wise Legacy’). As ruler of an empire, he also had a string of other titles including Lord of Burma, Bearer of the Buddha’s Victory Banner and Unifier of the Four Directions.

By a remarkable coincidence, his image has survived in an 1100 year old medieval  illustrated manuscript (now in a Museum in Japan).

He is depicted as a half naked figure in communion with a statue of a Buddhist deity representing compassion.

It is possible that the statue depicted in the manuscript once stood at the heart of the great monastery, which the archaeologists have now been revealing to the world.

The empire’s particular version of Buddhism was ideologically very complex. The imperial capital, where the monastery was located, was called Taihe (pronounced Tie-Her – meaning ‘Great Peace’ and ‘Great Mountain’) – and compassion (represented by the statue) was considered one of the state’s supreme virtues.

But, at the same time, the Indian-originating Tantric style of Buddhism, that the Nanzhao Empire practised, involved the use of special rituals to help weaken their enemies and help magically empower their own troops.

The recently discovered monastery would almost certainly have therefore played a crucial role in terms of magical spiritual support for the empire’s military actions.

In a sense, the ideological complexity of the simultaneous promotion of peace and war was very similar to that of European Christian clerics during the Crusades.

The long-forgotten yet immensely powerful Nanzhao kingdom and empire, located at the foot of the Himalayas, occupied an area of great strategic importance. Sandwiched between two vastly larger empires (namely Tibet and China), it also controlled China’s trade with India – and effectively prevented Chinese access to Burma and Thailand.

“This new discovery has produced more archaeological information about the Nanzhao Empire than we have ever had before,” said one of the world’s top experts on that long-vanished kingdom, Professor Megan Bryson of the University of Tennessee.

“The excavation is giving the world new insights into this little known yet historically significant medieval empire’s culture, religion, rituals, architecture and craftsmanship,” she said.

0 0 0 0
Previous : Nancy Pelosi calls on GOP to act on Marjorie Taylor Greene for ‘mocking’ killing of children
Next : Pro-European Tories to press Boris Johnson to improve Brexit deal but fight for EU membership ‘is over’