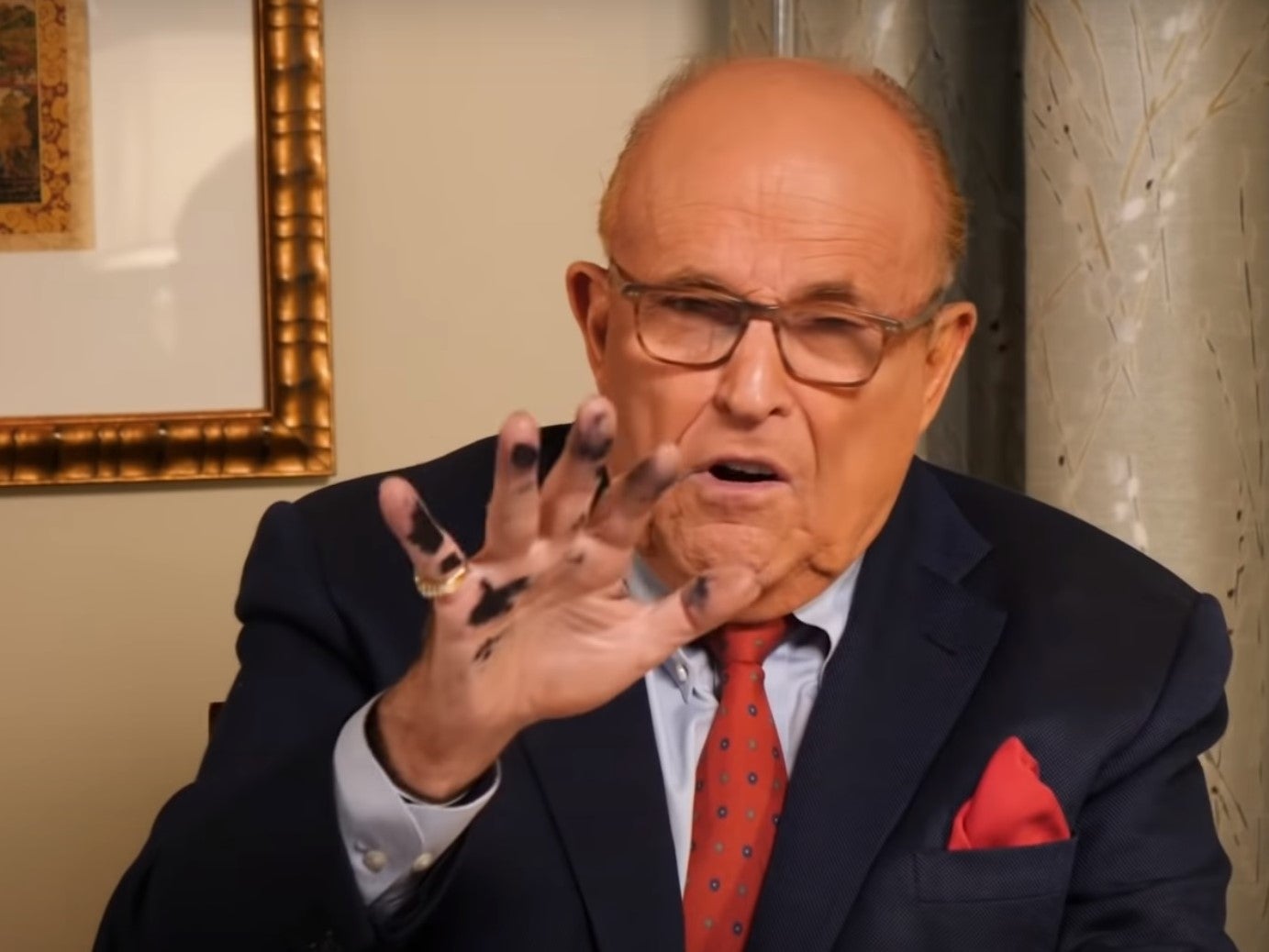 The Google-owned platform also extended Trump’s channel suspension indefinitely after he was initially banned for one week for flouting its content policies.

“In light of concerns about the ongoing potential for violence, the Donald J. Trump channel will remain suspended,” a YouTube spokesperson said.

“Our teams are staying vigilant and closely monitoring for any new developments.”

YouTube’s policy forbids any channel from making unsubstantiated claims relating to elections, as well as “content alleging that widespread fraud or errors changed the outcome of a historical US Presidential election.”

The former Mayor of New York’s channel, which has more than half a million subscribers, posted allegations of widespread voter fraud and irregularities in an attempt to subvert the election and overturn the results.

Mr Giuliani was personally involved in filing dozens of lawsuits in the weeks following the election as part of efforts to disrupt the democratic process, though Attorney General William Barr and officials in all 50 states found no evidence to support the claims.

Mr Giuliani’s most recent video on his YouTube channel is from 2 January – four days before the violent insurrection conducted by Trump supporters at the US Capitol. More recent videos have been removed by YouTube for violating YouTube’s Community Guidelines.

The Partner Program suspension can be appealed, and Mr Giuliani can also reapply to it after 30 days if the underlying issues are addressed.

Despite pushing the same misinformation across his social media channels and being accused of inciting violence on 6 January with his call for a “trial by combat”, Mr Giuliani has so far managed to avoid the same widespread internet ban that Mr Trump has faced.

0 0 0 0
Previous : Earth has been habitable for billions of years – what are the chances?
Next : Covid news live: Latest updates as minister admits mistakes ‘with hindsight’