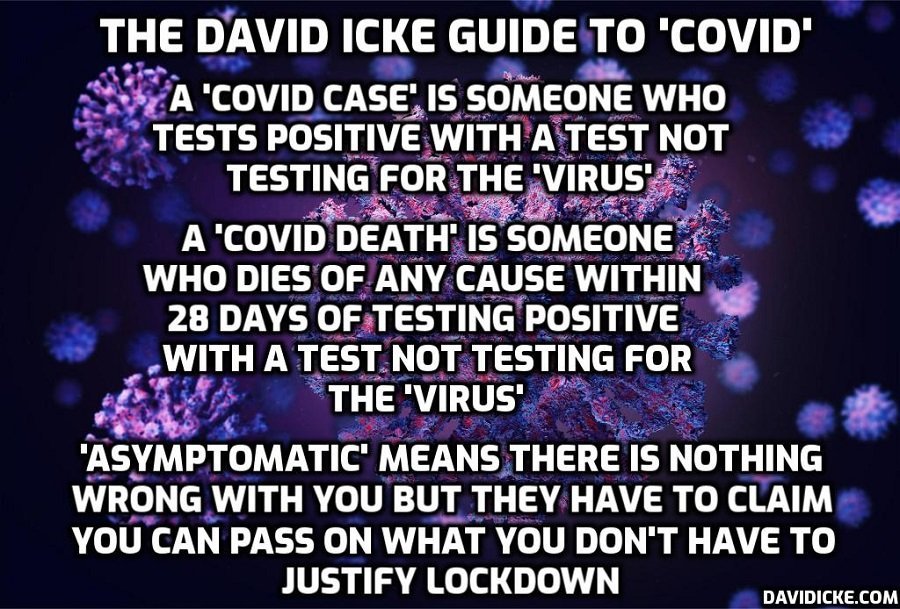 UK ‘Covid’ death toll passes 100,000 they tell you – what absolute nonsense and mendacity. These are people who died from all causes within 28 days of testing positive with a test not testing for the ‘virus’. Now THAT’S the truth. Please share this meme – David Icke

More than 100,000 people in the UK have died from a virus, that, this time last year, felt like a far-off foreign threat. How did we come to be one of the countries with the worst death tolls?

There is no quick answer to that question, and there is sure to be a long and detailed public inquiry once the pandemic is over. But there are plenty of clues that, when pieced together, help build a picture of why the UK has reached this devastating number.

Some will point a finger at the government – its decision to lock-down later than much of western Europe, the stuttering start to its test-and-trace network, the lack of protection afforded to care home residents.

Others will spotlight deeper rooted problems with British society – its poor state of public health, with high levels of obesity, for example.

Others, still, will note that some of the UK’s great strengths – its position as a vibrant hub for international air travel, for example; its ethnically diverse and densely packed urban populations – exposed its vulnerability to a virus that spreads effortlessly in the close air between people.

In some people’s eyes, the UK’s island status might have helped it. Other island nations such as New Zealand, Australia and Taiwan managed to stop the virus getting a foothold and deaths have been kept to a minimum – Australia has seen fewer deaths throughout the pandemic than the UK is recording every day on average.