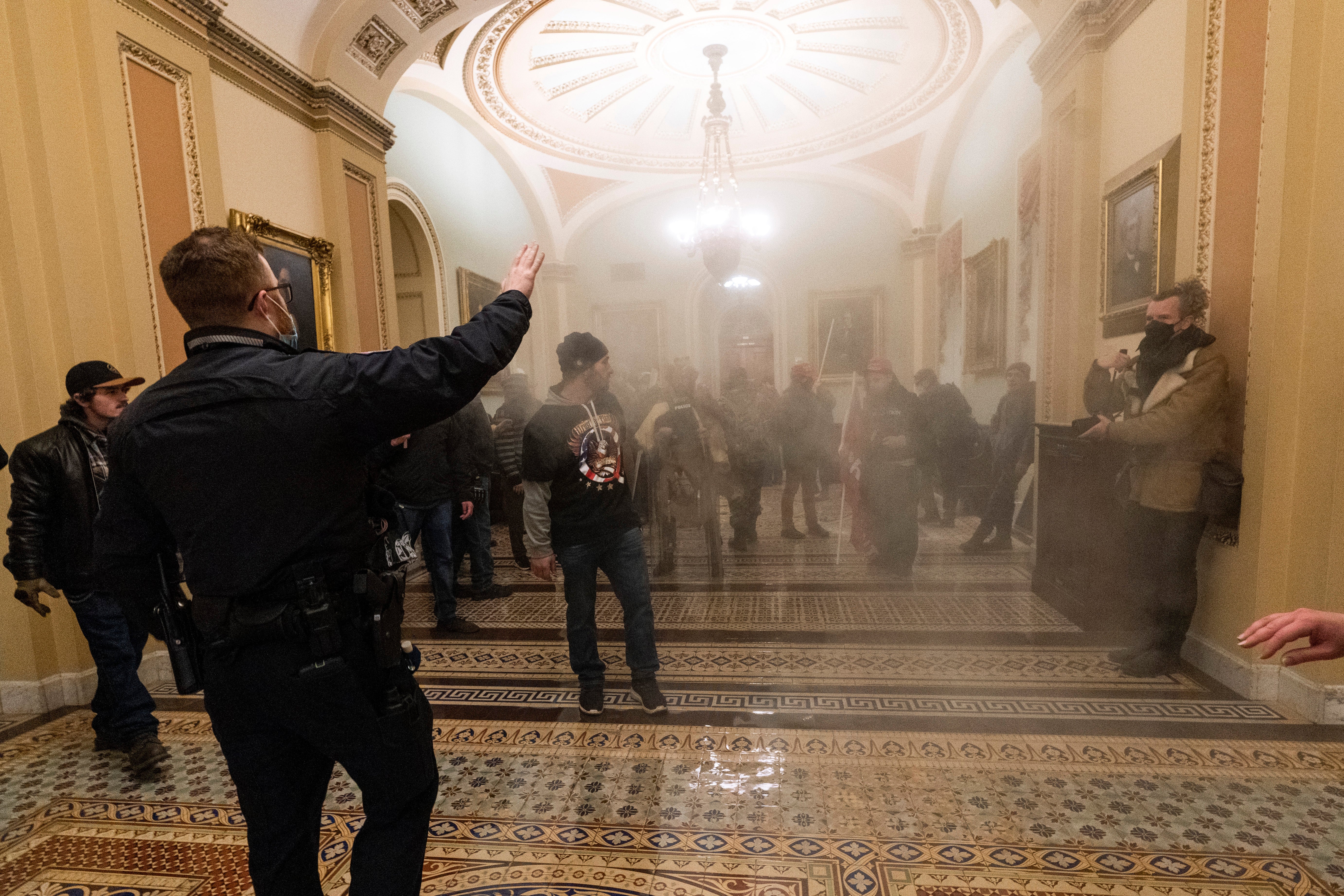 ‘Their inaction cost lives’: Police union hits out at chiefs over failure to prepare for Capitol riot

“The officers are angry, and I don’t blame them,” union Chairman Gus Papathanasiou said in a statement. “The entire executive team failed us, and they must be held accountable. Their inaction cost lives.”

Acting Capitol Police chief Yogananda Pittman told members of Congress on Tuesday that the department had “failed to meet its own high standards” during the attack.

Chief Pittman, who replaced Chief Steven Sund after his resignation in the wake of the riots, admitted that the agency “knew that militia groups and white supremacist organisations would be attending” and that “some participants were intending to bring firearms and other weapons to the event”.

“We knew that there was a strong potential for violence and that Congress was the target,” she said.

“That is a startling admission … and a disclosure that has angered and shocked rank-and-filed officers,” Mr Papathanasiou said.

He said: “I have officers who were not issued helmets prior to the attack who have sustained brain injuries. One officer has two cracked ribs and two smashed spinal discs. One officer is going to lose his eye, and another was stabbed with a metal fence stake.”

In addition to former Chief Sund, both the House and Senate sergeants-at-arms have resigned.

Acting Chief Pittman told members of Congress on Tuesday that the 1,200 law enforcement personnel on duty on 6 January were “no match for the tens of thousands of insurrectionists” in the nation’s capital.

She also confirmed reports that the Capitol Police Board had denied Chief Sund’s request on 4 January to declare a state of emergency in an effort to activate National Guard service members.

The union chairman said the “leadership failure” has prompted calls for a new chief.