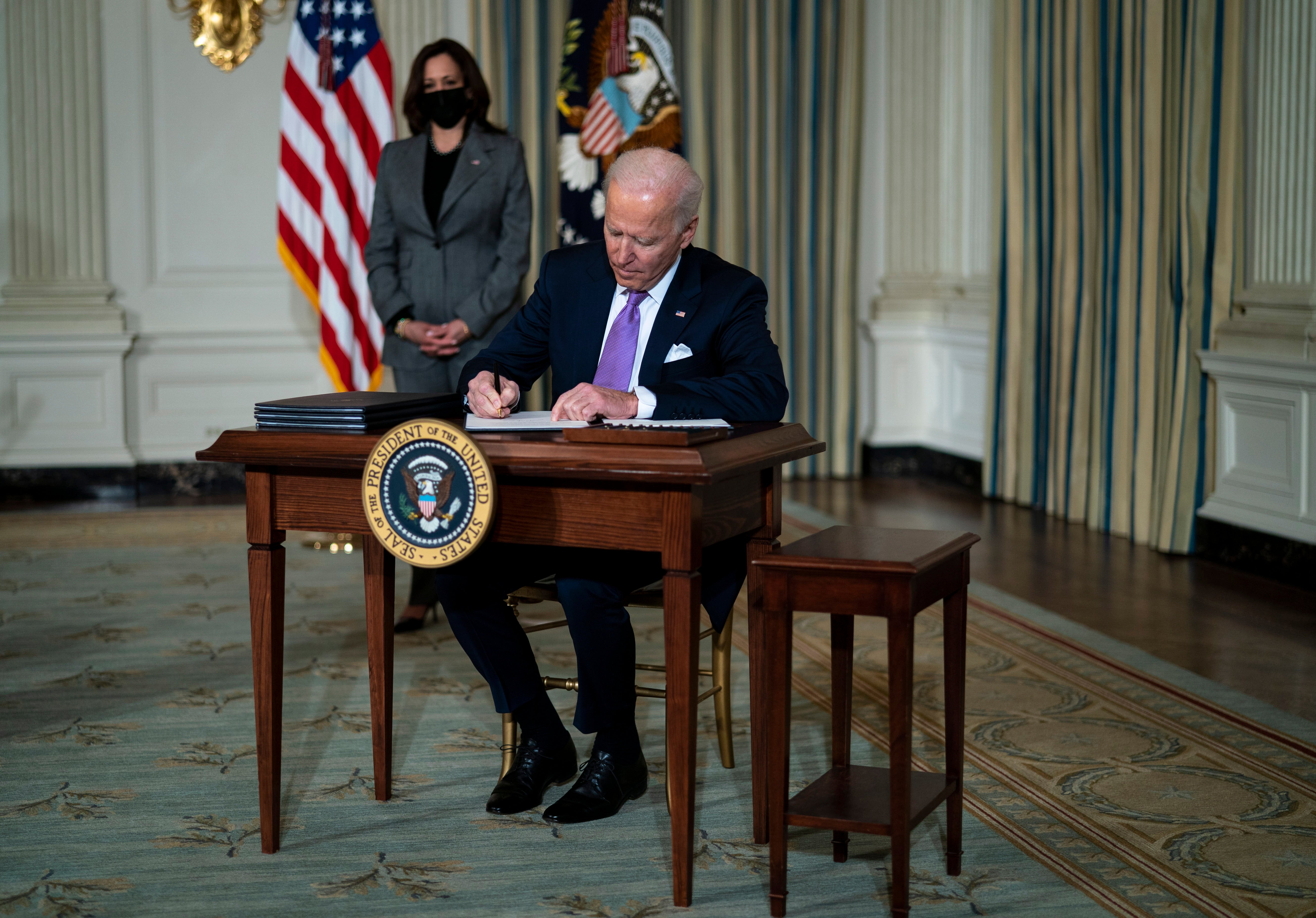 hen Joe Biden won the presidential election back in November it seemed likely the Democrats would fail to win control of Congress, meaning the White House’s hands would be tied on new legislation.

The conventional wisdom was that when it came to economic policy there would be no major changes in public spending or taxation.

But thanks to the Democrats’ surprise victory in the two Georgia Senate run-offs races earlier this month, the party now controls both houses of Congress and they have an opportunity, not only to increase public spending, but to change tax policy as well.

The natural place to start is Biden’s presidential manifesto, in which he outlined plans for some $1.4trn of extra taxation in the three years to 2024 according to calculations by Moody’s Analytics.

The biggest chunk of this – some $822bn – was to come from taxes on corporations.

Biden proposed to raise the corporation tax rate, levied on firms’ profits, to 28 per cent (reversing a substantial part of the 2017 cut in the levy by the Trump Administration from 35 per cent to 17 per cent).

His team also proposed a tougher tax regime on corporations that offshore jobs, and proposed moves to discourage firms shifting their profits overseas to avoid the US corporation tax.

The new President pledged not to raise personal taxes on anyone earning below $400,000 a year (which would exclude around 99 per cent of Americans).

Yet he proposed to raise the top individual income rate, levied on those earning more than that, back to 39.6 per cent, reversing the cut in the rate to 37 per cent under Trump.

Biden’s team also signalled plans to tax any capital gains at the same rate as income (rather than a maximum of 23.8 per cent) for households earning more than $1 million, as well as eroding an allowance that enables people to pay less inheritance tax.

He also proposed in the election to reduce some of the exemptions in estate and gift tax opened up by Trump.

Finally, there was a proposal for an increase in payroll taxes, bringing in an extra $317bn over the next three years.

This would all come from subjecting earnings over $400,000 a year to the 12.6 per cent Social Security payroll tax.

If all this materialised (which is by no means certain) what would it mean for ordinary people?

The impact of the personal taxes would obviously be skewed towards the wealthiest Americans.

So too would the capital gains and inheritance tax proposals, given the vast majority of US households gain little from these sources of income.

For instance, only 4,000 individuals who died in 2018 left estates large enough to require filing an estate tax return.

And 92 per cent of capital gains benefits went to the most prosperous fifth of the population in 2019.

The bottom 60 per cent received just 3 per cent of total gains.

Yet there will be an impact of the corporate taxes on households as well, albeit indirect.

In response to the higher levy on profits, companies might raise their prices (hitting ordinary consumers), hire fewer workers than they otherwise would (hitting workers), or pay lower dividends than otherwise to shareholders.

It’s hard to know in advance what the “incidence” of these taxes would be and who would pay the price – whether the rich or the poor – but public finance experts warn that taxes levied on firms are inevitably passed on to households.

However, crucially, analysts believe that the overall Biden economic programme would boost the overall economy and, with it, the incomes of American households, relative to otherwise.

And Biden has proposed a suite of enhanced tax credits to lower earners, such as the child tax credit (to be raised to $3,000 per child for children aged 6 to 17 and $3,600 for children under 6) and also the earned income tax credit (increased to $1,500).

All this means that, even with the overall proposed Biden tax increases, the average American household would likely be left better off.