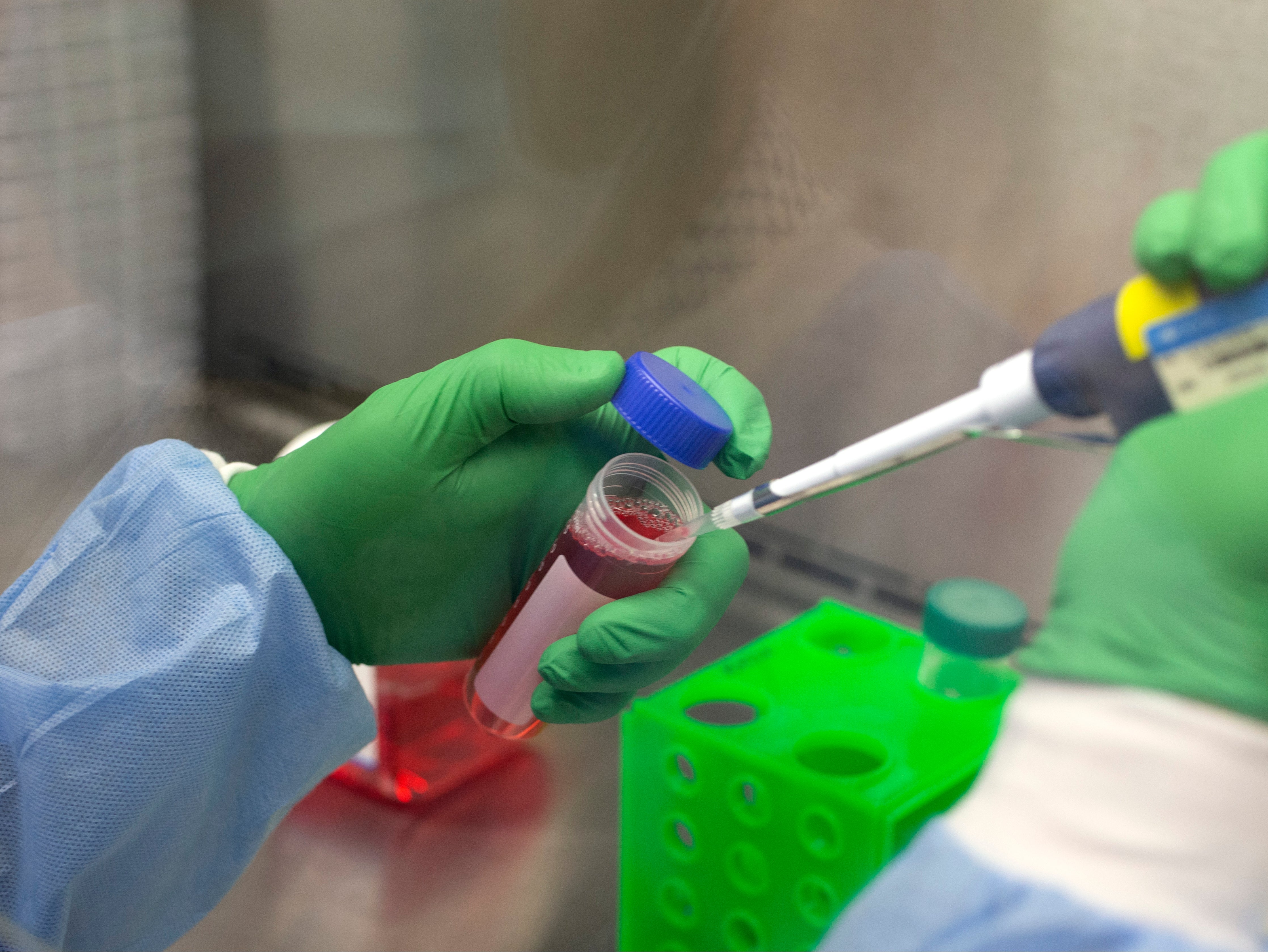 An experimental drug being trialled by the NHS is 100 per cent effective in protecting against symptomatic cases of Covid-19, according to its manufacturer.

Regeneron Pharmaceuticals said partial results from its ongoing study suggest its two-antibody cocktail also cuts the coronavirus infection rate by about 50 per cent.

None of the new results have been published or reviewed by other scientists, and Regeneron said its findings were based on only a quarter of patients in its study.

The “confirmatory stage” of the trial will not be complete until the second quarter of this year, but the US-based drugmaker has said it is hopeful the treatment may “break the chain” of rising infections.

The findings are based on early analysis of 409 trial participants in the US and come months after it was revealed the drug is also being tested on “at least 2,000” UK patients in 174 hospitals.

In September, Oxford University’s professor Peter Horby – who is involved in the British trial of the drug – revealed there had been “no worrying safety signals”.

George Yancopoulos, president and chief scientific officer at Regeneron, said his company’s treatment could prove to be a useful tool in the fight against Covid-19 by targeting those who are “actively spreading the virus to their close contacts”.

“The REGEN-COV antibody cocktail may be able to help break this chain by providing immediate passive immunity to those at high risk of infection, in contrast to active vaccines which take weeks to provide protection,” he said.

Scientists hope to use the drug for people who need “immediate protection”, such as those who have come into contact, or live with, someone who has tested positive.

Regeneron has enrolled more than 2,000 people so far for its study. Its findings were based on the first 409 trial participants who tested negative for the virus but lived with someone who has Covid-19.

REGEN-COV works by supplying concentrated doses of one or two neutralising antibodies that worked best against SARS-CoV-2 in laboratory tests.

In another US-based study, the pharmaceutical firm Eli Lilly said its two-antibody combination treatment reduced the risk of hospital admissions or death by 70 per cent in newly diagnosed, non-hospital Covid-19 patients at high risk of serious illness because of age or other health conditions.

Eli Lilly’s results were from a study of 1,035 non-hospital patients recently diagnosed with Covid-19. About 2 per cent on the drug were later admitted to hospital or died versus 7 per cent of the placebo group.

Last week, Eli Lilly said one of the two antibodies helped prevent illness among residents and staff of nursing homes in a different study. The four deaths that occurred in that study were all among those given a placebo.

US regulators have allowed emergency use of some Eli Lilly and Regeneron antibodies for mild or moderate Covid-19 cases that do not require hospital treatment while studies continued.

Former US president Donald Trump was given the treatment last year after contracting Covid-19.

The drugs are also being tested to prevent infection in people at high risk. That is called “passive vaccination” because it supplies antibodies rather than prompts the body to make them.

Both companies are asking regulators to expand authorisation of their drugs based on the new findings.