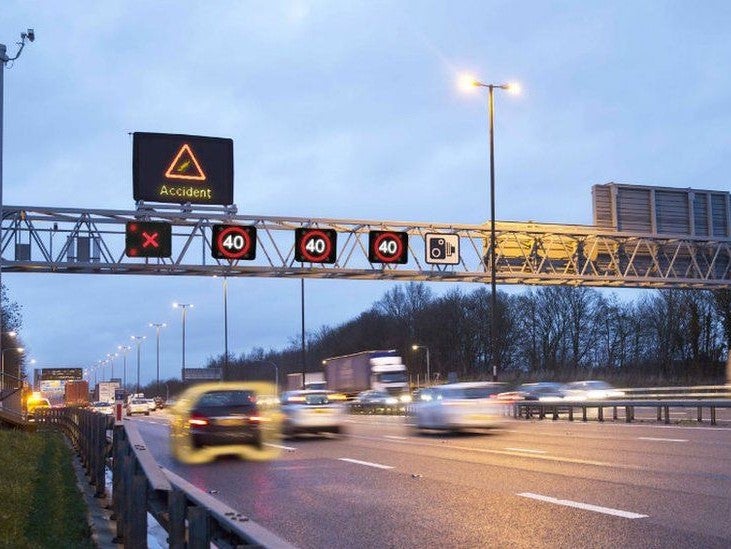 Smart motorways are “inherently unsafe and dangerous and should be abandoned,” a police and crime commissioner has said.

He made the call a week after a coroner found two men, who died on a so-called smart section of the M1 close to Sheffield, had been unlawfully killed.

David Urpeth called for an urgent review of the system after hearing how Jason Mercer, 44, from Rotherham and Alexandru Murgeanu, 22, of Mansfield, died when a lorry crashed into their vehicles in June 2019.

The inquest was told both men would still be alive today if there had been a hard shoulder.

Now Dr Billings has written to transport secretary to Grant Shapps insisting such smart lanes should be closed for good.

“The relevant test for us is whether someone who breaks down on this stretch of the motorway, where there is no hard shoulder, would have had a better chance of escaping death or injury had there still been a hard shoulder – and the coroner’s verdict makes it clear that the answer to that question is – Yes,” he wrote.

Smart lanes were first tentatively introduced in the UK in 2006 and now cover hundreds of miles of M-roads, including sections of the M1, M25 and M60.

But concerns about their safety have been repeatedly – and increasingly – raised.

Because there is no hard shoulder, they essentially offer no escape to any driver who finds themselves in an emergency situation needing to stop.

A harrowing voice recording released in 2019 captured the moment one family – including three children – broke down on the M6 and had to remain in their stationary vehicle in a live lane. As the father desperately requests emergency help, a lorry can be heard ploughing into the back of them. All somehow survived the horror.

But speaking on Monday after his letter had been made public, Dr Billings said: “I think that whatever formula they are using to come to that conclusion is wrong.

“The coroner in his verdict has made it pretty clear that these two particular lives in South Yorkshire would not have come to such a sad end if there had been a hard shoulder there, so I think this is new evidence they have to take into account.”

Speaking to the BBC, he added: “If they thought this type of motorway was even smarter, or safer, than a conventional motorway, then why not convert the entire system to smart motorways, making it safer? As soon as you say it, I think you realise it’s absurd.

“I think they (smart motorways) were done originally not because it was a safer way of doing a motorway, I think it was done in order to expand the capacity, get the traffic flowing by having an extra lane, but to do it cheaply, and I think we’re trading cost – cheapness – for other people’s lives.”

The Department for Transport has now said it has “tasked Highways England with delivering an 18-point action plan to ensure they are safer still, and he has called an urgent meeting with the company to discuss their progress”.