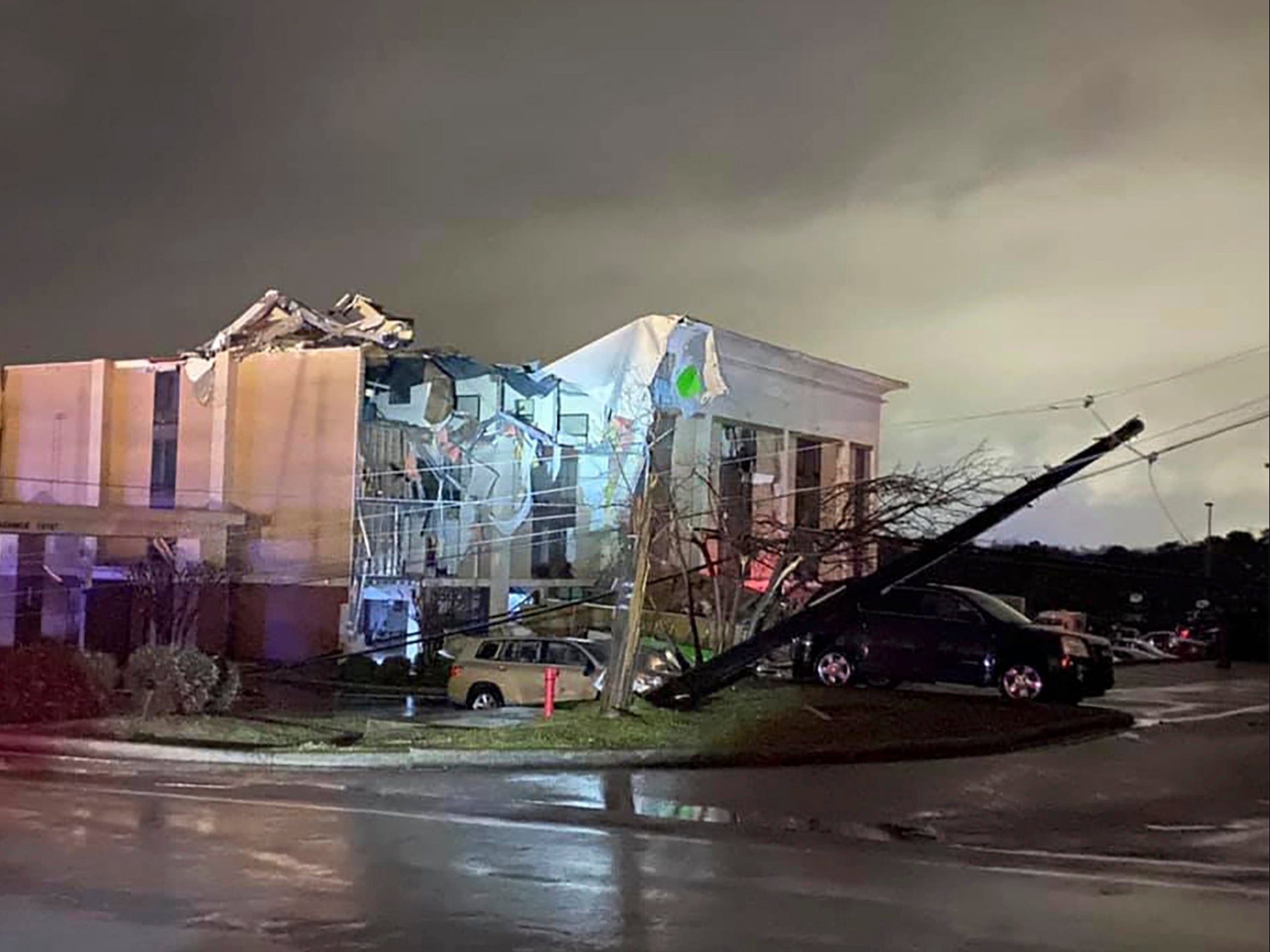 People still trapped in their homes after deadly Alabama tornado

Some Alabama residents are still trapped inside their homes after a tornado ripped through the state, killing at least one person, critically injuring several others and collapsing multiple buildings.

The storm hit the city of Birmingham, Alabama, at around 10:30pm on Monday, and specifically caused substantial damage in the suburb of Fultondale, according to AL.com.

Multiple businesses in Fultondale, including the Hampton Inn and Hurst Towing, were destroyed, as several homes collapsed during the storm.

Fultondale Police Chief DP Smith confirmed to AL.com on Monday morning that a young man was killed during the tornado, after he was trapped in his basement when his home collapsed.

The young man’s family had sheltered in the basement when the storm hit, but a nearby tree fell onto the home, causing it to collapse.

Several of the family members were injured in the incident, while one person made it out of the home without harm. Mr Smith said the family were in shock, adding: “They were doing what they were supposed to be doing.”

At least 17 people were also transported to local hospitals overnight on Monday, with several of the victims suffering from critical injuries. At least 11 of the victims had been released by the morning.

First responders and emergency services from nearby areas arrived in Fultondale overnight to help the local authorities search the houses damaged in the storm.

Heavy rescue units are helping to rescue Fultondale residents who are still trapped in their homes, and revealed that it could take them a few hours to complete the search.

“We want to search every house and make sure no one is trapped, maybe not necessarily injured but just not able to get out,” Fultondale mayor Larry Holcomb told AL.com.

He added: “There are 45 homes in this community and all of them have some damage…Debris is everywhere.”

All of the guests at Fultondale’s Hampton Inn were evacuated after it collapsed, and were taken to a nearby restaurant, before being transported to an unaffected hotel.

Several trees and power lights were also toppled in the area overnight, as multiple cars were overturned during the storm.

Mr Holcomb confirmed that repairing the damage to Fultondale is “not going to be a quick process.”

0 0 0 0
Previous : Officials say Israeli minister visited Sudan to discuss ties Israeli ties Minister Sudan ties
Next : The ‘four nation’ construct of the UK is as fragile as it is unique – and at severe risk of being broken apart