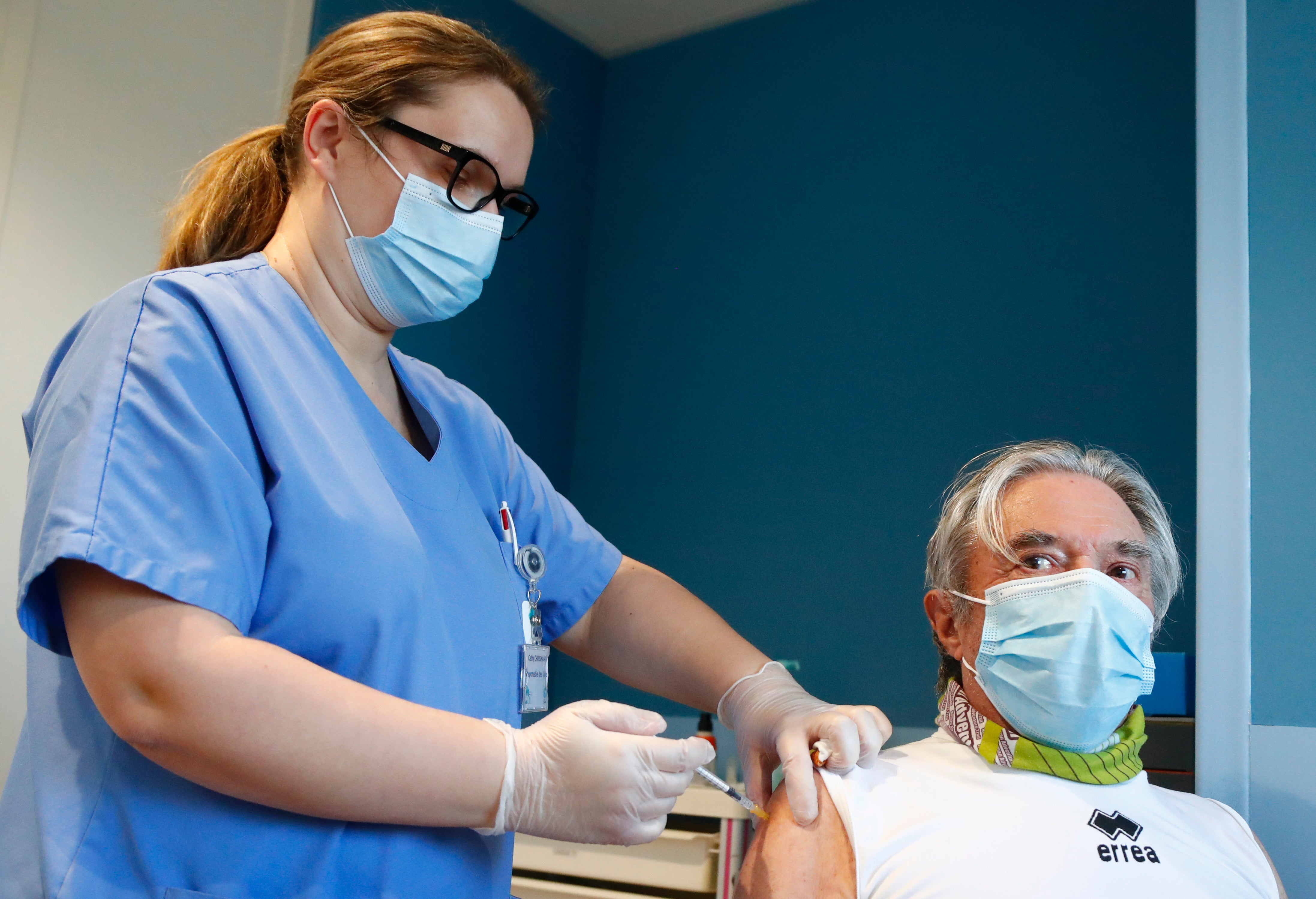 There is no risk to deliveries of the Pfizer vaccine, a minister is insisting, despite the EU threat to impose controls over a separate row with UK-based AstraZeneca.

Nadhim Zahawi sought to play down growing fears of “vaccine nationalism” – saying he was “confident” that tens of millions of doses of Pfizer jabs ordered from Belgium will arrive.

Brussels announced plans for export controls after AstraZeneca – which was due to deliver 80 million doses to the EU by the end of March – suddenly said it was cutting supplies to as low as 30 million.

But, asked whether the EU could prevent Pfizer vials leaving its borders, Mr Zahawi, the vaccines minister, said: “No, I’m confident that the Pfizer vaccine will be delivered.

“Pfizer have made sure that they have always delivered for us, they will continue to do so,” he told Sky News.

“We have got 367 million vaccines that we have ordered from seven different suppliers, so I’m confident we will meet our target and continue to vaccinate the whole of the adult population by the autumn.”

However, Brussels’ row with AstraZeneca could make supplies bumpier, if it follows through on the threat of new controls amid public anger at the pace of immunisation programmes in the EU.

Companies would have to provide “early notification” of exports of all jabs manufactured in the bloc in an attempt to prevent shortfalls.

Pfizer has already warned of potential disruption to supplies to the UK. Matt Hancock, the Health Secretary, admitted supplies were “tight” – although the UK has refused to release any distribution figures.

“She reminded Mr Soriot that the EU has invested significant amounts in the company upfront, precisely to ensure production is ramped up,” a Commission spokesperson said.

More than 10 per cent of Britons have been given a jab, while the EU has vaccinated only 2 per cent of its population. Brussels suspects that Britain secured better contracts.

Ahead of the UK reaching the grim total of 100,000 people dying within 28 days of a positive Covid-19 test, Mr Zahawi said he would not “speculate” on the reasons for such a disastrous record.

He also said it was “too early” for people to think about foreign summer holidays, telling  BBC Breakfast: “I think the right thing to do now is to continue with our vaccination drive.”

He confirmed that a decision on quarantining travellers – including returning Britons – at hotels will be discussed by a Cabinet committee this evening, although a decision may not be announced on Tuesday.

“As we vaccinate more of the adult population, if there are new variants like the South African or the Brazilian variants, we need to be very careful,” he said.