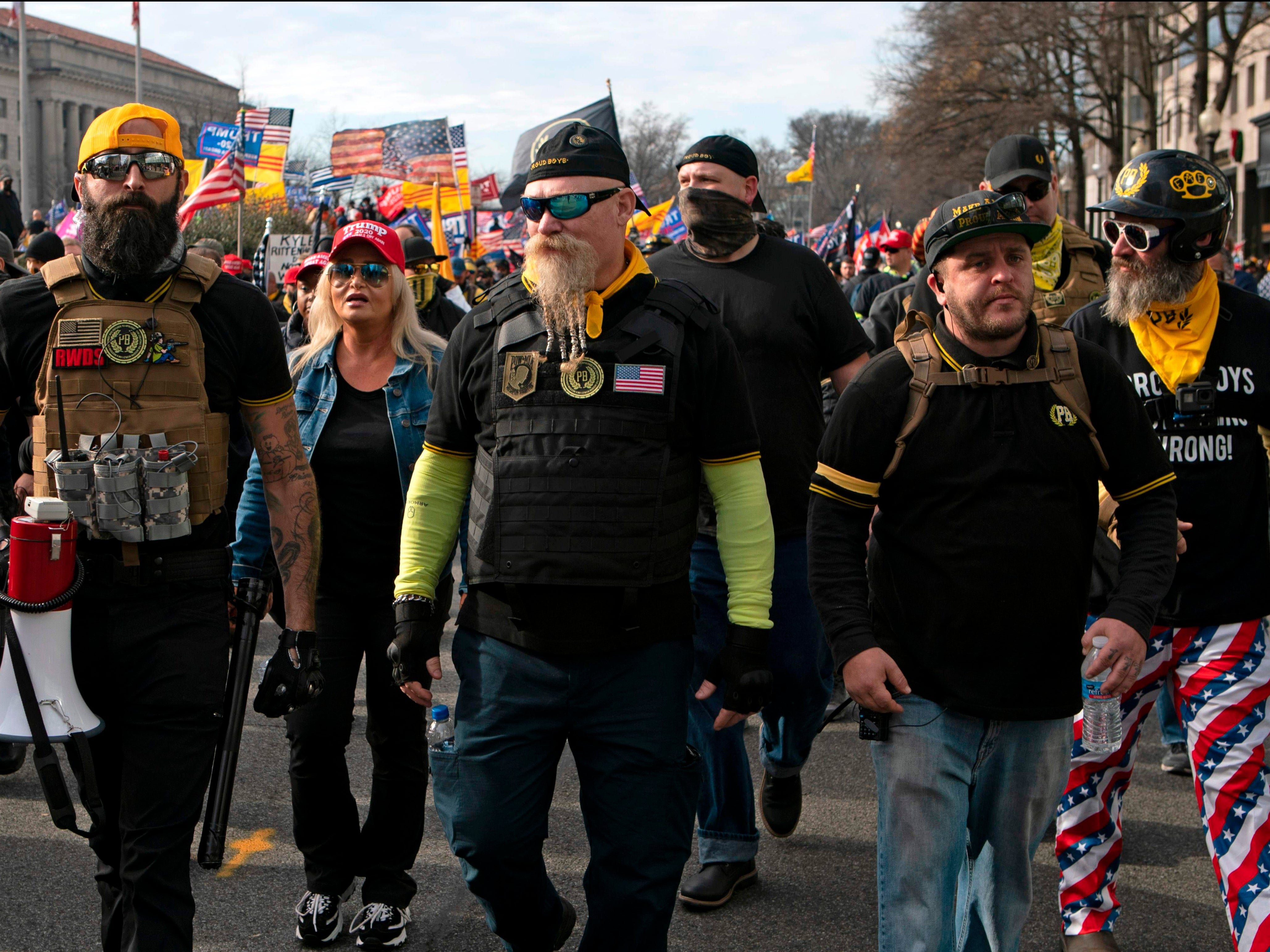 A motion calling for the far-right group Proud Boys to be formally designated as a terrorist entity has been agreed by members of Canada’s parliament.

The motion, which was introduced by the New Democratic Party (NDP) leader Jagmeet Singh, passed with unanimous consent in the House of Commons on Monday.

The agreed motion asks the government to “use all available tools to address the proliferation of white supremacists and hate groups starting with the immediately designating the Proud Boys as a terrorist entity.”

Although the motion was passed in the House of Commons, the federal government confirmed that it is symbolic, as it will still need to decide to formally add the group to the list of terrorist entities for it to be made official, according to Global News.

Proud Boys is a far-right, male-only organisation known for engaging in violent clashes at political rallies, which has been described as an extremist group by the legal advocacy organisation, the Southern Poverty Law Centre.

Facebook and Instagram have also banned content from members of the group from appearing on their sites, with the former explaining its decision by saying that it bans “hate organisations” from its service.

For the past few weeks, the NDP has been calling for Canadian prime minister Justin Trudeau and his party, the Liberal Party of Canada, to designate the group as a terrorist organisation.

The calls came after a mob of pro-Trump supporters breached the US Capitol on 6 January, causing House members to barricade themselves in offices to hide from the rioters.

Proud Boys members were allegedly part of the riot, which ended with five people dead and several more injured. Former US president Donald Trump was also impeached by the House for a second time for helping incite the riot at a rally nearby.

Speaking to Global News earlier this month, Mary-Liz Power, a spokesperson for Public Safety minister Bill Blair, said that the federal government is considering designating the group as a terrorist entity.

“Intolerance and hate have no place in our society,” the spokesperson continued, before adding that law enforcement are “very actively engaged in monitoring the activities of these groups, and gathering the evidence required to support a determination of listing as a terrorist organisation.”

If the federal government decides to designate Proud Boys as a terrorist entity, the group will join a long list including The Taliban, Al Qaeda and Boko Haram alongside many others.