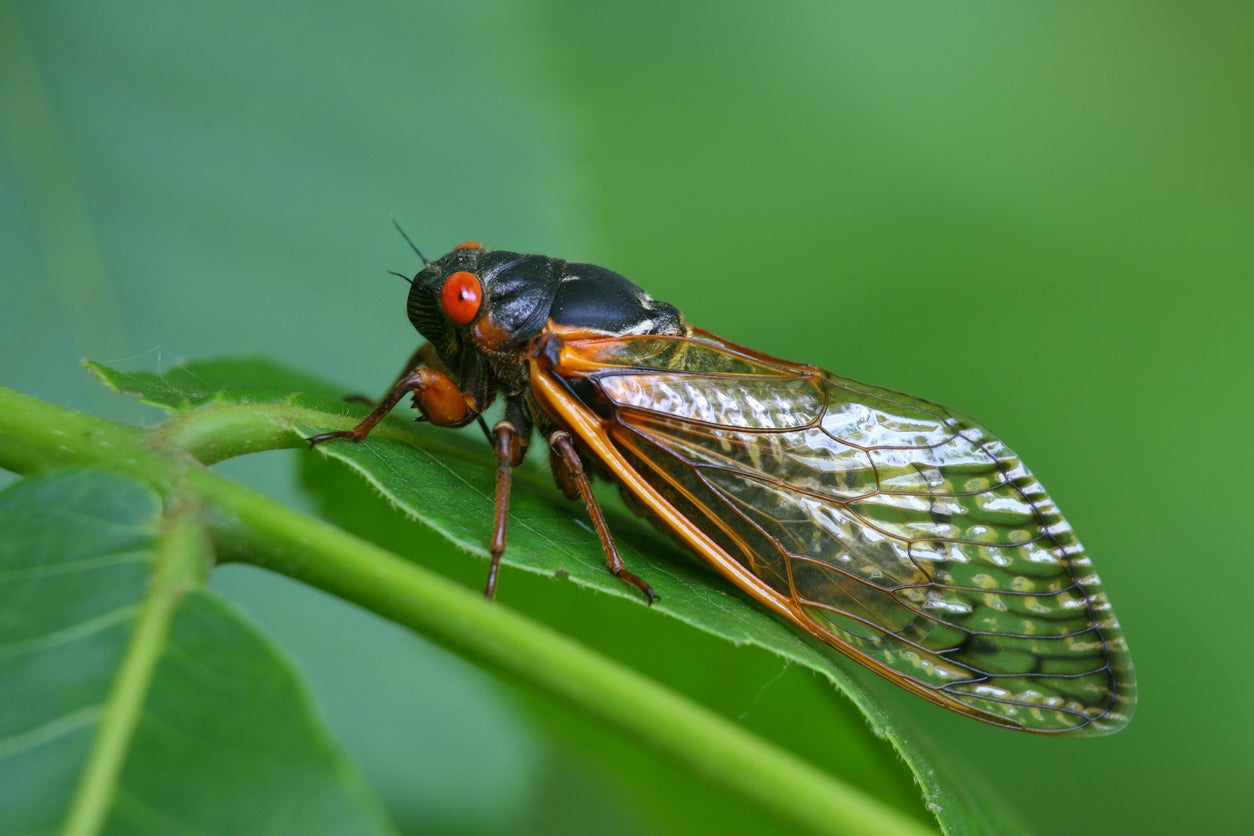 Billions of cicadas set to descend on major US cities

Billions of tiny insects that have spent almost two decades buried beneath the Earth’s surface are soon set to emerge and descend on swathes of the eastern US.

Swarms of cicadas – winged bugs that belong to the same family as leafhoppers and froghoppers – will appear in towns and cities when the weather is warm enough.

There are two types of cicadas: annual cicadas and periodical cicadas, with the latter appearing every 17 years or so, after living life as nymphs under the ground, where they feed on the roots of plants.

Cicadas can be distinguished by their stout bodies, broad heads, clear-membraned wings and large compound eyes.

Residents across eastern parts of the US can expect to see them in the middle of May as the mercury begins to rise.

The last such event happened in 2004 when swarms of the insects were seen – and heard, due to their mating calls – in New York, Ohio and Michigan.

“They may amass in millions in parks, woods, neighbourhoods, and can seemingly be everywhere,” said Gary Parsons, an entomologist at Michigan State University.

“When they are this abundant, they fly, land and crawl everywhere, including occasionally landing on humans.”

According to Mr Parsons, cicadas do not bite and are harmless to humans and property, other than being a “nuisance”.

Dogs and other pets sometimes gorge on cicadas which might make the animals sick, although they are not toxic or otherwise harmful.

They usually do not enter homes and instead rest on outside walls, Mr Parsons added.

Swarms of cicadas do make a lot of noise, however, and the males’ mating calls can reach up to 100 decibels – a level similar to that of a motorcycle or a chainsaw.