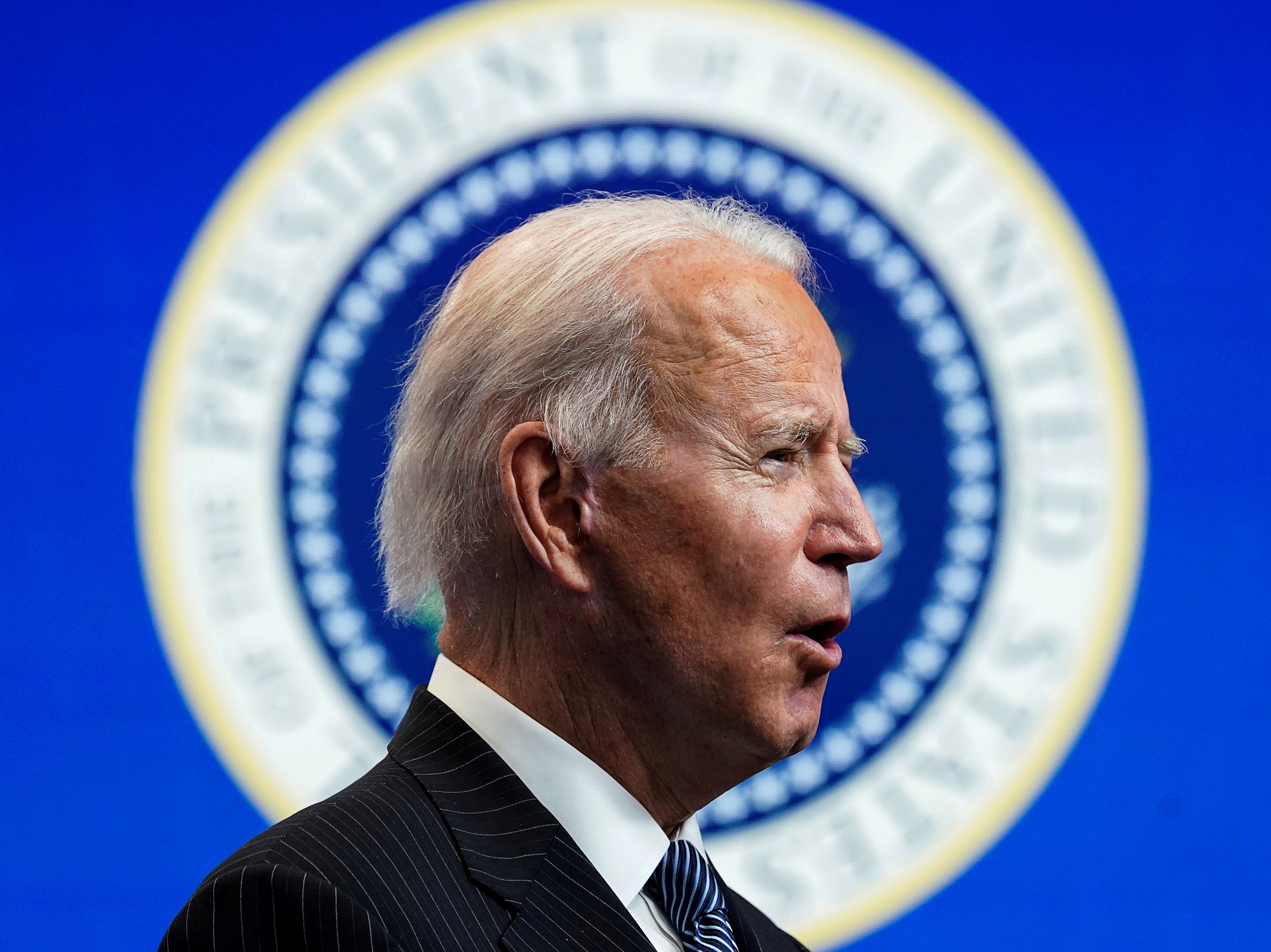 Only 37 per cent of respondents in the survey, which was carried out between 21 January to 22 January said that they disapproved of Mr Biden’s job in the White House so far.

An overwhelming 94 per cent of Democrats approved of the newly inaugurated president during his first few days in office, along with 62 per cent of independents.

However, somewhat unsurprisingly, seventy percent of Republican voters disapprove of Mr Biden’s performance so far as the 46th president.

The new president sees his strongest support on his handling of the coronavirus pandemic, which sits at 69 per cent, and handling the government, at 65 per cent.

The survey also revealed Mr Biden received a 61 per cent support on the issues of the economy, stimulating jobs, and fighting terrorism.

The White House hit the ground running with a flurry of at least 17 executive orders and a range of new domestic and international policies during Mr Biden’s first 24 hours as president.

The wave of executive orders and immediate actions passed included a range of issues such as climate change, coronavirus, and immigration.

In the wake of the action, fifty-seven percent of voters said they approve of Mr Biden’s handling of immigration, and 60 percent say the same concerning foreign affairs, according to the survey.

In terms of immigration, the new president ended the previous administration’s travel restrictions on several Muslim majority countries and halted the construction of new border security installations along the US-Mexico border among other actions.

The president has since appeared to boost his goal for coronavirus vaccinations in his first 100 days in office, suggesting the nation could soon be injecting 1.5 million shots on an average per day.

Over the weekend Mr Biden began talks with Congress over a $1.9 trillion stimulus package that will help provide relief to those most impacted by the pandemic.

The most recent poll was conducted online among 941 registered voters and had a margin of error of 3.19 percentage points.