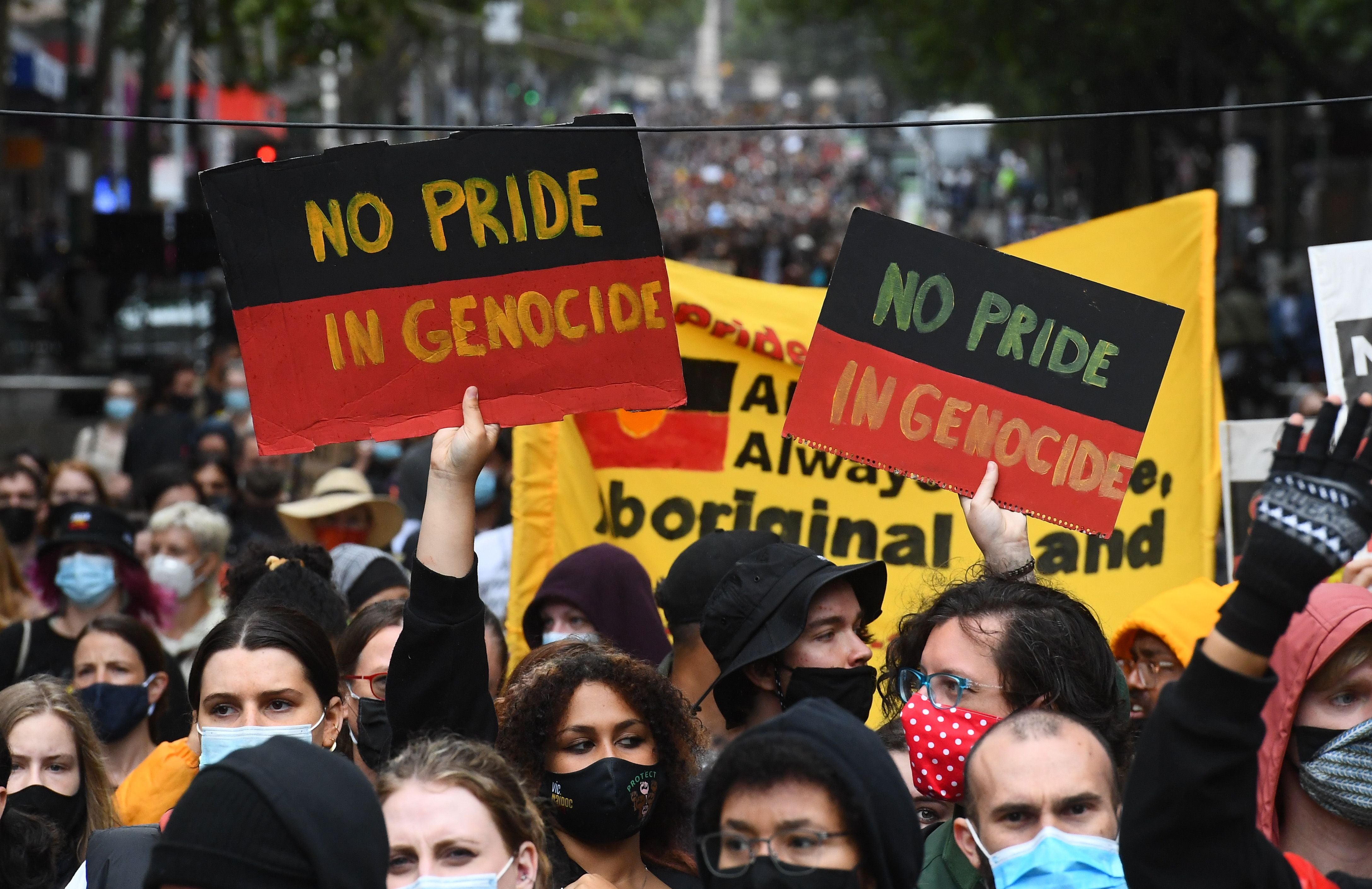 A handful of people were arrested in Australia Day protests as thousands took to the streets despite Covid health concerns to march against the divisive national holiday.

The day is highly controversial as it marks the start of Australia’s colonisation, when a British fleet sailed into Sydney Harbour in 1788 to start a penal colony, viewing the land as unoccupied despite encountering settlements.

For many Indigenous Australians, who trace their lineage on the continent back 50,000 years, the day is remembered as “Invasion Day” and for years activists have been running a “change the date” campaign.

However polls show most Australians are in favour of keeping the day, which occurs annually on January 26, with many of them spending the annual public holiday enjoying the sunny weather.

In Sydney five people were arrested as around 2,000 protesters congregated, with chants of “Black Lives Matter” and “always was, always will be Aboriginal land” rang out during most rallies across the country, television footage showed.

“Until they abolish Australia Day then maybe Invasion Day will be a bit quieter,” said Lizzie Jarrett, an Indigenous Australian protest organiser in the capital.

“At this moment, [while] this nation celebrates genocide, we will not be silent, we will not stop and we will keep coming.”

The handful of arrests were made for breach public conduct rules and scuffling with the police.

“With the exception of the few, they were well-behaved,” NSW Police Assistant Commissioner Mick Willing said at a televised press conference.

In Melbourne, television footage showed several thousand people marching through the city centre, many wearing T-shirts with the Aboriginal flag, while organisers tried to ensure social distancing rules were observed. In Adelaide, an estimated 4,000 people gathered at a sit-down protest.

Australia has fared better than most other developed economies in the pandemic, with just under 28,800 cases and 909 deaths, mostly in Victoria state. On Tuesday, the country recorded its ninth consecutive day of zero community transmissions, according to the health ministry.

“There is no escaping or cancelling this fact. For better and worse, it was the moment where the journey to our modern nation began,” Morrison said at an official ceremony in Canberra. “

“We have risen above our brutal beginnings.”

0 0 0 0
Previous : Trump opens his ‘Office of the Former President’ in Florida
Next : Birdwatch: Twitter rolls out system for people to annotate incorrect tweets