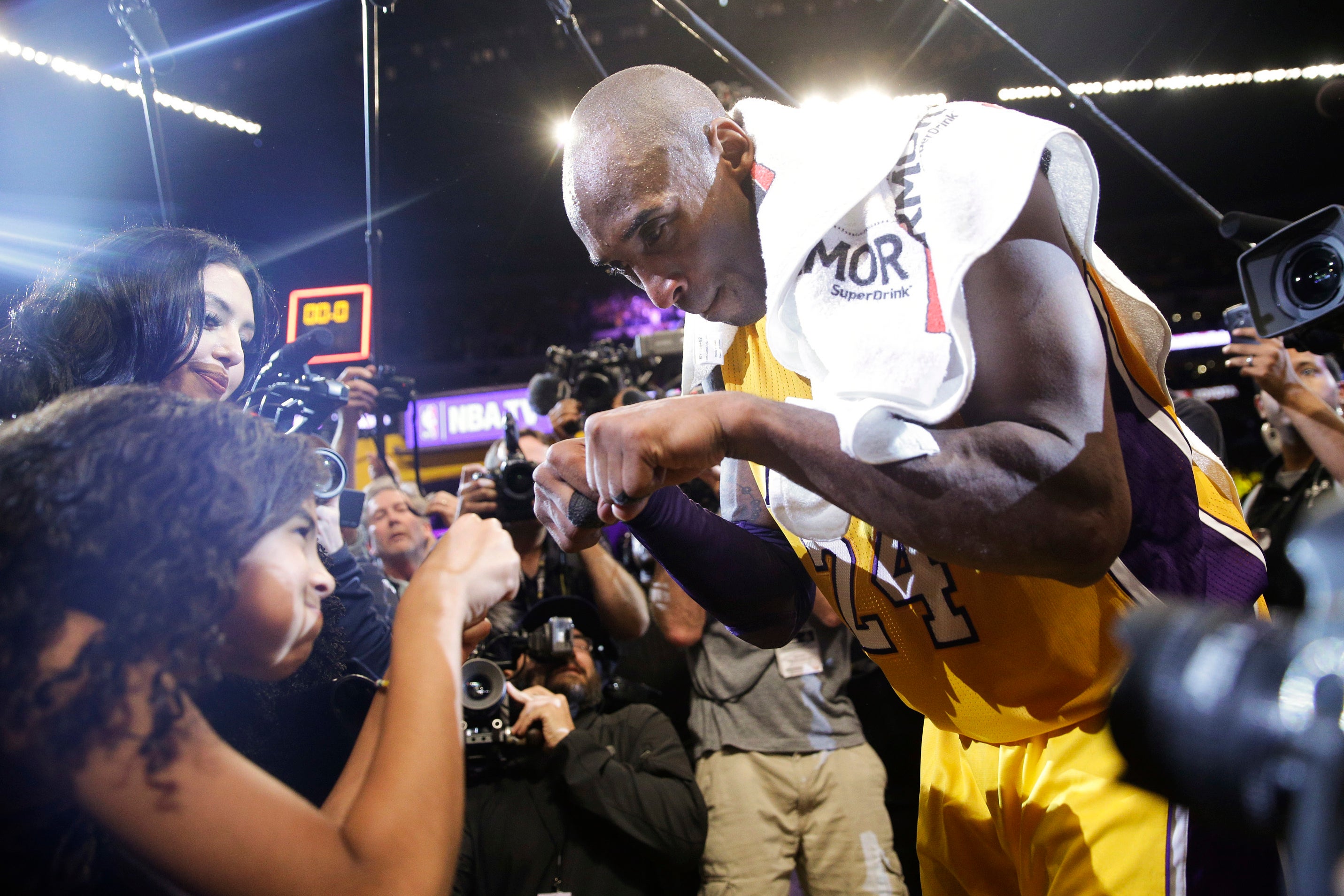 They were on their way to a basketball tournament on a Sunday morning. Bryant, Gigi — that’s what most called his daughter — and everyone else aboard the helicopter were killed instantly in the crash, officials said.

The Associated Press has moved thousands of photos of Bryant, who won five championships in his 20 NBA seasons, all with the Los Angeles Lakers He was a Grammy winner. He was a best-selling author of children’s books. He will soon be officially enshrined as a member of the Naismith Memorial Basketball Hall of Fame.

1996: Bryant was a 17-year-old kid when he entered the NBA and had a childlike grin when the Lakers introduced him as the newest member of their franchise. He never played for another.

1997: Bryant faced a steep learning curve as a rookie, averaging 7.6 points per game. A year later, he was an All-Star and on his meteoric rise to stardom.

1999: Bryant’s relationship with Shaquille O’Neal was often complex, but they would form one of the top duos in NBA history.

2000: Bryant rode a double-decker bus to Staples Center when the Lakers won their first of the five championships with him in purple and gold.

2001: This was always a certainty: When fans came to watch Kobe Bryant, they would get a show.

2002: Bryant’s confidence was soaring. The Lakers rolled through the playoffs, winning a third consecutive NBA title.

2003: Bryant and O’Neal were often portrayed as rivals, and they bickered often. Clearly, however, they had moments that both enjoyed.

2004: Bryant’s legacy was marred by the allegation that he raped a 19-year-old Colorado hotel worker. A civil suit was eventually brought, Bryant issued an apology through his attorney and the case was later dropped when the accuser refused to testify.

2006: Games against the Boston Celtics always brought out the best in Bryant; the Celtics and Lakers have been rivals for decades.

2007: Bryant was always an intense competitor. Here, celebrating a basket in a playoff game against Phoenix, he showed how much more the postseason meant.

2008: Bryant dove into the stands in an effort to save a loose ball in Dallas. No play was insignificant to him.

2009: Bryant led the Lakers to the fourth championship of his career, the first since he and O’Neal won three straight in the early 2000s.

2010: The fifth and final championship of Bryant’s NBA career. As the final seconds of those NBA Finals ticked away, Bryant leaped onto the scorer’s table and, as confetti fell and some stuck to his soaked uniform, he held five fingers high. The meaning was clear.

2011: Bryant was adored globally, including South Korea, where he threw a basketball clinic for children during a tour of five Asian cities.

2012: Bryant played in the Olympics twice for USA Basketball. He left both times with a gold medal.

2013: Whenever Bryant visited China, it wasn’t uncommon for thousands of fans to show up just to get a glimpse of someone who was as revered as any player there — including Chinese star Yao Ming.

2014: Bryant was among the players who wore “I Can’t Breathe” shirts in 2014 to protest the death of Eric Garner, a Black man killed by police in New York.

2016: Wherever Bryant went in his final season, opposing fans cheered and let him know how much he would be missed.

0 0 0 0
Previous : UK to offer expertise to other countries in bid to identify new Coronavirus strains more swiftly
Next : Corrupt Biden (I repeat myself) administration ‘enshrines voter fraud’ to fix all elections from hereon by controlling all state election systems and making it against the law to identify people using absentee ballots – one of the scams used to put Biden in the White House