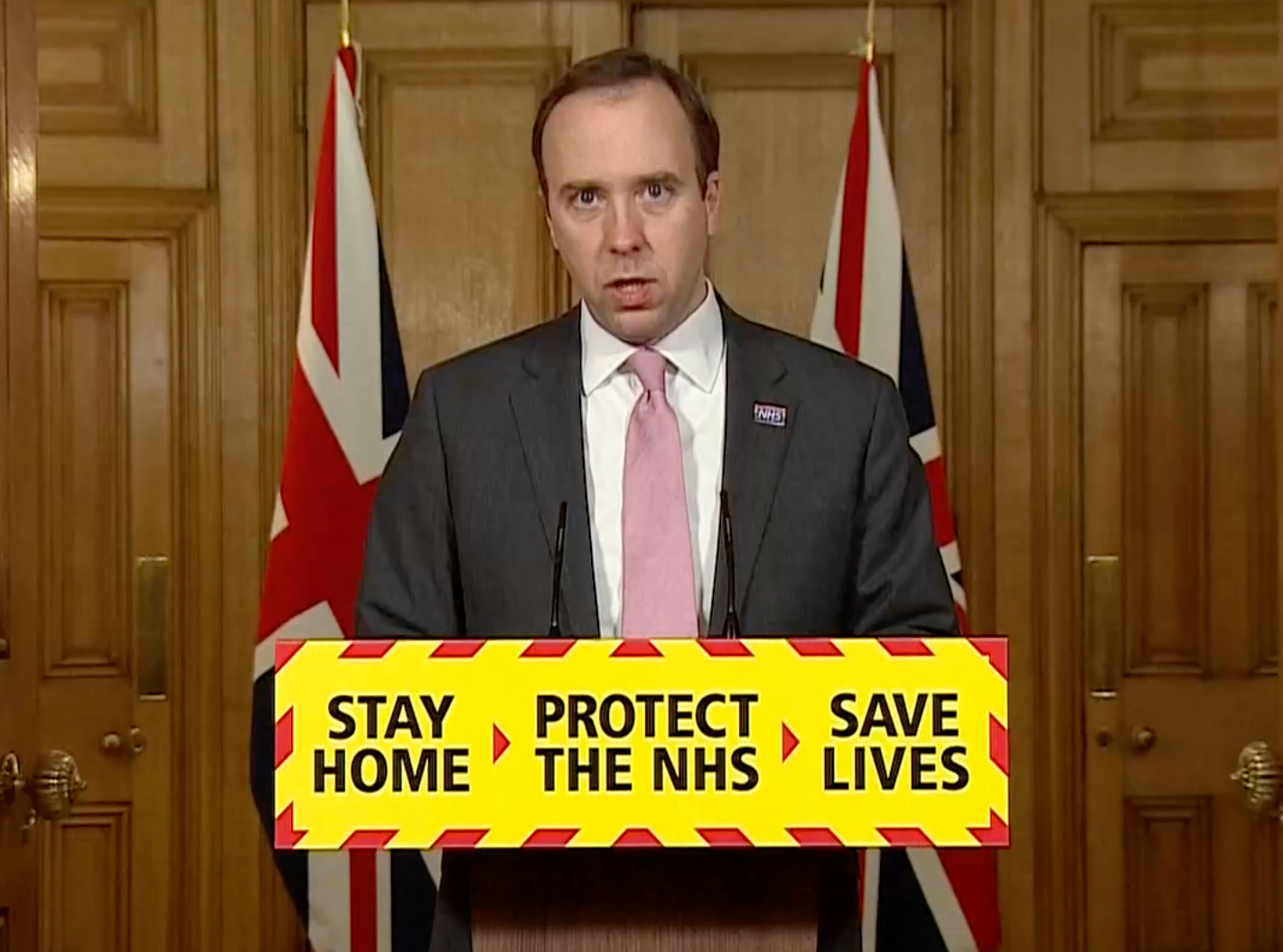 Numbers of coronavirus patients in intensive care and on ventilation have reached their highest of the pandemic so far, as health secretary Matt Hancock warned the NHS is “stretched to the limit”.

With more than one in nine of the adult population – some 6.6m people – now having received vaccinations against Covid-19, Mr Hancock said that “the end is in sight”.

But he refused to give any hints of when lockdown restrictions could be lifted, insisting that ministers must wait to see how infection and death rates develop in response to the vaccination campaign and whether virulent new variants of the virus spread in the UK.

And England’s deputy chief medical officer Jenny Harries warned: “We are not out of this by a very long way.”

Earlier on Monday, Boris Johnson raised hopes of imminent relaxations to lockdown, saying that ministers would consider the “potential” for easing restrictions in England in a review scheduled for 15 February and parents “mustn’t assume” that schools will stay closed to most pupils until Easter .

But Downing Street later moved to damp down expectations of changes at next month’s review, refusing to give any timetable for classrooms to reopen.

And the prime minister himself said any easing would be done cautiously, saying: “I don’t think anybody would want to see the restrictions lifted so quickly while the rate of infection is still very high so as to lead to another great spread of infection.”

Ministers are widely expected to tighten restrictions further at a meeting of the government’s Covid Operations (CO) committee on Tuesday, when they will discuss options for mandatory quarantine in airport hotels, GPS tracking for new arrivals from abroad or “whack-a-mole” targeted travel bans from countries where new variants are detected.

Mr Hancock signalled his support for quarantine hotels – an idea which chancellor Rishi Sunak is also know to be sympathetic towards – telling a Downing Street press conference it was “reasonable to take a precautionary principle” to protect the UK from new variants coming from abroad.

Despite falling numbers of positive tests for coronavirus, Mr Hancock said that numbers in hospital stand at around 37,000 – almost twice as many as at the first-wave peak of 19,000 in April last year – with a record 4,076 people on ventilators.

Health staff on Covid wards are “flat out and stretched to the limit”, said Mr Hancock saying it was “a duty on all of us” to support them by continuing to observe lockdown rules as long as it is necessary to keep a lid on the disease.

Public Health England’s Susan Hopkins said that intensive care units have more Covid patients than ever before, adding that death and hospitalisation rates would have to be “much lower” before experts could advise on a move back to regionalised tiers.

Mr Hancock said he was “delighted” at the speed of vaccination of top-priority groups, which has already seen 78.7 per cent of over-80s receive their first jab and only “very, very low” proportions refusing to be immunised.

But he said the public must remain “super-careful” about social distancing and hygiene rules.

“We’ve all frankly sacrificed too much, and it’s so important that we protect lives,” he said.

“We’re making progress with the vaccine. The end is in sight. We cannot put that progress at risk.

“There’s a promise of better days that lie ahead. We have to hold our nerve and persevere through this difficult winter.

“So it’s incumbent on us all, wherever possible, to stay home, protect the NHS and save lives.”

0 0 0 0
Previous : ‘My sister is pathetic’: Laura Ingraham’s brother slams her criticism of Dr Fauci on Twitter
Next : UK Covid variant causes 25% of new infections in Belgium