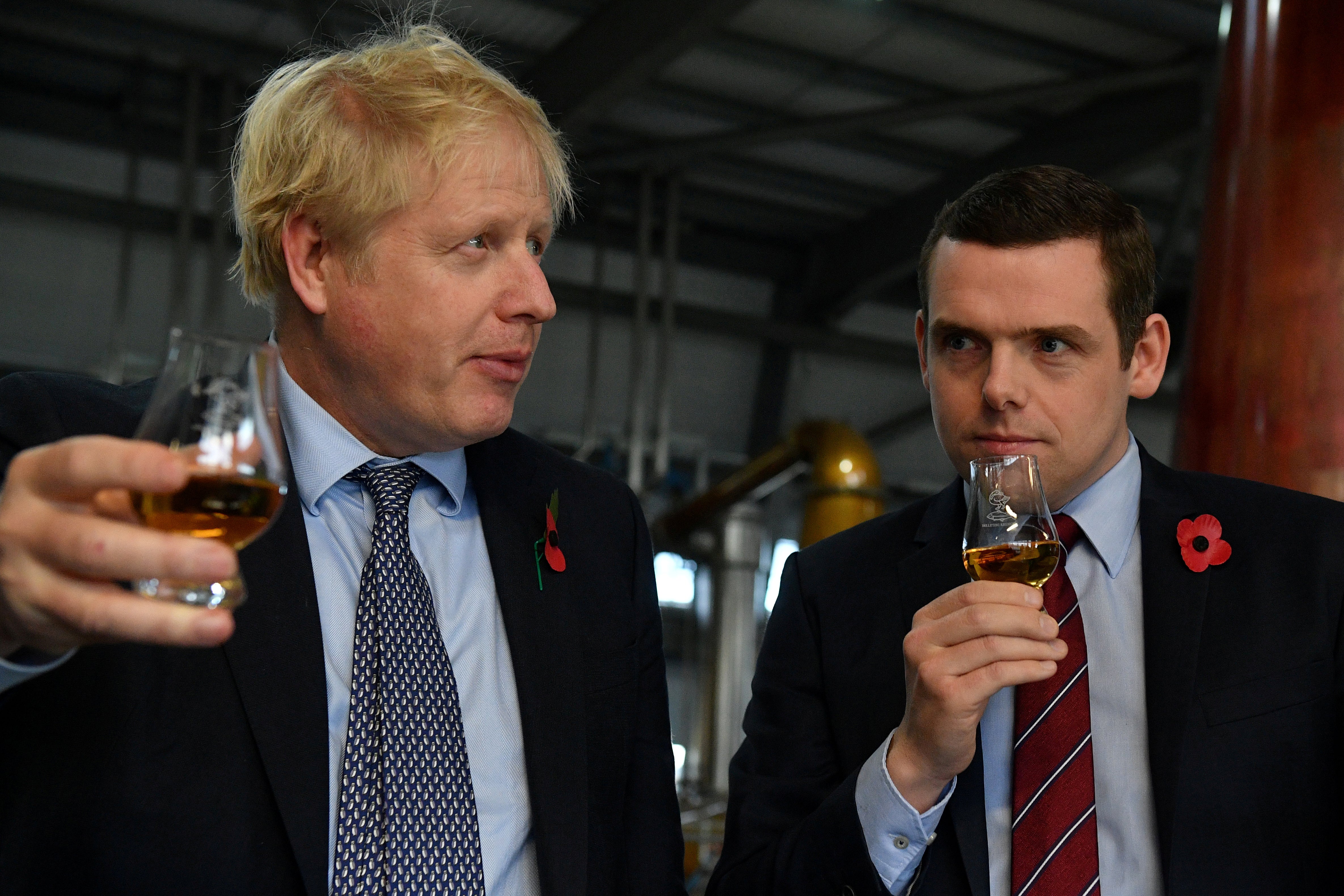 Scottish Conservative leader Douglas Ross has insisted politicians should boycott any “wildcat” referendum on independence without approval from the UK government.

As tensions mount over calls for a second referendum on Scotland’s future inside the United Kingdom, Boris Johnson also refused to say whether he would mount a legal challenge if Nicola Sturgeon pressed ahead with a vote without the agreement of UK ministers.

It comes after the SNP revealed an 11-point “roadmap” to a second ballot at the weekend, which made clear a “legal referendum” would be held after the pandemic recedes if May’s Holyrood elections result in a majority for Ms Sturgeon’s party.

It stated the Scottish government will again request a Section 30 order under the 1998 Scotland Act from the UK government claiming there would be “no moral or democratic justification for denying that request”.

The document added: “If the UK government were to adopt such a position its position would be unsustainable both at home and abroad.

“However, in the election, the SNP’s proposition, for which we will be seeking the express authority of the Scottish people, will be clear and unambiguous — if there is a parliamentary majority so to do, we will introduce and pass a Bill so that necessary arrangements for the referendum can be made and implements thereafter once the pandemic is over.”

In these circumstances, the SNP said the UK government could agree the Scottish parliament has the power to legislate for a referendum, agree for one to take place under a Section 30 order as was the case in 2014, or “take legal action to dispute the legal basis of the referendum and seek to block the will of the Scottish people in the courts”.

Despite polls pointing towards a decisive victory, Mr Ross told an event hosted by the Centre for Policy Studies that he did not believe it was “inevitable” the SNP would win a majority, adding: “Independence is not inevitable either, we have just got to change that narrative.”

He stressed the 2014 vote had been the “gold standard of referendums” then “no-one who believes in democracy should enter into this wildcat referendum that would have no actual bearing in terms of the outcome, would not be enforceable”.

He said: “It is moving all the focus away from what Scottish politicians should be concentrating on right now: protecting jobs, improving the economy, supporting communities right across the country, making sure our education system is fit for our young people.

“That is where the focus should be, not on wildcat referendums, which I would absolutely boycott because they would be an absolute waste of precious time and resources when our focus should be on defeating Covid-19, rolling out the vaccine and concentrating on our economic recovery.”

The Scottish Conservative leader added that only a Section 30 order would be the “correct mechanism” if another independence referendum were to be held, “as that is how the two governments agreed the 2014 referendum”.

Mr Ross went on: “They agreed that was the gold standard because it went through a Section 30 order, there was a discussion between the Scottish and UK government and agreed position in terms of the franchise, the date, the question was arrived at.

Asked earlier if he would legally challenge the plans for an advisory referendum, Mr Johnson told reporters: “The whole UK is going through a pandemic, I think what the people of the UK want to see is everybody focusing on beating that pandemic, which we are, rolling out the vaccine, and getting ready to bounce back from that pandemic and have the strongest possible economic recovery.”

Sidestepping the question, the prime minister added: “I think people also can see everywhere in the UK the visible benefits of our wonderful union.

“A vaccine programme that is being rolled out by a National Health Service, a vaccine that was developed in labs in Oxford and is being administered by the British Army, so I think the strengths and advantages of the union speak for themselves.”