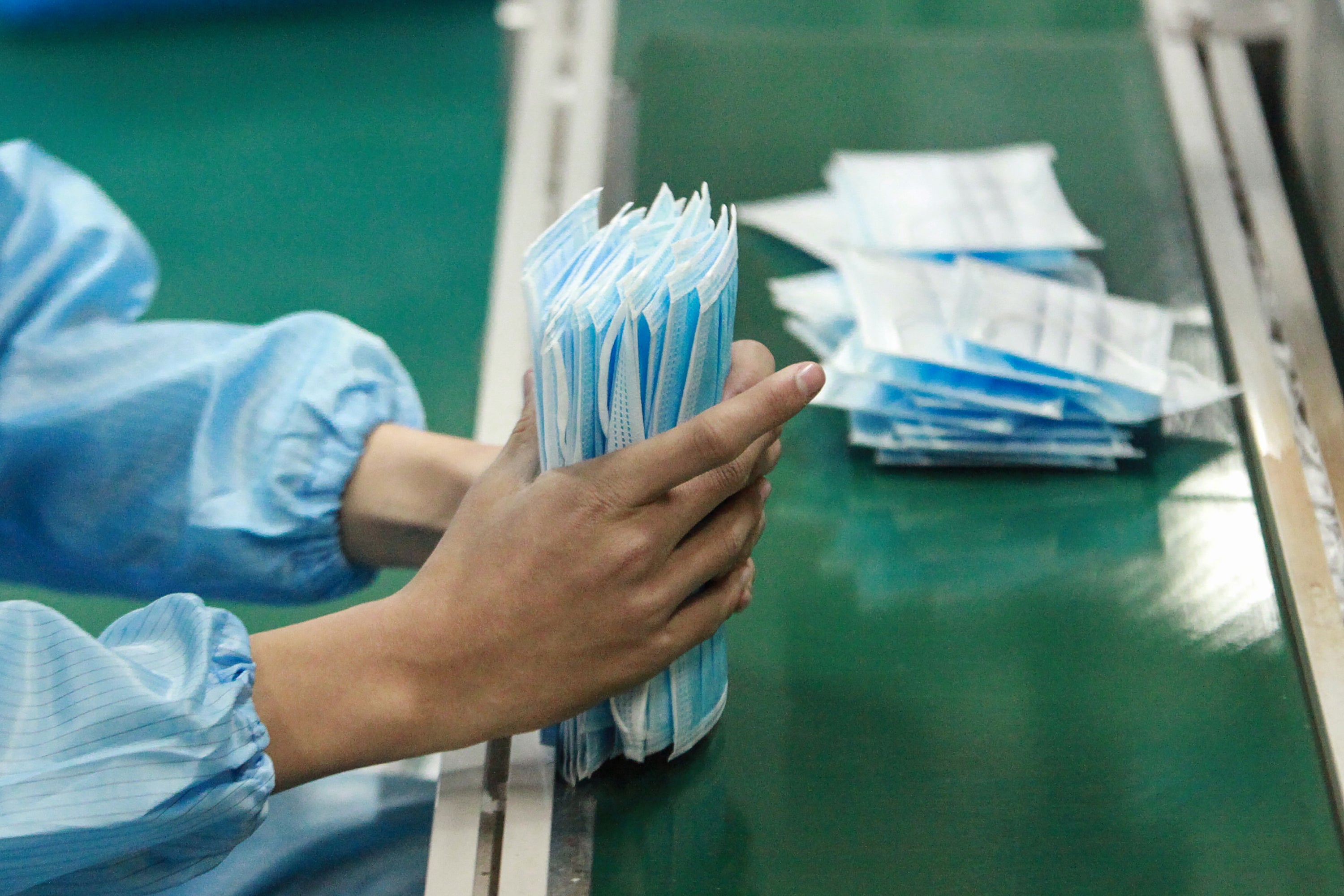 For 13 seconds, eyes were fixed on the maskless members of the Board of Education in Cobb County, Georgia.

School district employee Jennifer Susko pleaded with those on the board who were not wearing masks to put them on in honour of Hendricks Elementary School kindergarten art teacher Patrick Key, 53, who died on Christmas Day after he was hospitalised for about six weeks with Covid-19.

Mr Key’s obituary mentioned his appreciation for wearing masks: “Patrick felt passionate about wearing masks during the pandemic,” Ms Susko read during the public comment time of the Thursday meeting.

Then, Ms Susko asked for a moment of silence to honour Mr Key, and for board members to put on their masks “as a tribute to this teacher who did everything you asked of him, even teaching through a pandemic.”

For the next 13 seconds, some members looked down, a few shifted in their seats. All were quiet. Most were wearing masks, but at least two men, including Superintendent Chris Ragsdale, who were not wearing face coverings remained maskless.

“I would like the record to reflect that some of you did not wear a mask,” Ms Susko said after the long pause, “the final request of a Cobb teacher who died. Your actions in these two minutes have spoken louder than words.”

For Mr Key’s family, the inaction came across as indifference to the community’s loss, prompting them to speak out against the board’s mute reaction.

Mr Key’s widow, Priscella, posted a clip of the meeting on her Facebook page, writing, “I have many feelings but no socially appropriate words to describe them.”

Speaking on behalf of her aunt, Heather Welch called the moment “hurtful.”

Tensions between Cobb County teachers and school district administration have boiled over since the recent deaths of three teachers from the virus that has killed more than 416,000 people in the United States.

Cobb County, one of the most populous counties in Georgia, has reported 58,973 coronavirus cases, the third-highest number in the state, and has experienced a surge in infections since December. Nearly eight out of 100 people have tested positive in the county, double what that number was less than two months ago.

The rise in cases prompted the school district to switch to remote instruction for the end of the fall semester, but after winter break, in-person classes resumed, prompting frustrations from teachers concerned about their health.

More than 530 teachers died of Covid-19 last year, according to data compiled by the American Federation of Teachers, one of the largest teacher unions, and shared with The Washington Post.

After Mr Key died, Dana Johnson, a teacher at Kemp Elementary School, and Cynthia Lindsey, a paraprofessional at Sedalia Park Elementary School, also lost their lives to the disease caused by the virus. It isn’t known how the teachers became infected.

While the county and state do not have mask mandates, the school district requires all employees, students and visitors to wear masks in school buildings where social distancing is not possible.

Feeling that school administrators were more concerned with reopening than with those who died, more than 100 educators showed up to the board meeting in protest, the broadcaster WSB-TV2 reported.

Ms Susko and others complained that the district had done little to honour Mr Key, Ms Johnson and Ms Lindsey.

Ms Susko was emotional when speaking about the superintendent’s recent email remembering Mr Key, which included two sentences about the teacher and focused on the school district’s mission statement.

“We have already adapted our schools and our classrooms significantly, and we will continue to take every possible step to keep our hallways safe, our classrooms healthy, and our schools open both remotely and face-to-face,” Mr Ragsdale wrote, according to a copy of the email obtained by The Atlanta Journal-Constitution. “What will not change and what cannot change, is our commitment to every Cobb student as One Team, with One Goal.”

“Many of us will not forget that email, which came across as dismissive of Mr Key and made us feel much worse,” Ms Susko told Mr Ragsdale.

In an interview on Sunday, Ms Susko said she wrote two drafts of what she would say after the moment of silence if the mask-less members did or did not put on face coverings. But, she said, she knew which version she would utter.

“I had said to people beforehand that I didn’t expect them to,” she said. “I hoped that they would because it’s a death. It’s a big deal.”

Mr Ragsdale and board member David Banks, identified by WSB-TV2 as maskless during the meeting, did not respond to requests for comment from The Post, but a school district representative wrote in a statement that the board complied with the masking policy that allows people to remove their masks if they are physically distanced.

“As you can clearly see, in the case of our board meetings, the room has been intentionally spaced to allow for social distancing,” spokeswoman Nan Kiel wrote.

“The Cobb County Board and District’s hearts go out to the Johnson, Key, and Lindsey families. Cynthia, Dana, and Patrick were incredibly valuable members of our Team,” Ms Kiel wrote. “The outpouring of support for their families show how much they were loved and how they positively impacted every student, teacher, and parent who they interacted with.”

But Mr Key’s family is outraged by the administrators’ actions, or lack of, during the meeting.

“All it had to be was a few seconds of a demonstration of kindness and empathy,” Ms Welch said in an interview, “and they couldn’t even do it.”

Ms Welch said her uncle, a talented artist and doting kindergarten teacher, had not only a seemingly unlimited supply of patience but an eye for beauty.

When the pandemic began, Mr Key and Ms Welch frequently called each other to check in – discussing their concerns about people who seemed untroubled by the virus and conferring about everyday pandemic problems they experienced like eczema flare-ups from hand sanitiser and masks.

“He took it very seriously,” she said, adding that Mr Key complained when he saw people without masks in the grocery store.

“It was something on the forefront of both of our minds and we kept calling and making sure that we were both ok and we were still taking the proper precautions,” she said.

Her uncle did not have any underlying conditions that put him at risk of serious complications, Ms Welch said.

Patrick and Priscella tested positive In early November, and 10 days later his oxygen level dropped to a concerning level so he was hospitalised, Ms Welch said.

Mr Key could no longer talk on the phone with his niece: he had a tracheotomy leaving him only able to signal “I love you” via FaceTime to his wife. The family was hopeful though, as they discussed moving him to a long-term care centre to transition him off the ventilator.

But when they woke up on Christmas Day, the hospital told his wife to come as Mr Key’s condition had deteriorated. He died on his favourite holiday, Ms Welch said.

His death has been widely felt, from fellow teachers to Mr Welch’s grown up elementary school peers who remember Mr Key. A GoFundMe page set up by a friend has raised nearly $34,000 (just under £25,000) as of Saturday.

“The most important thing to us has been that his legacy and memory focus on his kindness and his giving heart,” Ms Welch said. “To that, I ask people to do the things that they’ve been asked to do forever: wear a mask, wash your hands, social distance.”