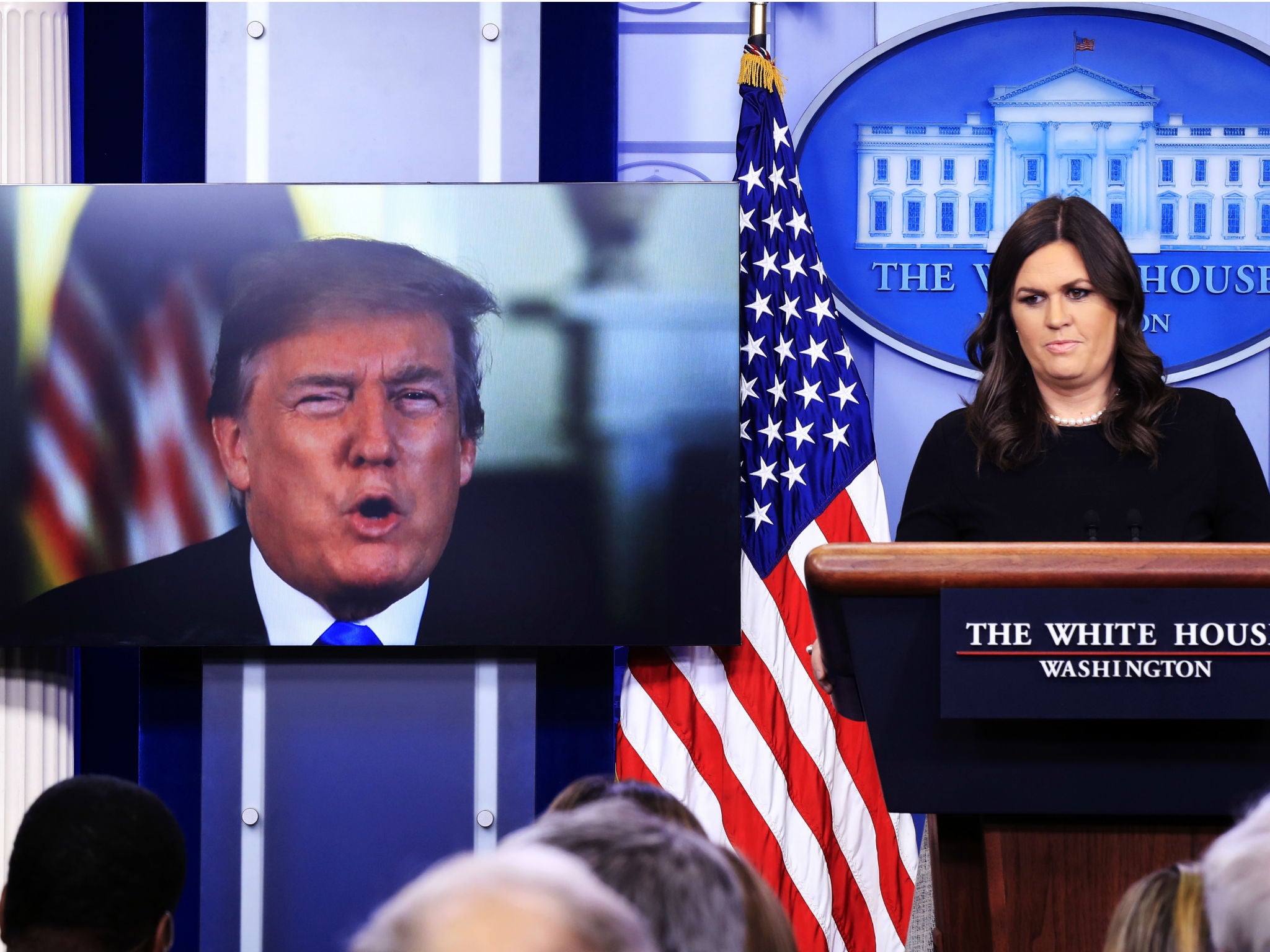 In a campaign announcement video released on Twitter, Ms Sanders, 38, says that “our freedom and the rule of law are under attack”.

She claims she was the first White House Press Secretary to require Secret Service protection “because of a credible, violent threat against me”.

She also criticises political violence, including the Capitol riots, but hits out at the solution of the “radical left,” saying that it’s to “impose government control and censorship from the top-down”.

She does not acknowledge the role of Trump or other political allies in the insurrection.

Ms Sanders goes on to claim that “their socialism and cancel culture” will only “further divide and destroy us”.

“Everything we love about America is at stake and with the radical left in control of Washington, your governor is your last line of defence”, she said.

Much like the president she served, Ms Sanders criticises political correctness, saying that “our state needs a leader with the courage to do what’s right, not what’s politically correct or convenient”.

While President Trump often called the press “the enemy of the people”, Ms Sanders didn’t use words quite as combative, instead saying that she “took on the media, the radical left, and their cancel culture,” adding “and I won”.

Ms Sanders was one of the longer-serving officials in the White House during Donald Trump’s presidency and is considered a close confidante. The former president has previously urged her publicly to run for the seat.

The daughter of Mike Huckabee, who was governor of Arkansas from 1996 to 2007, Ms Sanders was widely expected to announce her bid for elections soon after she left the White House in 2019 to return to her home state. No campaign launch emerged, but sources now say she had been laying the groundwork for candidacy, speaking to GOP groups around the state.

However, she is considered a strong candidate with the backing of the former president. The current governor of the state, Asa Hutchinson, also a Republican, is term-limited and cannot seek re-election next year. No Democrats have announced their bids so far.

Ms Sanders took over as Mr Trump’s press secretary in 2017 and was the first working mother and only the third woman to serve as White House press secretary. However, her tenure was marked by frequent spars with reporters who questioned the Trump administration’s policies, which led to the daily press briefings being halted for some time.

After leaving the position, Ms Sanders published a book and joined Fox News as a contributor. Her announcement comes a week after the end of Mr Trump’s term, and as he faces the start of an impeachment trial in the Senate.

0 0 0 0
Previous : Smartphones could be charged by invisible solar panels hidden in screen, scientists say
Next : The dream that became a nightmare: How hopes for Egypt’s Arab Spring uprising were crushed