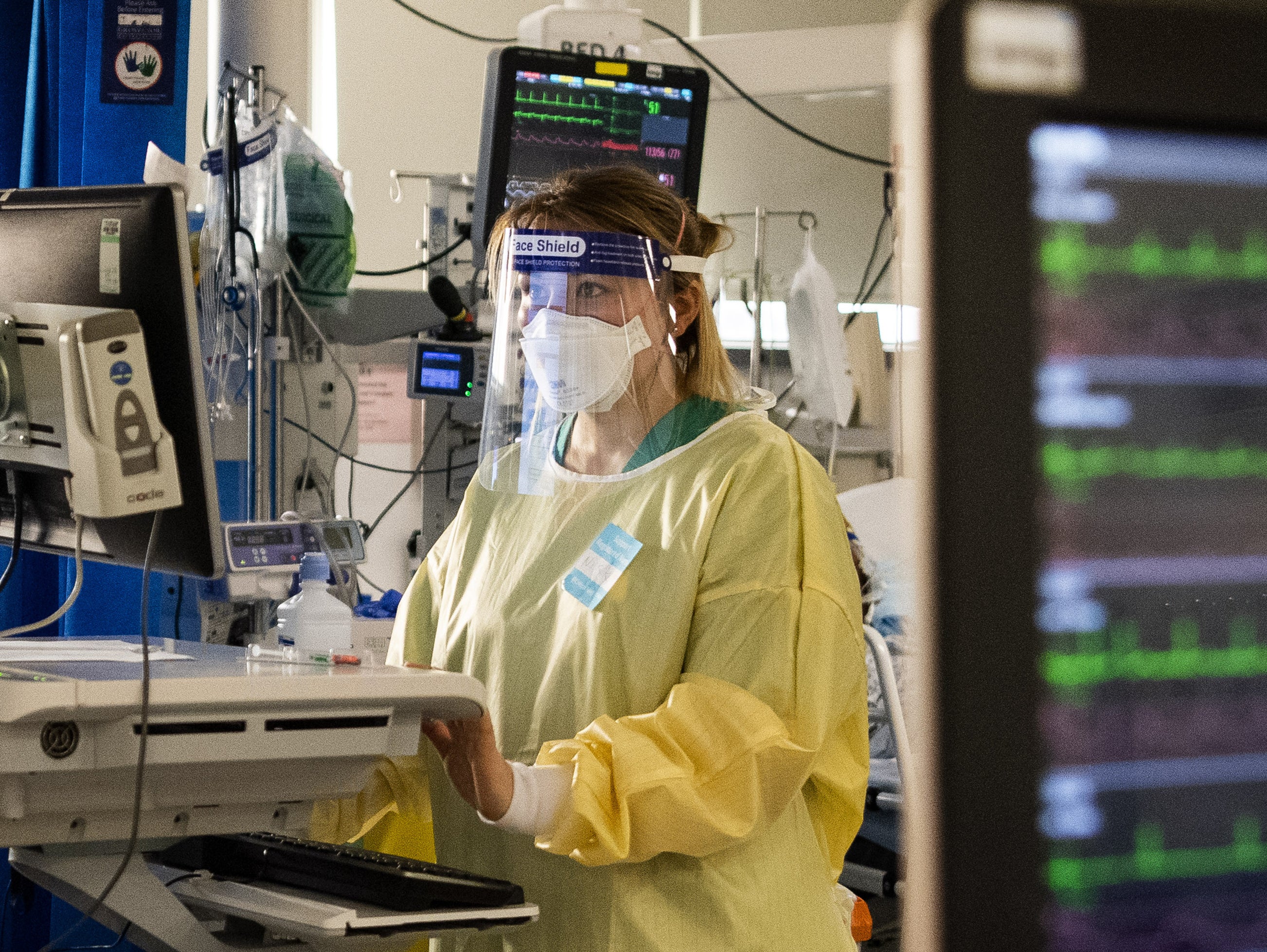 Scientists studying the effects of the new Covid-19 variant spreading in the UK have warned their research does show it is both more deadly and more transmissible.

In a briefing with journalists on Monday, Professor John Edmunds, from the London School of Hygiene and tropical Medicine, said the results of the study were “statistically significant” and underlined the need to take the virus seriously.

On Friday, Boris Johnson announced at Downing Street the preliminary results from several studies which appeared to show the new variant, which emerged in the southeast of England late last year, could be 30 per cent more deadly than the earlier form.

But at the weekend Public Health England medical director Dr Yvonne Doyle said it was still not “absolutely clear” the new variant was more deadly.

After the Downing Street press conference a report from the government’s New And Emerging Respiratory Virus Threats Advisory Group (Nervtag), warned there was a “realistic possibility” that the variant was associated with an increased risk of death.

The increase in the relative risk of death remains low overall for most people infected with Covid.

It would mean for 1,000 people infected, where 10 may have died previously, the new variant may kill an additional three or four people.

Explaining the science behind the research, Prof Edmunds said: “It is statistically significant. It’s a very large data set, it’s about 850,000 cases that are included. And in terms of deaths, it’s between 1,400 and 1,900 deaths so it’s quite a large sample size.

“Any way that we do it … pretty much every time we get an estimate, which is very similar of a hazard ratio of about 1.3, so a 30 per cent increase. The other groups have done slightly different methods using the same data effectively and come up with similar kind of results.”

Peter Horby, professor of emerging infectious diseases at University of Oxford, and chair of NERVTAG, said the changes in the new variant may explain how it was able to spread more easily between people and why it may lead to more severe disease in some patients.

He said: “What we believe both structurally and from lab data is that this change means that the virus can bind much more strongly to human cells, which means that it may make it more easy to become infected with the virus.

“That’s the most plausible biological explanation for the observed increase in transmissibility and possibly the increase in severity that we that we may be seeing.”

Prof Edmunds added the increased transmissibility and risk of death was “a serious turn for the worse.”

He said the full research on the new variant would be sent to a scientific journal for publication within days.

Graham Medley, professor of infectious disease modelling, London School of Hygiene and Tropical Medicine said that despite the uncertainty of the data, it is clear the new strain is not more benign.

He explained: “One of the possibilities was that this new variant would cause less mortality, it would be less virulent.

“And I think we can be absolutely sure that’s not the case.

Despite the increased threat from the new variant the researchers said the existing lockdown measures would remain key to reducing infections and deaths and they said there was no evidence the vaccines and existing medical treatments such as dexamethasone were not effective against it.

Peter Horby added: “The core principles of control remain exactly the same for this virus as the old variants.

“There’s no evidence that this new virus is evading any of the treatments that have been found to work or any of the vaccines.

“It just highlights the importance of continuing to drive down the numbers of infections occurring.”